5 Things We Learned From Week 1 Of The NFL

With week 1 of the NFL season in the bag, here’s what we learned:

1) The Broncos are the early AFC favourites

Last year, the Denver Broncos were one of the best teams in the league. Since losing to the Ravens in the AFC Championship Game, the Broncos have given Manning even more weapons to play with and he took full advantage of them by becoming the first quarterback to throw for 7 TDs in a game since 1960. Wes Welker seems to have already developed a close relationship with his new quarterback, while Julius Thomas impressed with two TDs in Denver’s demolition of the defending champions.

2) The Patriots lack depth at the receiver positions

It was always going to be difficult for the New England Patriots to replace Wes Welker and Aaron Hernandez during the off-season, especially since Hernadez’s situation was so unique and late in the summer. They badly need Rob Gronkowski back as Tom Brady was only able to complete 56% of his passes against a Buffalo Bills team that were missing Jarius Byrd and Stephon Gilmore. Although Julian Edelman and Danny Amendola impressed, the Patriots looked very thin at receiver during the times when Amendola was forced off the field with a groin injury. Rookies Kenbrell Hopkins, who was targeted 14 times for 4 catches, and Zach Sudfeld, who failed to record a single catch and was actually at fault for Brady’s interception, fell way short of the preseason hype. 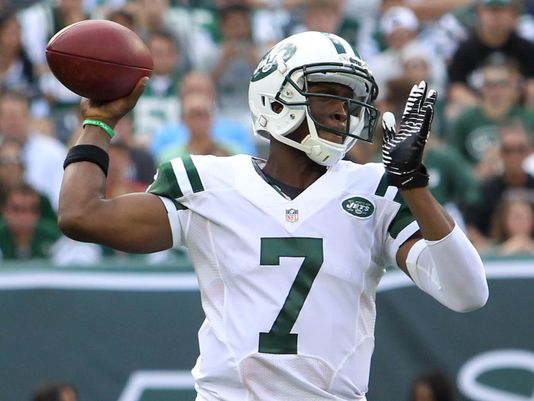 Jokes about the Jets recording a winless season have already had to be shelved until next year, as Geno Smith led his new team on an unlikely game-winning drive as they beat the Tampa Bay Buccaneers by a point, although the comeback was largely thanks to the Bucs giving away an idiotic personal foul penalty. This Jets team still have an awful lot of problems, but a week is a long time in sports and Geno Smith now has a 100% record as an NFL starting quarterback.

The Jaguars are probably the worst team in the league at the moment. They only managed to score a measly two points against the Kansas City Chiefs on Sunday, through a blocked punt for a safety. Despite a 2-0 lead in the first quarter, the Jaguars never looked like scoring in what was the NFL’s first ever 28-2 scoreline. Fans of the NFL’s International Series should be looking forward to seeing Teddy Bridgewater or Jadeveon Clowney for the next few years.

5) The NFL is definitely a passing league

Although we’ve known this for years, week 1 of the 2013 season really solidified the fact that the NFL is now a passing league. There were 12 quarterbacks who registered more than 300 yards of passing (with Sam Bradford just missing out with 299 yards), while there were only 3 rushers to gain more than 100 yards, and one of them was Raiders quarterback Terrelle Pryor. As the Vikings showed last year, a great running back can only take you so far in this league.