5 Things To Expect From WrestleMania 38 This Weekend

The Grandaddy of them all WrestleMania 38 takes place this weekend in Dallas, Texas in the massive AT&T Stadium. Over 100,000 spectators are set to watch two nights of fantastic wrestling, filled with drama and excitement.

WrestleMania is always a time of year where everyone becomes a wrestling fan again. Those who reminisce about their childhood heroes watch and get to rekindle that magic. What's great about wrestling is that you don't have to be watching the product week-in-week-out to enjoy it.

For those coming into this year's 'Mania cold, here's just five things to watch out for and expect from WrestleMania 38 this weekend.

What To Look Out For At WrestleMania 38

Arguably the biggest wrestling star ever to live Stone Cold Steve Austin will be returning to his home state of Texas this weekend as a guest on the KO Show at WrestleMania 38.

Kevin Owens has called Stone Cold out last month and invited him to be a guest on his show at Mania. The Texas rattlesnake was quick to reply and accept the invitation and eluded to the confrontation getting physical.

Since then Owens has been poking the bear and last week he donned a bald cap and entered the ring to Stone Cold's music.

This is the closest we could ever get to a Stone Cold Steve Austin return match. He's been retired since losing to The Rock in WrestleMania 19 after his neck issues caught up to him.

That's right, Ireland's own Becky Lynch is fighting at Mania for the first time since 2020 when she defends her Raw Women's Championship against Bianca Belair on Night One.

Lynch has been on a role since returning to WWE after maternity leave at SummerSlam 2021, where she defeated Belair in seconds. Since then Lynch has done everything to hold onto her belt but she has her biggest task yet facing Belair.

This match will be the first women's match in WWE history to contain the victors of two WrestleMania main events. Of course we all remember Lynch toppling Charlotte and Ronda Rousey in 2019 to become double champ and last year Bianca Belair main evented Night One of WrestleMania 37 against Sasha Banks and won.

Becky Lunch's husband Seth Rollins is also on the WrestleMania card, but he doesn't know who he's facing yet. Rollins has been desperately trying to get a Mania match in recent weeks. He fought for the Tag Team titles alongside Kevin Owens but lost and since then he's antagonised WWE and Mr. McMahon.

However earlier this week Mr. McMahon told Rollins to his face that he will have a match at Mania, and that he'll hand pick his opponent.

This has got the rumour mill swirling all over the shop. The biggest rumour has to be that this match will be the return of Cody Rhodes to WWE. Rhodes left WWE in 2016 and embarked on one of the best independent careers ever. Manu credit him with shining the spotlight on independent wrestling and with his new found fame, he was one of the founders of AEW.

AEW have been WWE's biggest competition since WCW in the 90's and they have even gotten the better of WWE in the ratings. However Rhodes left the company he helped found earlier this year, with his return to WWE imminent. For those Attitude Era fans, this will be like if Eric Bischoff or Sting left WCW in the middle of the Monday Night Wars to join WWE.

Other rumoured opponents are Shane McMahon, who will almost definitely pull out a crazy stunt, and also US Olympic Wrestling Gold Medalist Gable Steveson. Steveson signed with WWE last year and is tipped to be the next Kurt Angle, who too got a Gold Medal in Wrestling at the Olympics.

#4 Ronda Rousey Is Back!

For the first time since WrestleMania 35 in 2019 Ronda Rousey will be fighting for a title when she takes on Charlotte Flair for the Smackdown Women's Championship.

Rousey earned the right to face Flair after returning at the Royal Rumble earlier this year and won the showpiece event.

Rousey has only had one full year in WWE from 2018-2019 and in that year she dominated the whole competition. She didn't lose a match and wasn't pinned until Becky Lynch got both of her shoulders down in WretsleMania 35.

But now she's looking to reclaim what's rightfully her's, the women's title. She'll once again be in the Main Event as her match with Charlotte will main event Night One of Mania and in turn they'll both become the first women to main event more than one Mania

And to finish it all off we have arguably the two best wrestlers on the planet face each other as Roman Reigns and Brock Lesnar go at it once more at WrestleMania 38. This will be a title unification fight as Lesnar's WWE title and Reigns' Universal title are both on the line.

These two have fought at Mania on two other occasions but what's different now is that Reigns has Lesnar's long-time advocate Paul Heyman in his corner.

Lesnar has become a free spirit since returning to WWE last year. He is regularly wearing a cowboy hat and has a "I don't give a sh*t" attitude that has given him some of his most entertaining promos of his career.

Reigns on the other hand is a calculated Mafia Boss-type character who methodically makes every decision with the help of Heyman and his family.

It's all set up to be a great weekend of wrestling with even more matches like Edge vs AJ Styles, Johnny Knoxville vs Sami Zayn and Logan Paul is making his in-ring debut alongside the Miz as they take on the Mysterios. 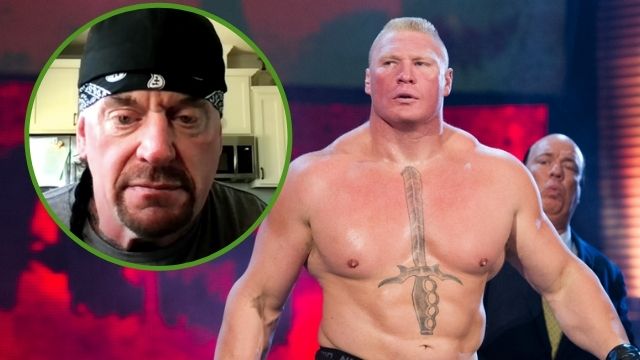