The NFL regular season is almost one quarter finished already. With that in mind, Kevin Beirne has five things you should look out for this weekend.

1) Will the Saints stay undefeated? 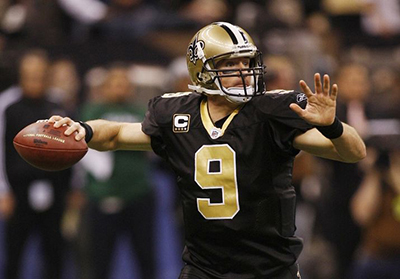 This has been a very good year so far for New Orleans. They are 4-0 so far and are looking like they could cause an upset in the NFC. This week, they travel to Chicago to take on a Bears team who suffered their first defeat of the year away to the Lions last Sunday. Although the Saints are undefeated in four games this year, three of those came at home. In their one road game this year, they narrowly overcame a struggling Tampa Bay team.

If the Saints want to mount a challenge in the ultra-competitive NFC this year, they will have to learn how to up their game outside of Louisiana. This week’s trip to Chicago is followed up by their trip to New England to take on the Patriots before they get a week off for their bye. In previous season, the Saints have been a much less effective team on the road than at home. This needs to be fixed if they want to stand a chance this year.

2) How will the bye week help the Packers?

Green Bay were able to avail of a day off last Sunday as they had their bye week. They need to hit the ground running as they look to turn their fortunes around after a 1-2 start. They have the perfect opportunity to right the ship this weekend against the 3-1 Detroit Lions, who are leading the NFC North.

If the Packers lose on Sunday, they will drop to 1-3, while the Lions will open up a massive gap at the top with a 4-1 record. Aaron Rodgers & co. have had an extra week to prepare than Detroit, so there can be no excuses if they fail to beat them at home. The Packers came into the season as some people’s favourites, but it would be very difficult for them to come back if they lose on Sunday.

3) Can Seattle win back-to-back on the road? 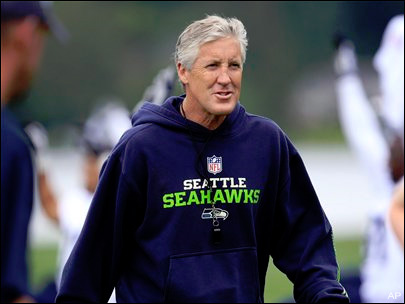 Coming into the season, the biggest question mark hanging over the Seahawks was about whether or not they could win on the road. Last week, they overcame the Texans away from home, but only after mounting a late 17-point comeback and forcing overtime. This week, they travel to Indianapolis to take on Andrew Luck’s Colts.

It will be very difficult for Seattle to win this week having already spent a week on the road, and with their last game going to overtime. A second consecutive away win against a strong AFC South team would do wonders for the confidence of an already confident team. The Colts, however, will be looking for a statement win against one of the top teams in the league.

4) Can the Patriots keep winning?

Tom Brady and the New England Patriots find themselves with a 4-0 record, despite all of their issues this year. On Sunday, they take on a Bengals team who will be looking to make a statement after a poor display against the Browns in week 4.

New England go into every game with the expectation that they will win, but the fact that this game is in Cincinnati might just tilt this game in the Bengals’ favour. The Patriots will look to shut down AJ Green and limit Giovani Bernard. If they can do that, then they can take control of the AFC East.

5) Who will bounce back, the Ravens or the Dolphins? 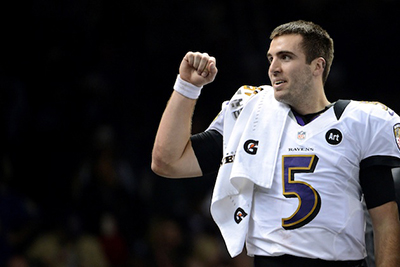 The Dolphins and the Ravens both need a win this weekend after disappointing losses last week. The defending champions lost to the Bills last week and will stay on the road as they travel to a Miami team who will be upset that they were handily disposed of by the Saints.

This might be the kind of game that will suit the Dolphins. The Ravens like to pressure the quarterback, but Tannehill is extremely effective when blitzed. Last week against the Saints, Tannehill was only blitzed three times, as the Saints forced him to beat their coverage. Even though this worked, it’s unlikely that the Ravens will deviate from their usual gameplan, so the Dolphins might be heading into their bye week at 4-1.