Malcolm In The Middle is one of those shows that captured the imagination of the Irish public and had us tuning in week after week when the show first popped up on Sky One.

And it's easy to see why. The character of 'Hal' played by Bryan Cranston has to be one of the greatest ever seen in a family TV show, and the consistency in terms of the quality of episodes that were put out was remarkable for a show that ran as long as it did.

We saw Dewey grow from a lovable infant into a moody teenager, we saw Lois lose her shit with terrifying regularity, and we saw far too little of Francis, but we also saw some solid sporting moments in there too.

As we do, we had a look back through the classic TV comedy to pick out the sporting moments that stick out in our memory. The entire series is on Netflix, by the way, so be prepared to want to binge-watch it. 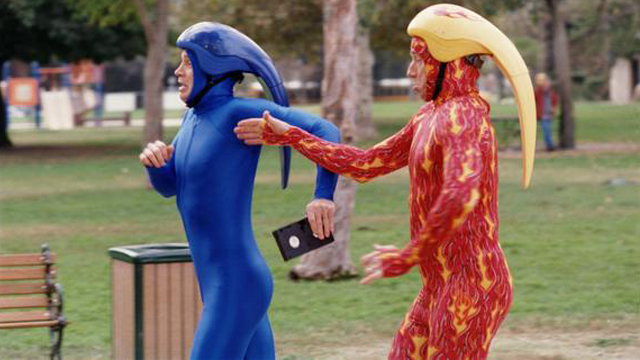 Hal in that speed-walker get-up never failed to get laughs, and whoever designed that helmet was a comedy genius. This episode is always one that comes to mind when you think of the best Malcolm episodes, and with good reason. The slow-mo scenes... Perfection.

Another all-time great TV moment here, as many children were introduced to the magic of 'Funky Town'.

You do NOT test Hal's methods, and why would you when you see how gracefully he skated around that school-yard.

Skipping School And Work To Go To NASCAR 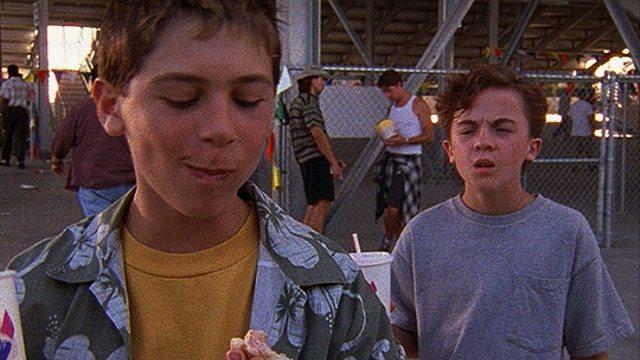 The dream scenario for young lads everywhere, skipping school with your Dad to go watch motorsports.

Hal being the only one interested in the race, Dewey getting lost and sunburnt to a crisp, Reece and Malcolm getting into trouble with the police, Lois' reaction when they arrived home... This episode had it all.

The Boys Vs Hal In Basketball

Bryan Cranston at his absolute best, being that Dad who absolutely dominates his kids at sports until they are old enough to beat him.

Hal's attitude and the teamwork that the boys used to finally beat their Dad were what made this episode special. It was beautifully done.

Hal Turns Dewey's Soccer Team Into A Pack Of Killers 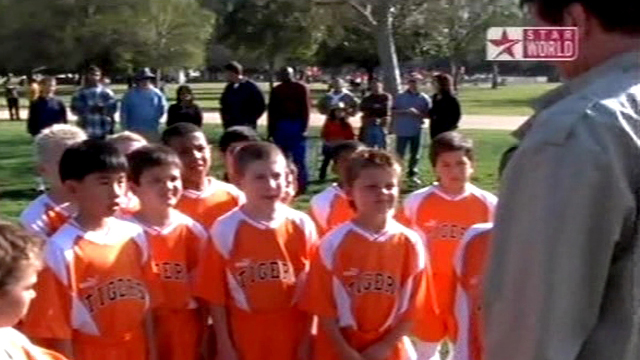 When Hal became upset at how poorly his son's team was performing, and how little fun they were having, he tried to get them pumped up by fabricating a few stories about the opposition...

The results were incredibly funny to watch as the frenzied kids beat the shite out of their opponents and got kicked out of the league. It's no coincidence that almost all of these moments involve Hal, by the way.

When Francis took off for Alaska, many fans of the show feared we wouldn't see much of him anymore, but instead we saw some of his finest moments, including when he was forced to fill in for the goalie of the hockey team.

Nobody quite did family-friendly slow-mo fight scenes like Malcolm In The Middle.

The Amazing Fight With Clowns At The Batting Cages

What's that? Another family-friendly slow-mo fight scene? You bet your ass it is.

The moment Lois realises that she absolutely loves her dysfunctional family of misfits as they beat the crap out of a party of clowns at the batting cages is yet another unforgettable moment from an unforgettable show.

SEE ALSO: 9 Of The Best Sporting Moments In 'Friends'

SEE ALSO: 12 Of The Very Best Sporting Moments From 25 Years Of 'The Simpsons'

American Sports
2 weeks ago
By Michael McCarthy
Tom Brady Has Picked His New Team... And It's A Weird Fucking Choice
6

American Sports
1 day ago
By Sean Meehan
Kobe Bryant Posthumously Inducted Into The Basketball Hall Of Fame
American Sports
2 weeks ago
By Michael McCarthy
Tom Brady Has Picked His New Team... And It's A Weird Fucking Choice
American Sports
3 weeks ago
By Balls Team
The 8 Most Underrated Characters In Friday Night Lights
Popular on Balls
GAA
1 hour ago
By Gary Connaughton
Mayo Hurler Runs Marathon In Garden To Raise €40,000 For HSE & Cancer Charities
2