'Last Chance U', the extremely well produced Netflix original series on the trials and tribulations of East Mississippi Community College, saw its second season officially released back on July 21st, so if you haven't gotten around to it yet then we're here to give you that nudge to get going.

Having fallen in love with the first season for it's outstanding ability to get you emotionally invested in not only the players, coaches, and staff involved in every episode, but also the results on the football field too, we had very high expectations going in, but any fan of the first season should have absolutely no concerns about the second.

Not only does it offer more of the same in all of the areas that were good about the debut season, but it builds on that and adds even more to enjoy which left us genuinely gutted that it was gone once the 8 episodes had been watched.

You shouldn't need any more convincing to get stuck in at this stage, but just in case, here you go.

1. The new characters have some incredible backstories. 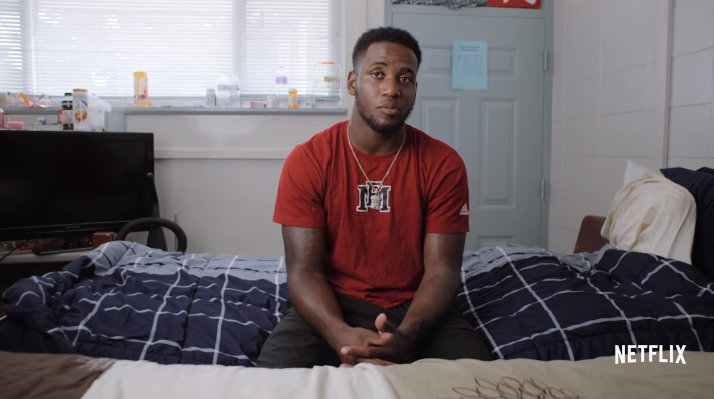 Things have been kicked up a notch regarding redemption stories this time out. The recruitment policy of finding talented players who had fallen out of Division 1 schools for whatever reason and giving them another shot has provided coach Stephens with some players with incredible ability for season two, but the history and backstories of the new cast makes for compelling viewing. 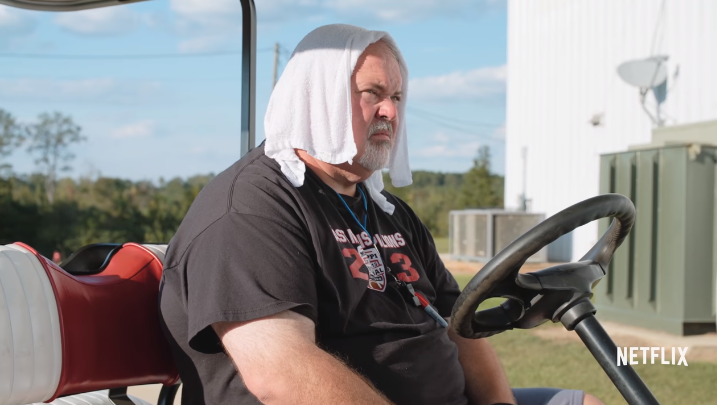 There's no questioning that the head coach of EMCC, Buddy Stephens, came out looking bad from the first season of filming, and he even admits himself that he didn't like what saw when he watched it back, so the main man had a look in the mirror and decided it was time for change.

That said, old habits die hard, and now every game, or even training session, involves Buddy trying his absolute best to not freak out and question the existence of anybody who makes a mistake.

3. The growth (and potential) of Isaiah Wright. 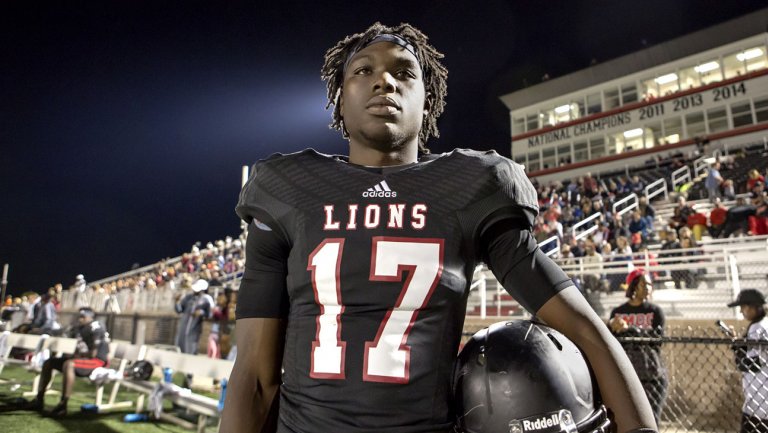 In season one we saw flashes of the sensational running ability of Isaiah Wright once DJ Law went down injured, but now as the #1 running back for EMCC we get to see just how good he is. And holy shit.

Wright is someone who can legitimately go on to play in the NFL one day, so to be able to not only see his growth throughout a season, but to learn more about his difficult past and his motivations for success is a very cool thing.

4. The added obstacle at the start of EMCC's season. 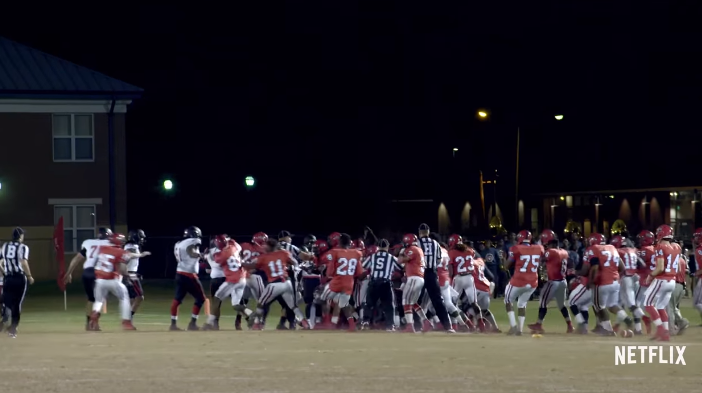 If you watched season one, there is no chance you would have forgotten how it ended. Well, that huge incident meant that anyone involved was unable to play in the first game of the new season, which means that EMCC were forced to play that game with a team filled almost exclusively with freshmen out of high-school, and essentially half of a normal roster.

We won't spoil the result, but it makes the challenge of seeking revenge for last year even greater for the Lions right from the start.

5. How well the show deals with the success of the first season. 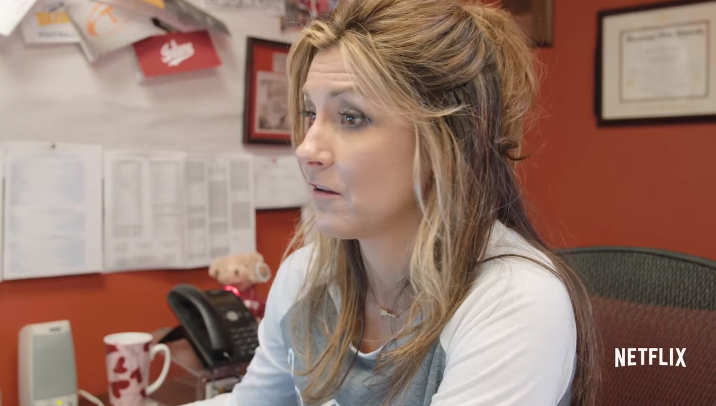 Considering how the stars of the first season like Buddy Stephens, Brittany Wagner, and some of the players would have known how positive the feedback from the first season was, there was always a fear that they would be affected and 'play up' to the cameras this time out.

Thankfully, that is not the case at all.

The stories, the people, the emotions, they are all still genuine, and the show in no way feels forced as the natural story of the football season alongside the development of the players as men makes you want to watch the next episode straight away.

6. Familiarity with the opposition. 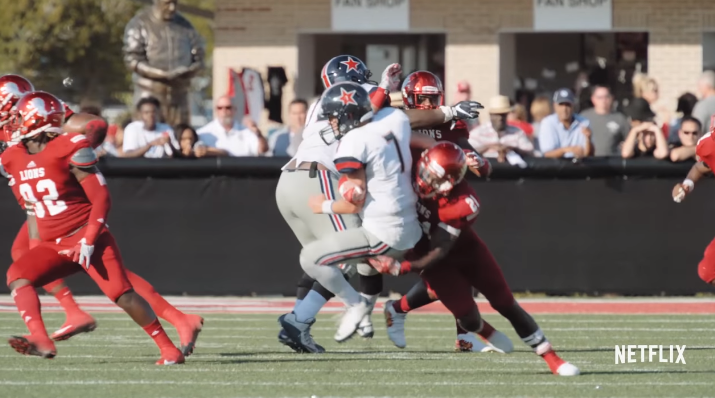 Those of us outside the state of Mississippi could be forgiven for knowing nothing of the state's JuCo football scene heading into the first season, but this time out we know a little bit more about what each game means in the build up to it by having a point of reference.

This adds tension to the preparations, and results in us being more emotionally invested in the results of the matches, which are presented so well you'll find yourself celebrating a touchdown that was scored over a year ago.

7. The tension that comes with expectation and the need for redemption. 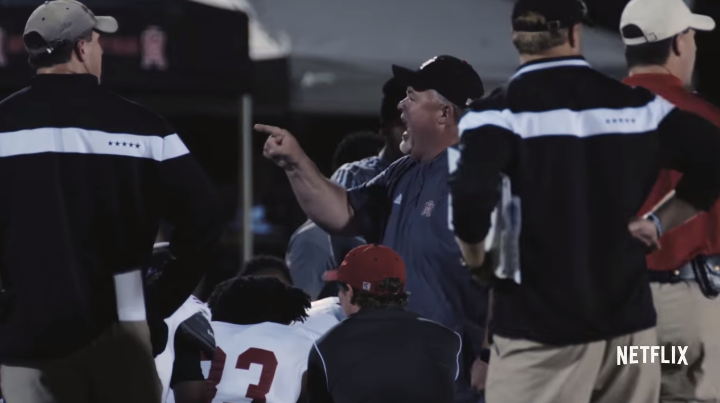 The ending to season one was so incredible, so outlandish, that it almost plays a character in the second season by how much it is referenced and used as a tool to remind the players that while EMCC is one of the strongest teams in the country, there will always be an added incentive to take them down.

Results matter more because you know from the first episode that anything other than a national title will be a disaster.

Last Chance U season 2 is out on Netflix now and is a continuation of what was, for us, the best sports TV series in a very long time.

American Sports
9 months ago
By Mark Farrelly
Bret Hart Explains The Secret Plan They Had To Make Stone Cold Bleed At Wrestlemania 13
American Sports
2 years ago
By Gavin Cooney
"The NFL's Worst Nightmare" - George Visger's Battle With Brain Injuries And The Hypocrisy Of The NFL
American Sports
2 years ago
By Mikey Traynor
Dublin's Aidan Igiehon Explains How He Became One Of The Hottest Prospects In US Basketball
Popular on Balls
Football
9 hours ago
By Gary Connaughton
McCarthy Stresses Form, But Will He Practice What He Preaches In Irish Midfield?
4

Rugby
11 hours ago
By Gary Connaughton
Watch: O'Driscoll And Dallaglio Speak Nothing But Sense On Saracens Mess