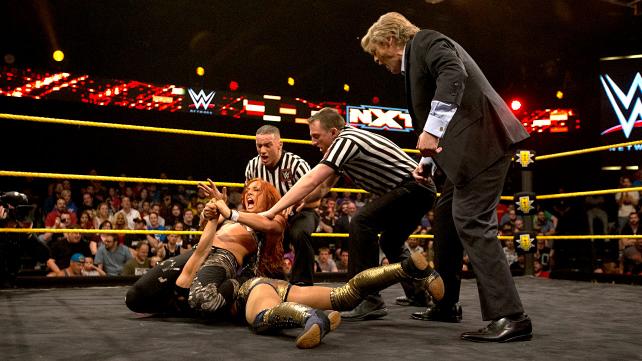 Tonight marks the latest big night in the world of wrestling for Ireland, as two of our brightest talents fight for major accolades in 'NXT Takeover: Unstoppable' on the WWE Network. Becky Lynch challenges Sasha Banks for the NXT Women's Championship, while Finn Balor fights for the No 1 Contendership to Kevin Owens' NXT Championship when he takes on Tyler Breeze. Rick & Don preview the event and give their quick picks.

In addition to all this, 'Low Blows Live 3' and our trademark WWE table quiz was announced last week to take place in Woolshed Baa & Grill on Wednesday 10th June, and it's FREE. Find out all the info and how you can claim your free tickets on the show.

You can subscribe to 'Low Blows' on iTunes and all good podcasting apps and have each new episode delivered to your PC/smartphone for free as soon as it's released. You can also follow the guys on Facebook, Twitter or Snapchat (HashtagLowBlows).