With week 1 of the NFL season in the bag, Kevin Beirne suggests five things to keep on eye on in week 2.

1) Who will win the battle of the West? 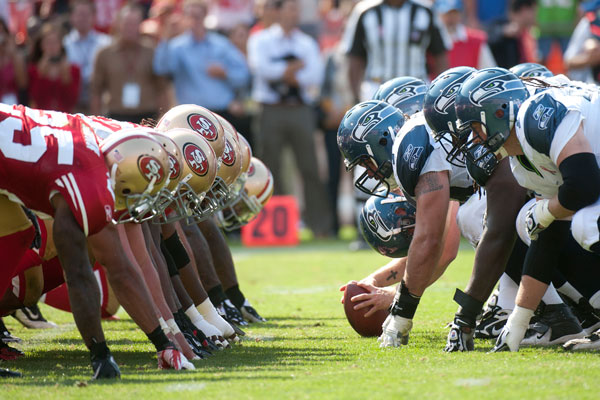 In the game of the week, the San Francisco 49ers travel to Seattle to take on the young pretenders to not only their NFC West crown, but the NFC one too. Many have predicted that one of these two will be the NFC representative in Super Bowl XLVIII, with the Seahawks the favourites going into Sunday’s game.

It looks to be a thrilling encounter, as two of the most exciting young quarterbacks in the league face-off. It’s far too early to say who is the better of the two, but Sunday’s game will give us a chance to see them in direct competition, as Kaepernick looks to avenge last season’s week 16 hammering. Also, the losing quarterback has to shave his eyebrows, apparently.

2) How will the Packers and Redskins bounce back?

Last week, Colin Kaepernick’s 49ers overcame the Green Bay Packers in a great game. Green Bay’s defense has been questionable for a long time, and it looks like they will continue to have a hard time against the new wave of dual-threat quarterbacks, such as their opponent this week: Robert Griffin III

Washington are also coming off a tough loss, and it will be interesting to see how RGIII bounces back from his first ever multiple-interception game as a professional. With the game being played in Green Bay, you’d have to give the edge to the Packers, but the Redskins won’t just roll over and let them win.

3) Battle of the Mannings 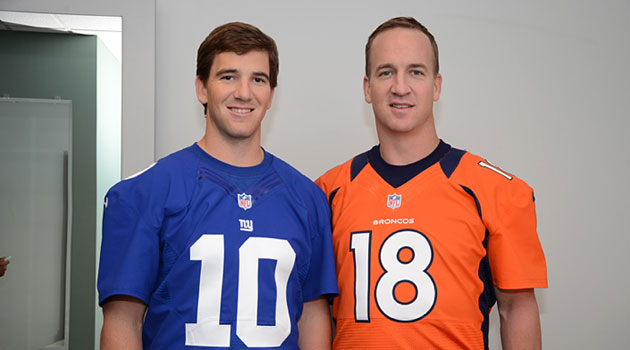 For the third time in their illustrious careers, Peyton and Eli Manning will go head-to-head. Considering the fact that Eli, the younger of the two, is in his tenth season, it is amazing how the two have not played each other more often.

It is unfortunate that they have met during a time in which the Broncos are so clearly stronger than the Giants, but the presence of the two Mannings adds some spice to what would be an otherwise bland fixture. The fact that it is in New York means that the Giants will have a chance of an upset against a potentially complacent Broncos.

4) How can the Patriots help Brady?

As outlined in the review of week 1, the Patriots are stretched extremely thin at the receiver positions. Danny Amendola didn’t even last an entire game without picking up an injury, and with Gronkowksi out, Tom Brady will have to rely on Julian Edelman and Stevan Ridley to make plays in the passing game.

Bill Bellichick has shown during both the pre-season and the first week of the regular season that he does not yet fully trust his rookies, but New England have been left with no other choice. The Jets will hoping to take advantage of a malfunctioning offense, despite their own obvious flaws.

5) Are the Bears an NFC dark horse? 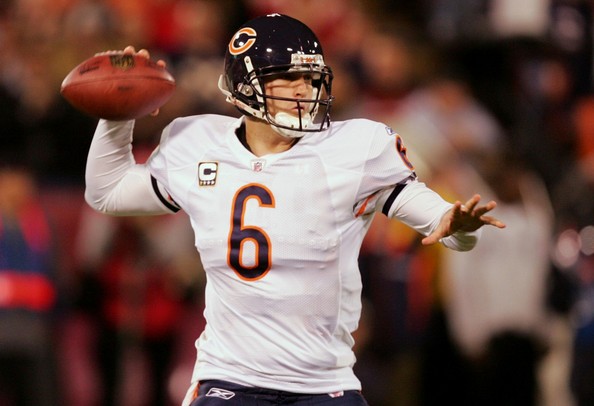 The Bears quietly did their business on Sunday and came away with a win against a Bengals team that have been tipped by many to do big things this year. With their game against the Vikings being shown live on Sky, we have our first chance to see if the Bears might be a dark horse in the ultra-competitive NFC.

Although the Vikings aren’t exactly one of the front-runners this year, they do pose a significant threat with Adrian Peterson running the ball. Chicago’s ability to stop the run will be tested to the maximum as they look to go 2-0 under everyone else’s radar.