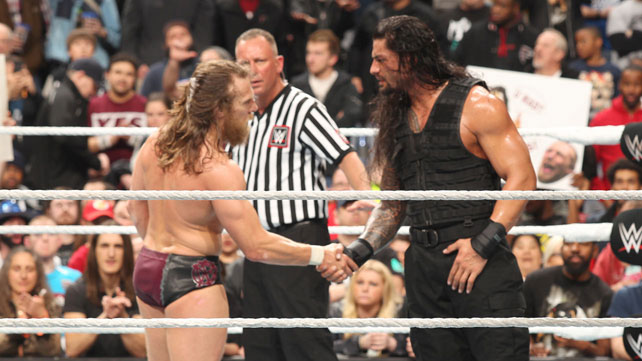 Alright, calm down. Every year panic sets in during WWE's February pay-per view as fans realise how close we are to WrestleMania and how little is actually set in stone. The card tends to disappoint - with WWE not yet willing to show their hand for the next month's 'Grand Daddy of 'Em All' - and though in previous years we've had the prospect of an Elimination Chamber match to console us, with that idea being shelved in favour of the 'Fast Lane' concept in February, a poor offering from WWE last night (not helped by a silent Memphis crowd in attendance) doesn't necessarily spell doom for WrestleMania 31. Besides it was free, either on the WWE Network or (randomly) on Sky One. So chill.

What did we learn ahead of Mania? Well Roman Reigns is officially slated to go one-on-one with Brock Lesnar after a clean win over Daniel Bryan in the night's fun main event. Bray Wyatt challenged The Undertaker after doing a mock-Deadman entrance. Sting and Triple H was effectively made official after the two brawled during their scheduled 'confrontation'. The Bulgarian Brute, Rusev, retained his US Title by nefarious means against John Cena, presumably setting up a rematch in March. See also: Dean Ambrose and Bad News Barrett after the former's disqualification. And Randy Orton is back, making the save against The Authority after the opening 6-man tag to set up a collision course with Seth Rollins.

The Road to WrestleMania 31 in Woolshed, Dublin is on. Here's our Avengers-themed poster that topped the charts in Reddit's pro-wrestling section...

People went all out to mark WWE's first ever 'Fast Lane' pay-per view...

Watching this in bed #FastLane pic.twitter.com/3Zgq0jIOiq

Even Zack Ryder thought this was stupid...

As predictions go, it's out there. Also Zack knows his role then. #WWEFastLane #LowBlows pic.twitter.com/6aM2HtwZcL

Some wrestlers weren't bothered with WWE's offering and chose to watch the Oscars instead...

only in today's creative can you start a PPV called FAST LANE by having an opener involving Rowan, Big Show and Kane #WWEFastLane

And, of all people...Kane got the win?

We forgot all about it as this guy came back after the match...

Guy in the crowd banging Goldust and Stardust masks together like the last boss fight in Crash Bandicoot 3: highlight of the night.

The finished ended up getting botched after Stardust clearly kicked out...

Happy I waited three years for that. #FastLane

Prompting the unlikeliest of outcomes...

Last time Goldust pinned someone in a singles match on an American WWE PPV: 2/14/99, the Blue Meanie. #wwefastlane @WNSource @WrestleChatNet

This PPV was dying on it's arse and the crowd weren't helping...

Lilian Garcia was losing the plot on ring announcing duties too...

There comes a stage where you have to give up the facepaint and leather jackets lads and grow up...

I'm super excited for this most likely boring sit down between two dads. #WWEconstructionzone

Aw, this used to be so cool back in the day. Now it's getting sad...

Dad's been to the Harley Davidson shop, he's back with a new jacket. pic.twitter.com/gW3tNUb54v

If Sting was waiting backstage why didn't HHH talk to him there? #LowBlows

Next up was the Divas Title match between Nikki Bella and the UK's Paige...

For the record WWE, Girls in the UK now look more like Nikki than they do Paige. Just saying. #WWEFastLane

My mate: "Nikki Bella is the perfect colour of a roast chicken for Sunday lunch."

I bet Brie shouts from bedside when Nikki's getting down with John. #WWEFastLane

Iron Shiek had switched off altogether...

11 days ago Kevin Owens became the NXT champion for that exact same finish.

I hope William Regal openly mocks this finish on NXT this week. #FastLane

Business needed to start picking up...

The Druids made their way out to the stage and the bong hit...

Undertaker is back!! This is almost as cool as me. #WWEFastLane

Nope, it was Bray Wyatt cutting a promo challenging Undertaker for WrestleMania 31...

"The first time I saw him. He was on a motorbike. Behind him was Fred Durst. I feared him."

Cena/Rusev next, and this one was personal...

Super point on Cena wearing the colours of Ukraine. TAKE THAT, VLADIMIR.

It ended when Rusev cheated and choked Cena out...

Well, that didnt work out like Rocky IV!! #WWEFastLane

This is like Hogan vs. Warrior. If Hogan and Warrior were regular dudes. And Warrior was big into submission wrestling. #WWEFastLane

Even former WWE wrestlers were starting to partake in the randomness now...

Can't shake the feeling the the #PrimeTimePlayers are going to play a major role in the #RomanVsBryan match. #Fastlane

It was actually an action-packed match filled with cool spots like this...

Bryan flies with a tope suicida, but Reigns catches him and hits a huge overhead belly-to-belly suplex! #WWEFastLane pic.twitter.com/SekLa62pmW

And what exactly are we to believe Daniel Bryan was going to do in this scenario? #WWEFastLane #RomanvsBryan pic.twitter.com/7zk7b1J0zR

Roman Reigns won. And to be fair the crowd's reaction was consistent with the rest of the night...

That sound you hear is nothing. That's the pop your babyface got on the "Road to WrestleMania." WWE is so stubborn. #WWEFastLane

This crowd is acting like Diesel just successfully defended the WWF Title Kwang on an episode of Wrestling Challenge. #WWEFastLane

The show got a pretty unanimous thumbs down on Twitter...

#WWEFastLane was so boring @WWEBrayWyatt is still sleeping in that casket. 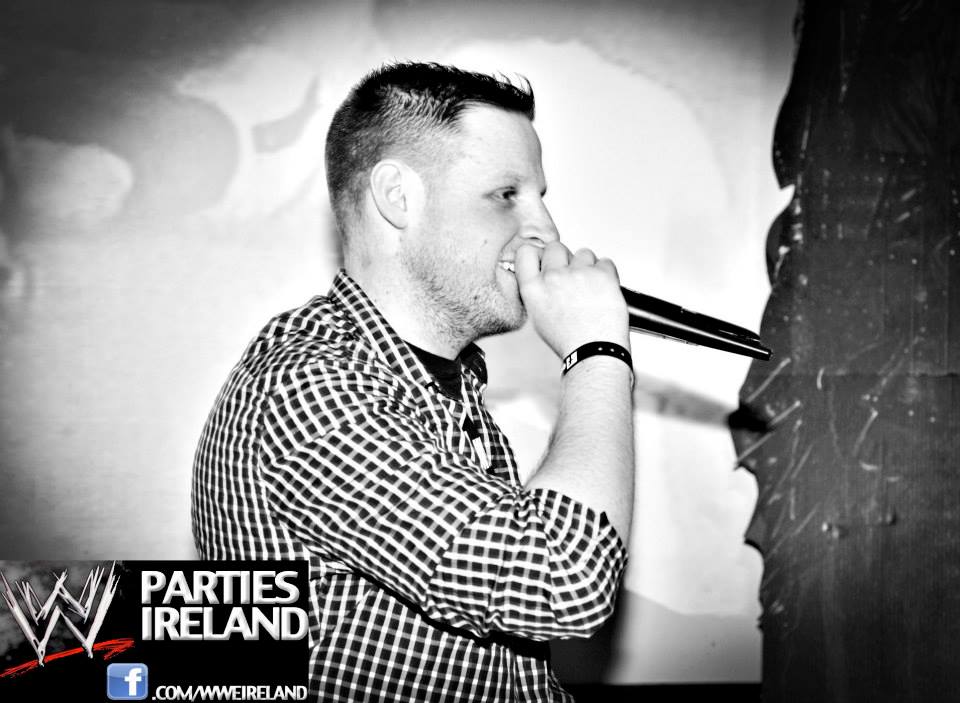 Rick Nash is a former professional wrestler, the co-host of Balls.ie's official WWE podcast, Low Blows, and the founder of WWE Parties Ireland who hosted their WWE WrestleMania 31 Party in Woolshed Baa & Grill, Dublin next month. He is also a DJ and terrible sports gambler, so feel free to share some tips with him on Twitter.