While many people are put off the stop-start nature of American football, there are few other sports that can match it in terms of consistent late drama.

Games often come down to the last few plays, with the attack versus defence setup ensuring the maximum amount of theatre. There are countless examples of this down through the years, but a college game from yesterday had one of the craziest endings we've ever seen.

It came during the meeting between Ball State and Western Michigan, with the latter of those teams going into the final play of the game trailing by three points.

In order to keep the ball alive, they would be forced to toss it around like something you would see in 7s rugby game. What followed was 16 passes, two fumbles, one team rushing the pitch, a touchdown, and the whole thing being ruled out in the end.

Both teams ran onto the field before the play was ruled dead as Western Michigan attempted a last second TD.

Ball State went on to win the game and division title after the Broncos were penalized for an illegal forward pass. pic.twitter.com/yzjVTBgJ5b

Incredible. Unfortunately for Western Michigan, the touchdown would be ruled out due to an illegal forward pass in the play.

In American football, teams are only allowed to throw the ball forward once during each passage of play, which explains all the backwards passes.

SEE ALSO: Tadhg Leader Is Trying To Make It As An NFL Kicker 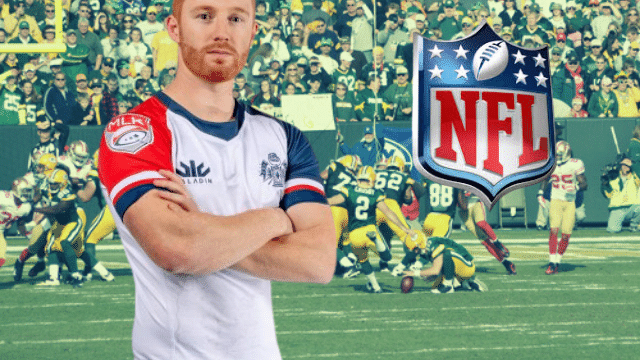