While American football has become more and more popular in Ireland over the last decade, the idea of an Irish NFL player that Irish NFL fans could support on wintry Sunday evenings has long seemed like a pipe dream.

That could all be about to change because of a young Irishman who discovered American football in the California desert.

Daniel Whelan is one of the best punters in American college football. The 22-year-old turned down the opportunity to enter last month's NFL draft in order to finish his degree, but he is wholly focused on career in the NFL.

Yesterday, the University of California-Davis Aggies punter was named to the FCS All-America team, but his roots are all Irish.

Whelan grew up in Enniskerry before his family moved to California when he was 13. As a kid in Ireland, he played a lot of soccer and hurling and was an outhalf in rugby at St Gerard's in Bray, which is where he honed his kicking technique.

"I was flyhalf so I kicked a lot but I got speared in a game and nearly broke my back so I stopped playing," he told Balls.ie.

Whelan and his family settled in Palm Springs and he attended Rancho Mirage high school, just a stones throw from Joshua Tree national park and the site of the Coachella music festival. He picked up American football on a whim, and has not looked back.

"The football coach at high school came up to me after one of my soccer matches and said 'do you want to try out to be a kicker?' I started kicking and I was pretty natural at it."

So natural, in fact, that he kicked a 72-yard field goal in practice while still in high school (the NFL record for the longest field goal in a game is 64 yards).

Whelan received a football scholarship to attend UC Davis, which is 80 miles from San Francisco. It's there where he was advised to specialise in punting.  He's 6'6' and 215 pounds, and the position of punter is far more favourable for taller players.

Whelan hasn't looked back. He averaged 47.7 yards per punt in UC Davis's covid-shortened five game season this year, en route to be being named an All-American. If he maintained that average in the NFL, he'd have been the sixth-best punter in the NFL last year. UC Davis play in the FCS, which is college football's second tier, but his stats put him amongst the elite college punters in America.

An absolute missile from UC Davis punter Daniel Whelan during yesterday’s #CollegeFootball action. The Aggies would go on to win with a last gasp touchdown... #ForTheBrand | #AggiePride pic.twitter.com/Pxm7q1Cz07

Whelan is locked-in on his next career goal.

"I wanted to get drafted, that's what I want to happen," he says.

He was eligible to forgo his last year of university and enter the NFL draft. He received multiple calls from NFL teams enquiring about his status before last month's draft. The 22-year-old opted to play next season with the Aggies and finish his degree in sustainable environmental design next year. All going to plan, he'll enter the NFL Draft in April 2022 as the best punter available.

"I got a couple of calls before the draft but I had to tell them I had one more season, which was tough. My season ended and I would have had three weeks to get prepared, which would have been tough, on top of being a fulltime student, so I decided to play it safe and get better for next season."

Getting drafted is the pinnacle for college football players, but this is especially true for punters. Only one punter was drafted in this year's NFL draft. The majority of punters force their way onto NFL rosters after being signed as undrafted free agents.  Only the best of the best get drafted. (It's worth noting that Whelan was still the fourth-rated punter on the board of ESPN draft guru Mel Kiper even though he wasn't planning to enter the draft.)

Whelan has a serious leg, and he cleared 73 yards earlier this year from a tee.

Whelan is aware that there hasn't been an Irish player in the NFL in a long time - Dubliner Neil O'Donoghue, a placekicker who was drafted in 1977 was the last one - but this time next year, he hopes to be the second-ever Irishman drafted into the NFL.  He says he usually gets back to Ireland every second year for Christmas, but covid has postponed his most recent visit back.

And if his dream comes true and he makes the NFL, he'll happily take the support of Irish NFL fans.

"I'm hoping to get the whole country of Ireland behind me. Let's go!"

SEE ALSO: How Close Are We To Seeing An Irish Player In The NFL? 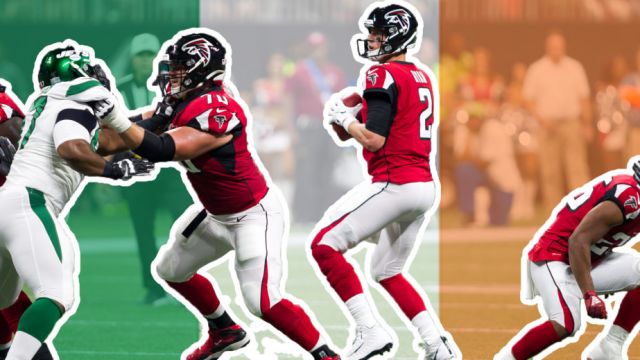