David Shanahan made his debut for Georgia Tech on Saturday. The Kerryman plays as a punter for the Yellow Jackets' college football team.

Shanahan - playing in what was his first ever competitive game of American football - punted the ball three times, averaging 52.7 yards per kick. His longest kick was 63 yards, while two were taken as touchbacks.

David Shanahan on to punt for the first time. It is his first game ever playing football. @David_Shanahan_

David Shanahan booted that one 63-yards for a touchback. I'm sure GT is fine with that. @David_Shanahan_

"You've seen how much the kicking game has improved," said Collins.

"I thought Gavin Stewart did a great job kicking off for us. Even David Shanahan, for the first time punting in a college football game, I think he averaged 52 or 53 yards per punt in his first action."

After going 14-0 down, Georgia Tech fought back to lead 21-14. In the final minute, Northern Illinois scored a touchdown and added a two-point conversion to take the win.

Well done ⁦@David_Shanahan_⁩ playing your first game for ⁦@GeorgiaTechFB⁩ and having an avg. of 52.7 for 3 kicks is very impressive. Tough loss, but plenty of positives #YellowJackets #GTFootball #Punter pic.twitter.com/iTfYSc3NER

Shanahan, who played for the Castleisland Desmonds club, was part of the Kerry U17 football panel which won the 2017 Munster title. Last year, he was awarded a full scholarship to attend Georgia Tech and play college football.

When he was 15, Shanahan noticed that many of the punters in college football are Australian.

"I suppose that was kind of my light bulb moment," he told Balls last year.

"I got the notion that I could be a punter."

While researching punting technique, he came across Prokick, an Australian company which helps athletes become American football punters and placekickers.

Shanahan sent them a video package of him kicking, and one of their coaches flew to Ireland for a trial. He later moved to Melbourne to train with Prokick, and through their contacts, he earned the scholarship. 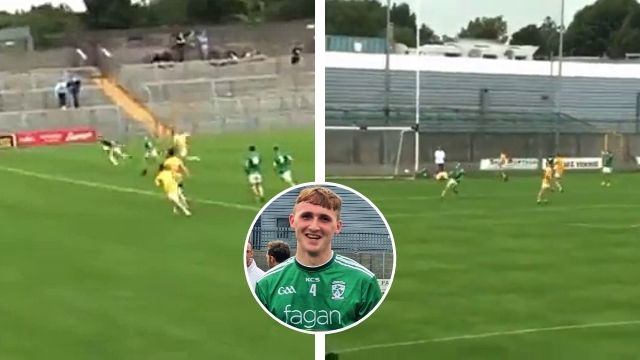