Session Moth Martina made her debut last night for All Elite Wrestling, becoming the first Irish person to wrestle in the promotion.

She fought Ruby Soho last night on AEW Dark Elevation. Soho is one of the best wrestlers in AEW's talented Women's division and has fought for the Women's title. The Sesh Moth was able to get up to her old antics and partying ways but it wasn't a successful outing for her as she was pinned after a vicious head kick from Soho.

It was a huge moment both for the charismatic Dublin sesh hound and all of Irish wrestling.

Session Moth on AEW!! 🤯🍻🍻 Amazing to see ya add a new milestone to your career. And love how you got your spots in IMMEDIATELY! You made us proud ☘️☘️ pic.twitter.com/6kAvETkQ1z

For those that don't know All Elite Wrestling or AEW is the second most popular wrestling promotion in America right now but is rapidly gaining on WWE, beating them in the ratings a few times over the past six months. For Attitude Era fans AEW is definitely similar to WCW but way less chaotic.

For Session Moth Martina, this is her first match in front of a huge mainstream audience. She made a name for herself in the Irish scene with OTT after she made her debut in 2011. She then also became popular in the UK before going off to Japan in 2018.

She was very popular over there before 2019 when she made her first big step into America. She turned down WWE to sign with Ring of Honour, at the time one of the longest running independent companies in wrestling and a promotion where hardcore fans watch some of the best wrestling around.

All was going well until the pandemic hit and ROH decided to completely shutdown while other companies ran shows without fans. It made the financial situation very worrying and late last year they announced that they'll be scaling back the operations and all wrestlers were released from their contracts.

This meant Session Moth Martina was a free agent again and could wrestle wherever she wants whenever she wants but it looks like AEW is going to win her signature. Nothing has been confirmed yet but there's huge support online for AEW to sign her and she very much impressed despite losing her debut.

Martina spoke with Balls back in 2018 about her journey into wrestling and her Session Moth persona. Also, her debut match is available to watch on Youtube and it starts from around the 4 minute mark. 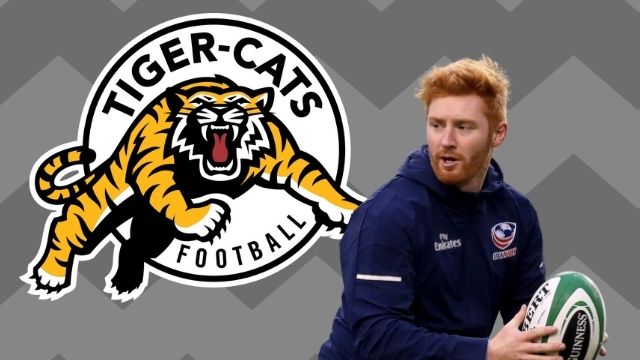 American Sports
7 months ago
By Jonathan Browne
AEW Beat WWE In The Ratings After Head To Head Battle
American Sports
8 months ago
By Jonathan Browne
CM Punk Made His Return To Wrestling And It Didn't Disappoint
American Sports
1 year ago
By Ryan Carrick
Is AEW A Real Alternative To The WWE?
Popular on Balls
Golf
1 day ago
By Gary Connaughton
Padraig Harrington Glad He Didn't Have To 'Make A Decision' On Saudi Golf League
Motorsport
1 day ago
By Gary Connaughton
Carlos Sainz Worried About How 2022 F1 Cars Will Affect Health Of Drivers
46