Former England rugby international Christian Wade says he is making progress in his unlikely bid to become an NFL star with the Buffalo Bills.

Wade shocked the rugby union world when he unexpectedly quit the sport last year in pursuit of his American Football dream.

The former Wasps and England wing joined the NFL through the International Player Pathway Program, which allows four teams every year to carry 91 players on their roster through the off-season, including one from abroad, rather than the usual 90.

Wade, who was called up to the British and Irish Lions squad in 2013, signed a contract with Buffalo in April and is fighting to make the Bills' 53-man regular-season roster as a running back and kick returner.

He has been honing his new craft at off-season practice sessions with the Bills and is now gearing up for the start of training camp later in July, with the season starting in September.

Back in London at the NFL's UK Academy trials on Tuesday, Wade said: "I've definitely come a long way.

"I remember we had seven plays to learn by the end of the week. Now I'm learning 60 plus plays in a day. I'm going in the right direction."

Learning the complex Bills playbook has been Wade's main goal over the last few months and he is beginning to master the schemes that determine what he should do on every play.

"The playbook for me has been my main focus. I've been like this is the only thing that is going to stop me playing this game," he said.

"I definitely focus all my energies on it. To be honest it's probably been one of the easier things to pick up because of all that energy and motivation I put into it."

Asked what areas of American Football is still getting his head around, Wade said: "It's the other things, like taking the hands-offs, different footworks and stuff that are probably catching me off guard a little bit.

"Obviously you've got the protections as well. Something that in rugby we weren't allowed to block. That's still something I still need to come across properly.

"I know in training there are certain people I'm not picking up because I'm just not used to having to digest that type of information."

No professional rugby player has ever made the transition to the NFL with great success, although former Worcester player Christian Scotland-Williamson and ex-Newcastle player Alex Gray are on the reserves at the Pittsburgh Steelers and Atlanta Falcons respectively. 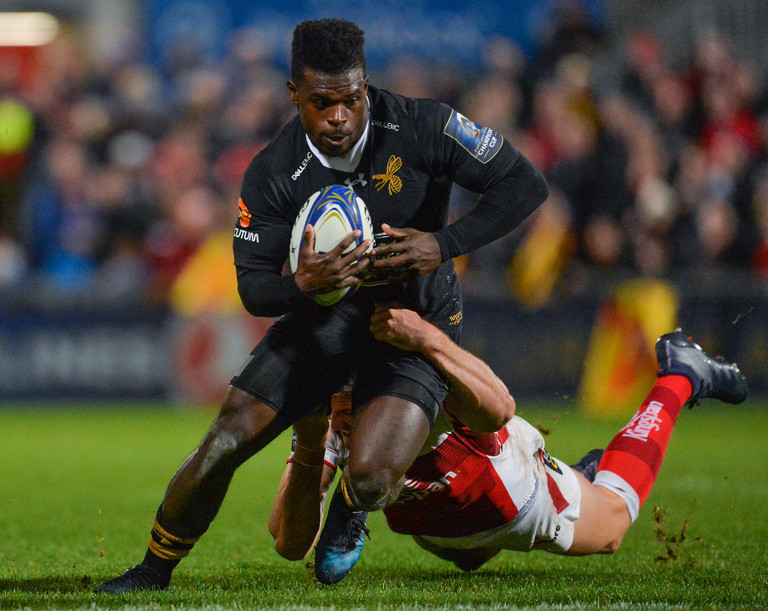 Australian rugby league star Jarred Hayne played several regular-season games for the San Francisco 49ers in 2015 before retiring from the sport in 2016 after only limited success.

He believes there are enough similarities between his two sports to make the transition possible.

"The evasive skills, being able to read where space is and gaps. Footwork wise, that is kind of like the way I used to play," he said.

"You can use that definitely. And just the normal hand-eye coordination when you are running routes.

"When the ball is coming at you, being able to position yourself in the correct way. There are some transferrable skills there."

If Wade doesn't make the roster, he could still have an opportunity to make Buffalo's practice squad, effectively a group of reserves who are regarded as having potential for the future.