The Balls.ie Definitive Guide To The Irish At Wrestlemania

We are hours away from seeing a proud Irish woman walk out to headline one of sport's most iconic events - and we're feckin' buzzin!

North Dublin's own, Becky Lynch will take on Charlotte Flair and former UFC champ Ronda Rousey in a Winner Takes All Triple Threat Match at WrestleMania 35, with the opportunity of unifying the WWE Women's Championships at hand for all three females.

Ran my mouth, put in the miles, took the bumps and entertained the people until they couldn’t deny me any longer. It’s an emotional morning just knowing… I get to smash Ronnie and Charlotte in front of the whole world on the biggest stage possible. To the people: THANK YOU. #IAMTHEMAN

It's been a long and arduous journey from Baldoyle to sports entertainment superstardom and you'd have to think that the memories of tussling with older brother Richy in her back garden won't be far from the 32-year-old's mind as she stands on the titantron tonight.

Tonight represents the biggest night in the history of Irish wrestling, with Cabra man Sheamus rocking WrestleMania for the eighth occasion whilst, almost poetically, Finn Bálor will fight on the undercard, whilst his protege Lynch takes the headlines.

The three have been the headline Irish acts in the industry, certainly in the last decade, but how kind has history been to our lads and lasses when immortality was on the line? 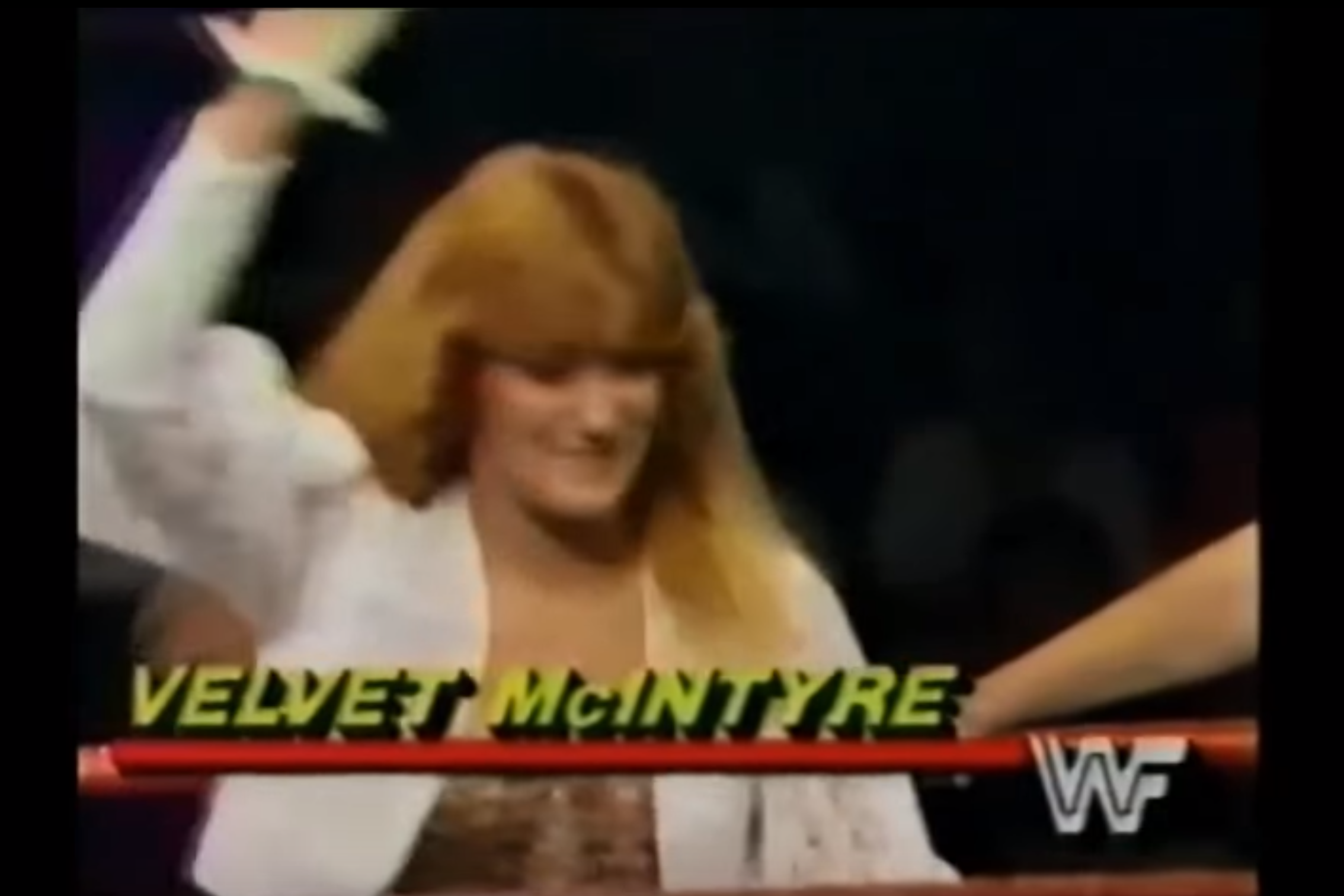 Billed out of Dublin, but speaking with the brooooodest Canadian accent that you ever did hear, Velvet was the very first Irish wrestler to feature at WrestleMania, going down to the Fabulous Moolah at WrestleMania 2 in a Women's Title match-up.

Part of the pre-Diva Women's Division during the late '80s, she was famed for wrestling barefoot. What a woman! 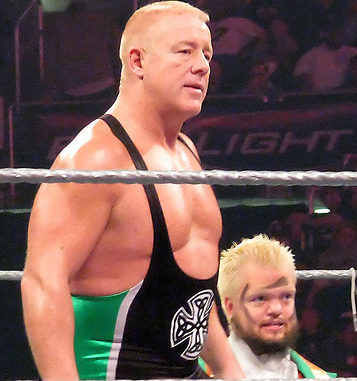 Dave Finlay Jr. has been a WWE stalwart over the past 20 years or so, and today remains an important cog in the backstage production element.

Finlay, accompanied by his trusty shillelagh and his little mate Hornswoggle, competed in three Money In The Bank matches at WrestleManias 22, 23 and 25.

At WrestleMania 24, Finlay went toe-to-toe with JBL - or Bradshaw for us of a certain generation - in an anything goes Belfast Brawl, but alas, the Carrickfergus man's WrestleMania record reads 4 appearances, 4 losses. 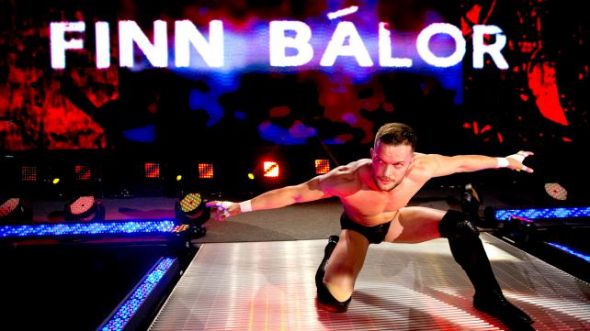 Fergal Davitt is an Irish wrestling legend, having debuted on the NWA British circuit as a teenager at the start of the turn of the millennium. He came home to Ireland and opened a school for would-be wrestlers in his native Bray, where Becky Lynch launched her career from.

Having eventually found his way to WWE via Japan in 2014, Bálor made his WrestleMania bow last year, when Seth Rollins swooped to pin a prone The Miz after the Irishman looked set for victory in a Triple Threat Intercontinental Championship match.

Tonight, the Wicklow lad will seek redemption and the Intercontinental crown when he faces musclebound freak, Bobby Lashley. 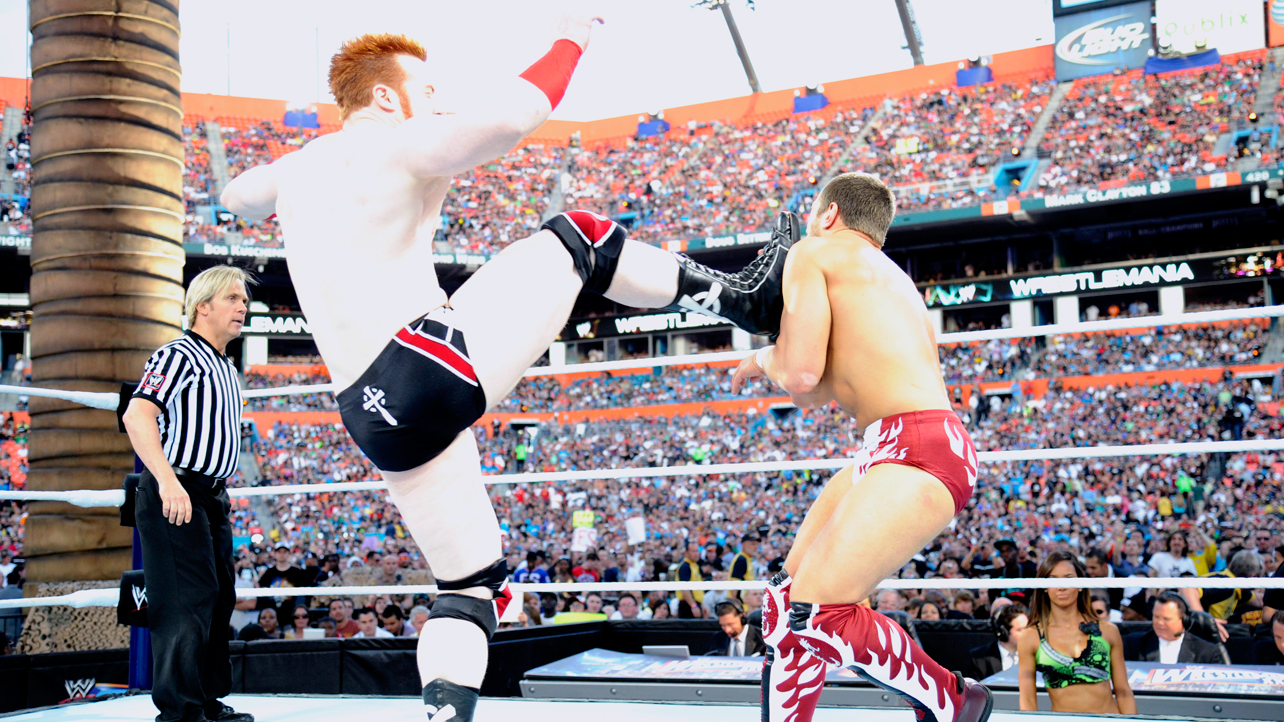 Undoubtedly the man who has done most for our island in a WWE ring, at 41, Stephen Farrelly's first WrestleMania came way back in 2010 when he went down to a Triple H pedigree at WrestleMania 26. He pre-showed the event the next year, before winning the World Heavyweight Championship at WrestleMania 28 pinning Daniel Bryan after 18 seconds in what was the fastest WrestleMania match of all-time before The Rock defeated Erick Rowan in a third of the time in 2016.

At WrestleMania 29, Sheamus partnered Big Show and Randy Orton as they went down to The Shield in a six-man match up. After a hiatus of two years, he returned to the biggest stage of them all at WrestleMania 32 in another six-man tag team match, his League of Nations stable defeating The New Day. The past couple of years have seen him team up with buddy Cesaro in challenging for the Tag Team Championships, going down in a Fatal Four Way Ladder Match in 2017, before losing out to Braun Strowman and Nicholas last year.

Tonight the duo will be back in action in another multiple tag-team battle for the SmackDown Tag Team Championship. 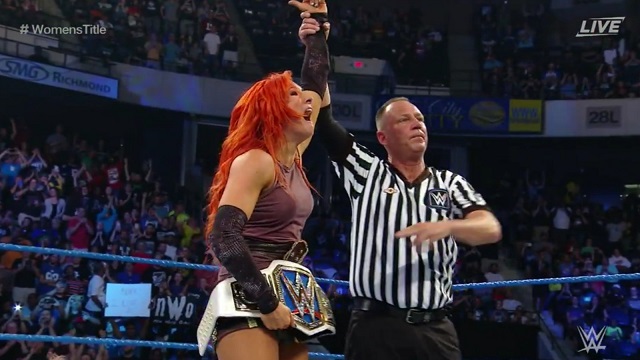 Tonight, The Man certainly cements her Hall of Fame spot, as she and her fellow competitors become the first all-female lineup to headline the sport's biggest event.

But this is not Lynch's first WrestleMania - oh, no no!

Competing at WrestleMania 33 in 2017, Lynch was part of a six-woman dust-up for the SmackDown Women's Championship, that went the way of Naomi.

Tonight she will hope to avenge that defeat and walk away with not just the SmackDown belt but with the Raw equivalent.

Rugby
19 hours ago
By PJ Browne
Quiz: Can You Identify These 1990s Irish Rugby Players?
47