Contrary To Rumours On Sunday, WWE Legend Jim Ross Is NOT Dead

The link led to a website declaring the death of the 63-year-old. 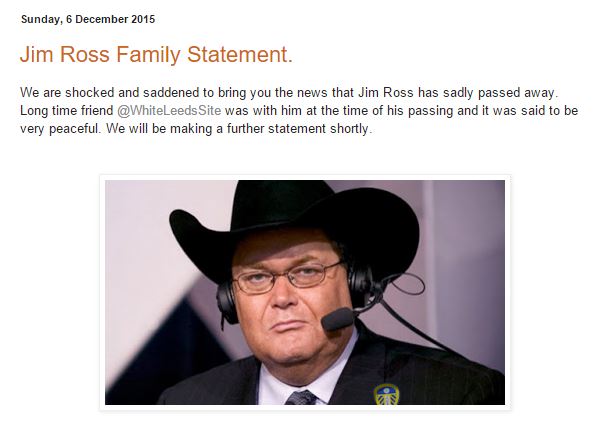 Due to the address of the website (it was a Blogspot one) and the mention of a Leeds United fan account, it obviously made many suspicous regarding the veracity of the claim.

Rightly so, Jim Ross is not dead.

Spoke with Jim Ross, he is fine, was a terrible hoax

However, that did not stop the rumours from spreading.

Ross's Twitter account is currently suspended following the hack, which would appear to have been by Leeds United fans. Before it was suspended, tweets regarding the Championship club were posted.

Wrestling commentator Jim Ross has been hacked by a Leeds Utd fan ? pic.twitter.com/2o6khLRSD2

Watch: RTE's Next MMA Documentary Will Be Can't Miss TV