A lot of us dream of playing professional sport, but that can only become reality few a very select few. Even though you will eventually realise that you're nowhere near the level of skill required, there's still a part of you that would love to give it a go just once.

That became a reality for one ice hockey fan last night, and it's all thanks to a mad National Hockey League (NHL) rule.

The 'emergency backup goaltender rule' essentially means that if two goalkeepers on a team get injured and cannot continue, there must be a designated person in the arena who will step in and play. This person can be drafted in by either team.

It is usually a lower level or amateur player from the area, but they rarely see any sort of action. Last night was the exception.

The Toronto Maple Leafs were hosting the Carolina Hurricanes last night, with the visitors losing both of their goaltenders in quick succession. The emergency backup was on hand to take their place.

42-year old Dave Ayres is a member of staff at the Maple Leafs' minor league team Toronto Marlies, acting as their zamboni driver. For those of you who don't know, the zamboni is the vehicle they use to maintain the ice in the arena. One of these things: 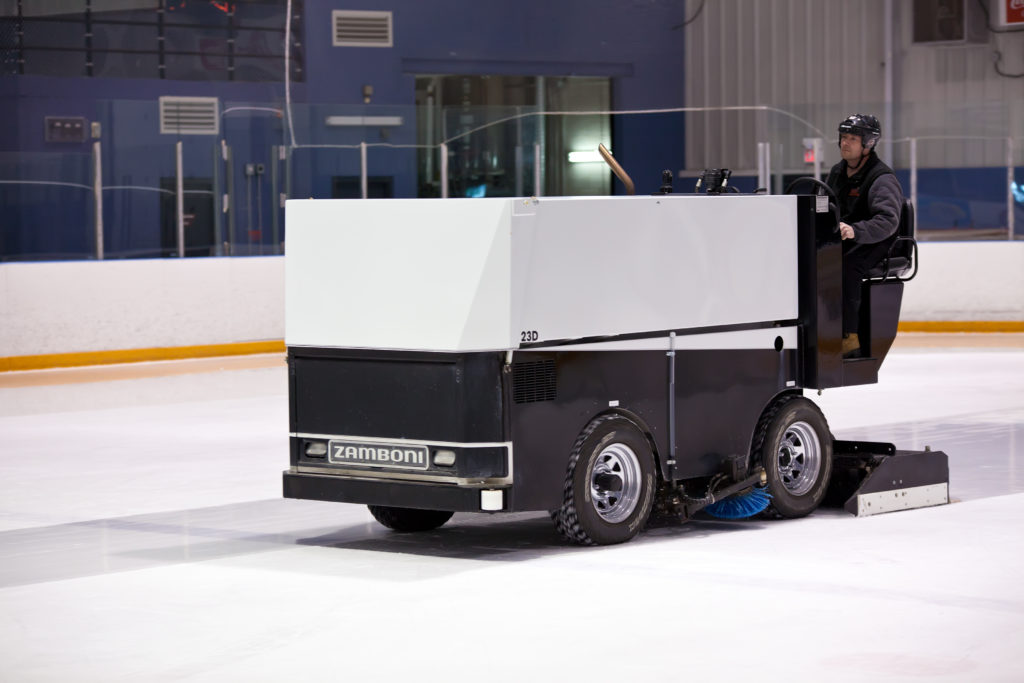 Ayres had aspirations for a career in the sport in years gone by, but having to undergo a kidney transplant back in 2004 all but ended those hopes. He continued to play the sport at a low level and often stands in to help out at Marlies training. He has also twice beaten skin cancer in the intervening years.

He was called into action for the Hurricanes in the second period, coming onto the ice wearing the helmet and other equipment of his favoured Toronto team.

It was a shaky start to the game, with the goaltender conceding goals in each of the two shots he faced. However, he flourished from here.

He would save each of the next eight shots he faced, as Carolina ran out 6-3 winners.

Where were you the night Dave Ayres grabbed his first NHL win!? pic.twitter.com/Lpb4HoZdTC

A memory we'll all have forever pic.twitter.com/LUxqs8o3Wr

Per league rules, he was paid $500 and will get to keep his jersey.

Ayres was named as man-of-the-match for his efforts, and was understandably delighted to get this once in a lifetime opportunity:

"I told the boys in the dressing room once we come out for the third I'll be settled down and ready to win this one."

That second period was a little shaky, but I told the boys once I come out for the third I'll be settled down and ready to win this one...

I got a bunch of text messages that said 'get in there', then somebody came into the room and were like 'you better get dressed, you're going in there'.

I was a little bit shocked, but I'm loving it.

I had the time of my life out there. I've been on this ice many time without fans, but fans in the mix and it's totally different.

It's once in a lifetime, I'll take it.

GAA
3 years ago
By Gavan Casey
The Trailer For New Series Of 'The Toughest Trade' Looks Phenomenal
American Sports
4 years ago
By Conor O'Leary
This Fist Bump Kid Feature Is One Of The Greatest Videos You'll Watch All Weekend
American Sports
5 years ago
By Daryl Bolger
The Best (And Worst) of US Sports Team's St. Patricks Day Tweets
Previous Next

GAA
3 years ago
By Gavan Casey
The Trailer For New Series Of 'The Toughest Trade' Looks Phenomenal
American Sports
4 years ago
By Conor O'Leary
This Fist Bump Kid Feature Is One Of The Greatest Videos You'll Watch All Weekend
American Sports
5 years ago
By Daryl Bolger
The Best (And Worst) of US Sports Team's St. Patricks Day Tweets
Popular on Balls
The Rewind
23 hours ago
By Sean Meehan
The Aer Lingus Crew On The Insane Scale Of Their Key PPE Flights To Beijing