The Balance Between Statistics And Performance In The NFL. 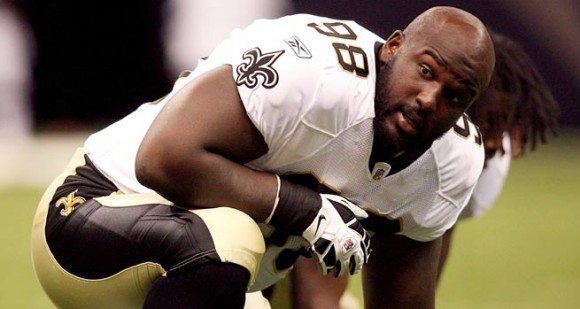 Sedrick Ellis spread his feet wide and surveyed what was in front of him. After a quick moment, he placed his left hand on the ground, looked forward and brought his feet back so that they were shoulder width apart. Ellis was staring at the guard infront of him, waiting for the play to begin. His weight was shifted forward as he expected the player across from him to come at him and try to move him off the line of scrimmage for a running play. When that guard dropped backwards at the snap, Ellis stumbled towards him. Ellis quickly regained his balance and extended his arms onto the shoulders of the player trying to stop him. In one quick movement, Ellis had control of the blocker with his arms and was pushing past his outside shoulder. Ellis came free of the guard, evaded a weak attempt to block him from a running miniature back to his outside, before sprinting to the quarterback with his arms raised.

Peter Konz knew his assignment as he took his place alongside Todd McClure. At the snap of the ball, Konz straightened up and shifted slightly backwards in his set. He missed an opportunity as his assignment initially slipped, because he wasn't aggressive enough. But Konz was in position and understood he had help to his outside shoulder. He understood the technique, but didn't execute as the defender manipulated him with his hands.

Mike Cox waited in the backfield. Michael Turner was behind him and to his left. Cox could see Jonathan Vilma directly across the line of scrimmage and was still eyeing him when the ball was snapped. Vilma took one step forward and Cox reacted by motioning towards him. Vilma dropped back into coverage after one step, at which point Cox abandoned his blocking assignment and looked to run into the flat on a passing route. Instead of running his route, Cox ran into right tackle Tyson Clabo. As Cox collided with Clabo, Sedrick Ellis shot through the gap that was created by the collision.

Malcolm Jenkins stood to the right side of a two deep zone coverage. He was 12 yards deep from the line of scrimmage, standing on the left hashmark(looking from behind the offense). Saints' defensive coordinator Steve Spagnuolo had called for a blitz from Jenkins' side of the field, which the Saints were disguising by keeping Jenkins and Roman Harper deep. Jenkins' responsibility wasn't to blitz, instead he was to cover Tony Gonzalez, lined up to the left side on the end of the offensive line. Gonzalez had a linebacker over him, but that linebacker was going to blitz. Jenkins, Patrick Robinson and Jabari Greer would be in man coverage against Gonzalez, Roddy White and Julio Jones, while Roman Harper stayed deep in a zone to the right side of the field. Gonzalez ran across the field roughly 10 yards from the line of scrimmage. Jenkins understood that he didn't need to worry about the deep ball, because Gonzalez isn't that quick and Harper was covering any deep passes, so he aggressively ran underneath Gonzalez and was in perfect position to intercept the pass that came Gonzalez's way.

Matt Ryan walked slowly to the line of scrimmage. He waited less than a second before calling for the football from his center and dropping seven steps into the pocket with the football. Ryan looked to his right as he was dropping backwards. He immediately saw Julio Jones running down the right sideline, but noticed Roman Harper waiting deep down the field where he wanted to throw the ball. Before taking his fifth step in his drop, Ryan already had understood that Jones wasn't an option because of the coverage the Saints were playing. One quick look towards Roddy White running down the middle of the field told Ryan that he wouldn't be open either, so he looked to Gonzalez running across the field. Ryan saw Gonzalez running away from Jenkins and knew that he was running into space because of Jones' deep route. What he didn't see however, was Sedrick Ellis raised arms right infront of him. Ryan had already brought the ball back to throw towards Gonzalez, but he was unable to step into the throw and as a result, it floated straight to Malcolm Jenkins for an easy interception.

Numbers are a very big part of football analysis. Being a fan of a sport that has a huge fantasy football following, has made most NFL fans obsessed with using statistics to evaluate every individual player's performance on the field. Too often fans are completely reliant on statistics for their football knowledge. Statistics are a good reference and an excellent way to better understand the game as you are developing an interest or learning about teams and individuals, but understanding the context of those statistics and how they come about is much more important.

The statistical representation of this play is simple, Malcolm Jenkins intercepts Matt Ryan. Jenkins gets one interception to his credit and Ryan is 0/1 with a turnover. It's fair, because Ryan made a bad throw and a bad decision. However, both Mike Cox and Peter Konz need to take some responsibility, while Sedrick Ellis' pressure and Steve Spagnuolo's play-design won't get as much credit as Jenkins does for his catch.

Of course, none of that is true either. I have one final number to give you... 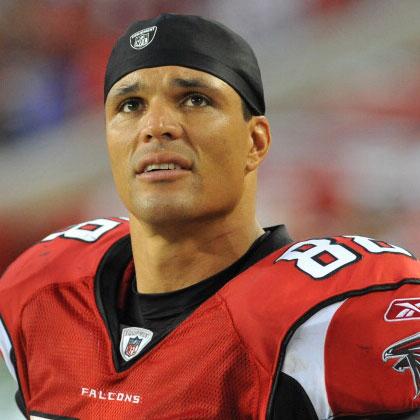 Tony Gonzalez is the x-factor on this play. Having a hall-of-fame tight end comes with some benefits and Gonzalez showed off his outstanding awareness and physical talents on this play. After running across the field and getting separation from Jenkins, Gonzalez was drifting away from the football when he recognized the bad throw from Ryan and saw Jenkins jumping in front of him. Gonzalez instantly planted his foot to change direction with great agility, before using his strength to knock Jenkins out of position. Gonzalez had no right to catch the ball, but he made an amazing play and reeled it in for a nine yard gain.

This play was actually recorded on the stat sheet as a nine yard reception for Gonzalez and a nine yard completion for Ryan. However, does that change any of what happened from stages 1 to 5? Is Ryan's throw now a good one simply because it was complete? You could argue that he understood just how good Gonzalez was, but the reality is if he threw that pass in the direction of most tight ends, it would have been an easy interception.

Good players in the NFL play well. Great players elevate the play of their teammates. In this instance, the statistics do show off that Gonzalez is a great player, but they also hide the fact that Matt Ryan should have had a turnover. You see, statistics are definitive, but football is not. There isn't always a definitive right or wrong on every single play that can be tracked by a statistic.

Even new age statistics like those at Pro Football Focus can't be considered definitive, because those statistics are found on the back of a set criteria established by the people who run that website. That's not a knock on statistics or the people who do such fine work with them, because every analyst, draftnik or scout sees things in a completely different way to everyone else. Some are better at evaluations than others, but no one is completely right on everything that they say.

American Sports
2 months ago
By Michael McCarthy
Tom Brady Has Picked His New Team... And It's A Weird Fucking Choice
Previous Next

GAA
2 weeks ago
By PJ Browne
Kerry Teen Gets Full Scholarship To Play American Football At Georgia Tech
American Sports
3 weeks ago
By Gary Connaughton
The NFL Will Not Be Hosting Any Games In London In 2020
American Sports
2 months ago
By Michael McCarthy
Tom Brady Has Picked His New Team... And It's A Weird Fucking Choice
Popular on Balls
Football
11 hours ago
By PJ Browne
'Chris Kamara Said On Live TV That I Was The Next Roy Keane'
9

The Rewind
13 hours ago
By Gary Connaughton
Watch: Footage Of SpaceX Rocket Landing On Drone Ship Is Mesmerising
5

The Rewind
15 hours ago
By Michael McCarthy
Quiz: How Well Do You Know Joey Tribbiani?