'The Yoda To My Luke': Pat Patterson Is A WWE Legend With A Unique Legacy

Wrestling fans around the world have become accustomed to mourning legends of the industry on an all-too-regular basis.

Usually when the announcement is made that a former star has passed on, there is a flood of social media tributes from the biggest names in the industry, followed by touching video packages and on-screen commemorations during the weekly TV shows. In the case of WWE Hall of Famer Pat Patterson, who lost his battle with cancer at the age of 79, the tone of the tributes from his peers and colleagues, much like his career, stands out from the rest.

It is difficult to think of anyone behind the scenes whose surname isn’t McMahon that was as influential as Patterson was during WWE’s heyday of the 80s and 90s. In an industry traditionally plagued by paranoia and backstage politics, those who held such power usually made a lot of enemies along the way. And yet, the genuine love and affection from across the industry towards Patterson both in life and death typifies how unique his standing was inside the WWE locker room, past and present.

Much like ‘The American Dream’ Dusty Rhodes, who passed in 2015, Pat Patterson’s death has left behind a legacy that goes way beyond a stellar in-ring career. Remembered as the first-ever Intercontinental Champion in the then-World Wrestling Federation in 1979, his full-time in-ring career ended in 1984 as the company was about to take off and reach global audiences like never before.

Having appeared in sporadic roles as a commentator and referee, he re-emerged as a regular on-screen performer during the ‘Attitude Era’ of the late 90s and early 2000s, as one of Mr.McMahon’s ‘Stooges’ along with Gerald Brisco. The two were one of the more under-rated comedy acts of a golden age in WWE history, playing the comic foil in the legendary feud between McMahon and Stone Cold Steve Austin.

His on-screen positioning as Vince McMahon’s right-hand man mirrored the reality backstage, where Patterson is credited as being the most influential and widely respected creative mind from McMahon’s inner circle. It was Patterson who devised the concept of the ‘Royal Rumble’, still to this day one of the highlights of the WWE calendar more than 30 years after it debuted.

Perhaps more importantly, as a wrestling purist, he has been a huge advocate for some of the supposed ‘smaller’ top stars in the company’s history, at a time when size and strength was often valued over skill and in-ring talent. The likes of Bret Hart and Shawn Michaels have credited Patterson with much of their success over the years. He played a key role in their ascendance from mid-card ring generals to main-event superstars, a shift in the company’s direction that helped pave the way for a more expansive in-ring style in the years that followed.

Whether fans were aware of his influence or not, countless classic WWE matches and moments owed a huge debt to Patterson. These include the memorable Iron Man Match between Hart and Michaels at WrestleMania 12, and Michaels’ show-stealing match with Kurt Angle at WrestleMania 21. The likes of The Rock and Chris Jericho have consistently been gushing in their praise of Patterson over the years, both seeing him as a seminal influence in their careers from behind the curtain.

Despite his full-time role with the company ending in 2005, Patterson remained a regular contributor backstage up to this year, and his influence has been shared with the more recent crop of WWE stars that have emerged from NXT, including the likes of Kevin Owens, Sami Zayn and Bailey.

Pat Patterson was also a pioneer in his personal life, much like in his career. He is recognised as the first openly gay professional wrestler. But Patterson was loved by so many of his colleagues for his warmth, humour and talent, despite coming from an era when the wrestling industry was much less inclusive than it is today.

His sexuality was well known among his friends and colleagues, but the first public acknowledgement came in scenes from the WWE reality series ‘Legends House’ in 2014, where Patterson gave an emotional speech surrounded by long-time friends such as Rowdy Roddy Piper and Mean Gene Okerlund.

His experience was chronicled in the 2016 autobiography ‘Accepted: How the First Gay Superstar Changed WWE’, where he described being thrown out of his family home in Montreal at the age of 17 after revealing his sexuality. It was from there that Patterson moved to the United States and forged a wrestling career spanning across six decades that will continue to influence the industry many years after his death.

A number of the online tributes from WWE stars have referenced Patterson’s sense of humour and his fondness for singing, with Frank Sinatra’s ‘My Way’ being his preferred choice on karaoke nights.

A fitting anthem for a life and career that inspired so many.

SEE ALSO: Kevin Doyle Is Happy With Strides Football Is Taking In Dealing With Head Injuries 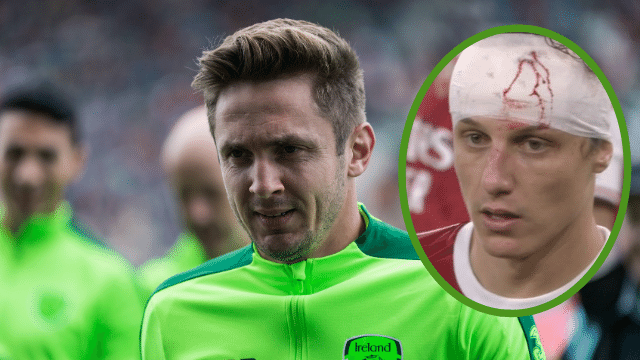