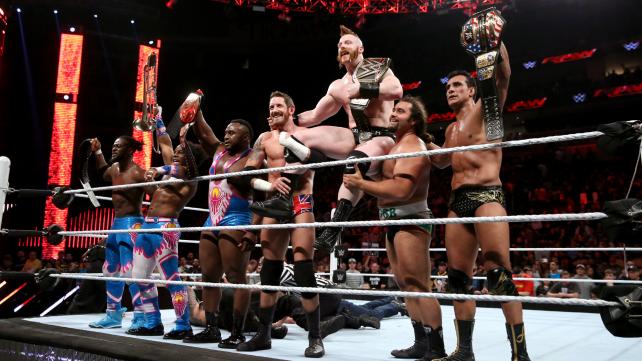 It's the Christmas season, and with WWE putting their feet up and going on cruise control until the end of the year, we don't feel as bad doing so ourselves at 'Low Blows'. Don didn't even watch Raw, but he's here to recap it anyway, as Sheamus put together a new 'League of Nations' stable. The Irish takeover continues at NXT Takeover - London in two weeks, with Finn Balor defending his NXT Championship against Samoa Joe, and we have more info for what our first-ever NXT Party in Woolshed will entail.

Rugby
1 day ago
By Donny Mahoney
Tadhg Leader Is Trying To Make It As An NFL Kicker
American Sports
1 week ago
By Gary Connaughton
Watch: NBA Draftees Answering Questions About 90s Will Make You Feel Very Old
Basketball
3 weeks ago
By Gary Connaughton
Irish Basketball Prospect Commits To University of California Class Of 2021
Popular on Balls
GAA
15 hours ago
By Maurice Brosnan
'The Key To Dublin Is Beyond Cluxton Now': How The Kick-Out Is Evolving
28