Say it ain't so. The Texas Rattlesnake himself, Stone Cold Steve Austin, is making a return to WrestleMania.

The last time we saw Austin on a WWE show was back in March 2020, almost two years ago, when he was promoting '3:16 day' and gave Byron Saxton a stunner.

Now the rumours have become a reality. Stone Cold has made plenty of appearances since his retirement in 2003 but this might be his best one yet.

On Monday Night Raw this past week, WWE superstar Kevin Owens announced he was hosting a special edition of his 'KO Show' at WrestleMania.

Owens went through a list of Texas legends to bring back for the monumental event, including the likes of JBL, Booker T and Shawn Michaels.

But there could only be one. He ended up calling out Stone Cold Steve Austin and the Texas Rattlesnake responded to the invitation on social media.

Denying HBK an invite for Bret amused me ? pic.twitter.com/VjjknixXUw

Here's what he said in a fairly epic video posted on the WWE's channels:

Nineteen years ago I wrestled my last match in a WWE ring. After three Rock Bottoms, 1-2-3, I lost the match and for nineteen years I’ve had to live with that defeat, knowing my time was up. Kevin Owens, I want to thank you. I want to thank you for waking something up deep inside me that I’ve kept buried for nineteen years. Ever since you started running that damn mealy-mouth of yours, talking about the state of Texas, the great state of Texas, you got my attention, and why would you want to do that, Kevin? I can think of two reasons. One, you are one dumb son of a bitch, and two, you are fixing to get your ass kicked by ‘Stone Cold’ Steve Austin. But if you want to call this The KO Show, a match, a fight, a brawl, whatever, I will guarantee you this – in Dallas, Texas, where I started my career, at WrestleMania, ‘Stone Cold’ Steve Austin is going to open up one last can of whoop-ass on you, Kevin Owens, and that’s the bottom line because Stone Cold said so.

While it might be a special rendition of 'The KO Show' and involve an interview and back and forth between the two, it sounds like it might get physical.

It's a bit unrealistic to expect Stone Cold to come out with a full WrestleMania match at the age of 57, but if he hits a stunner or two, we'll take that too.

Don't forget the patented beers as he scales every corner of the ring too. You can't get tired of seeing that. 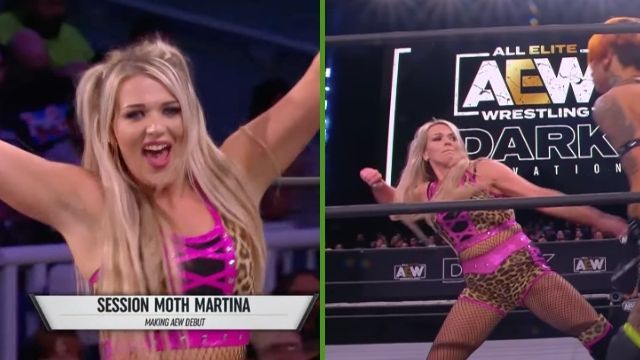