American Sports
May 8, 2021
By Fiachra Gallagher

Leader, who has been capped twice by USA Rugby, recently made the switch from rugby to American football, placing his faith in his transferrable kicking skills.

He spoke to Balls last year about how his kicking ability had drawn attention while playing rugby in the States.

Kicking was always my thing. Whenever I played rugby or gaelic football, I loved kicking.

The level of kicking here isn't great from rugby guys. I think it comes from a mentality of kicking the ball away on fourth down. Kicking is negative. I think that seeped into rugby.

Teams would be attacking from their own 22 all the time. When I came out here, I caught people's eye. They'd say 'oh you can actually boot a ball.' I'd tell them it was standard back home...

I know that cliché, 'land of opportunity', but I have been presented with a lot of opportunities here. And if I didn't do this, I'd be kicking myself, no pun intended.

He took another step towards achieving his NFL dream yesterday, playing in The Spring League for the first time.

The Spring League is a professional American football competition where players are given a platform to try and attract NFL attention. While it is unpaid, it can often lead to invites to the training camps of NFL sides.

He would notch his first field goal in the game, achieving success at the first attempt.

The Galwayman's kicking worked a treat, as you can see in the clip below.

Clip is of my first ever kick in a game, thank you to everyone who tuned in and sent me well wishes! It was a surreal experience ? @TheSpringLeague pic.twitter.com/c4kTPXQiMl

If he can continue to impress over the coming weeks in the competition, who knows where he'll end up?

SEE ALSO: Tadhg Leader Is Trying To Make It As An NFL Kicker 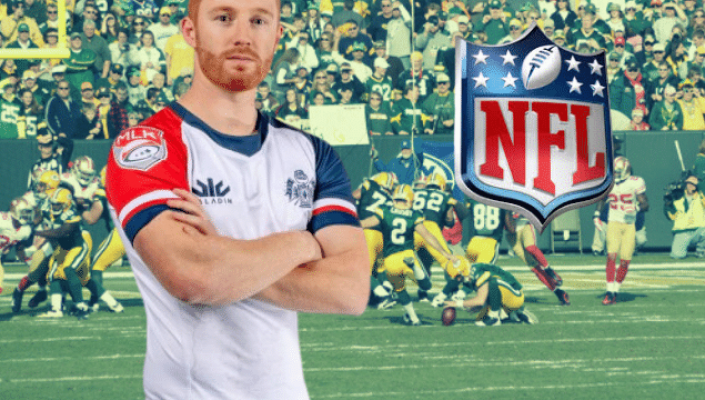