Twenty Years Ago, U2 Played The Super Bowl Halftime Show

America was a strange place to be 20 years ago. 9/11 had punctured the dizzying haze of day-to-day American consumerism and left a funny void. U2 had been selected to play the Super Bowl halftime show. It was an odd choice.

America was still gripped by weepy patriotism and here were four men from Dublin performing on the most sacred timeslot during the most holy day on the American calendar. U2 were huge then but not quite the rock demagogues they would become.

They opened with 'Beautiful Day', a commercial choice (it was a hit single then). Afterwards, Bono went into high priest mode. A sheet was unfurled from the rafters and the names of all the 9/11 dead were projected onto it, scrolling upwards in three columns.

February 2002 when @U2 played the @SuperBowl #U2 #SuperBowl2018 pic.twitter.com/NEKcs7JhyE

As the legendary riff of 'Where The Streets Have No Name' began, Bono started to mumble a weird prayer (listen closely and you'll hear him say something about football players) before shouting "AMERICA!" as if he himself could rouse the entire nation.

There was something televisually amazing about the names of the 9/11 victims in massive font moving upwards as The Edge played one of the greatest riffs in rock history. U2 of course were equal to the occasion, with Bono making heart gestures with his hands after the sheet fell from the rafters and appealing for "love, love, love".

Then the coup de grace: during the final bars, Bono opened his leather coat to reveal it was lined with an American flag. The crowd exploded. It was either a euphoric moment or a slightly sickening one depending on your level of cynicism.

I was watching this from a bar called The Silhouette in Allston. It was your classic American dive bar. The New England Patriots were playing in that Super Bowl. They had never won the Super Bowl before. The locals had made cake. I was sitting beside a wheezy 60-year-old woman. She cried through the end of the song. I had never seen music do that to someone, certainly not the halftime show of the Super Bowl. It was profound and pandering, U2 in a nutshell.

Before the game restarted, a visibly moved Paul McCartney told the American commentators that a team named the Patriots deserved to win because of 9/11 and all that. (They were massive underdogs that day, nothing like the juggernaut they would become.)

Lo and behold, they did.

SEE ALSO: Have You Ever Wondered What $1Million Gets You At The Super Bowl? 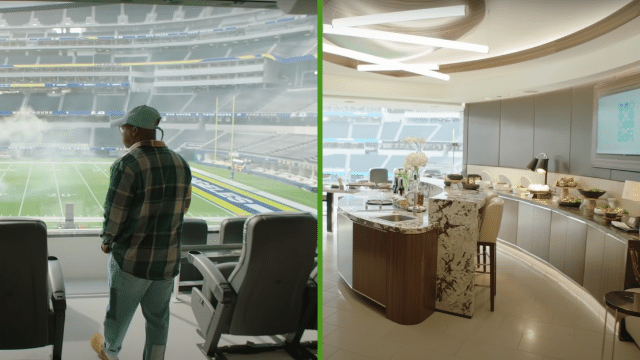