Can Brady Do It Again? The New NFL Season Starts Tonight

It's not quite Friday Night Lights; but the Thursday equivalent which will see the 2021/2022 NFL season kick off this year.

It's hard to avoid the headline-grabbing Tom Brady in the world of NFL and pitting him in the opening game on Thursday night is another example.

Brady, now at a youthful 44 years of age, will be looking to replicate last season's heroics as he makes his 300th regular season start in the league.

So how's this year's season looking like on paper? Well, we're treated to even more NFL action as there's an extra sixteen games on the schedule.

In a very broad look at the upcoming weeks of games, let's see how the oddsmakers see the season playing out, and keep you up to date on the big offseason trades.

The Kansas City Chiefs are this season's team to beat at 5/1. They lost out to Tampa in the Super Bowl last year but won the year previous.

Then, to no surprise, it's Tampa Bay at 13/2, followed by the Buffalo Bills at 10/1. Last season's AFC Championship finalists are in the fold.

The NFC Championship finalists in Green Bay are also at 10/1 after convincing MVP Aaron Rodgers to stay, and then there's a four way tie in teams at 14/1.

The Cleveland Browns, Los Angeles Rams, San Francisco 49ers and Baltimore Ravens are all on the cusp of the top group.

The odds don't bode well for the Houston Texans. They're a massive 250/1, as tensions between the team and QB Deshaun Watson continue.

In case you'd forgotten that Julio Jones now plays for the Titans pic.twitter.com/4dYSUAj3HS

Every year, if you haven't followed up on the trade wire you'll tune into a game and think "I thought he played for x."

There are a number of candidates this year. Top WR Julio Jones has gone to the Tennessee Titans for this season after playing out all his career so far in Atlanta.

There are a number of QB changes too. Carson Wentz is no longer in Philly, he's gone to the Colts. Matt Stafford is now the starting QB for the Rams.

Jared Goff's relationship with Sean McVay deteriorated and he's now with Detroit. Sam Darnold is playing his football in Carolina this year.

That's just on the offensive end. Former DPOY J.J. Watt is now an Arizona Cardinal, Yannick Ngakoue is a Las Vegas Raider and Patrick Peterson is a Minnesota Viking.

It's to no surprise that this year's MVP odds are in favour of all the quarterbacks. In fact, Nineteen of the top twenty are in fact QB's.

Patrick Mahomes leads the list at 9/2, followed by reigning MVP Aaron Rodgers at 15/2. Then you have Buffalo Bills QB Josh Allen at 12/1.

Good ole' Tom Brady is tied with Ravens' Lamar Jackson, and then it's basically almost every good quarterback you can think of.

Derrick Henry is the first non QB to show up on the list at 50/1. Then it's Panthers RB Christian McCaffrey followed by Dalvin Cook.

Andy Dalton has an equal chance of being MVP as Saquon Barkley or Chase Young for example. Madness really.

See Also: CM Punk Made His Return To Wrestling And It Didn't Disappoint 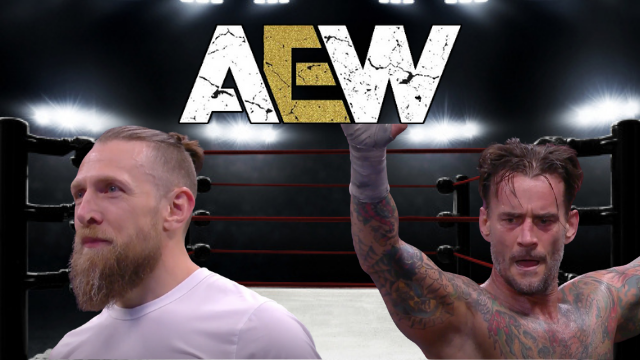