WWE's 'Money In The Bank' Had Some Major Shocks Last Night

Be warned, there are spoilers ahead!

It may have been up against the Game of Thrones finale on Sunday but WWE certainly didn't let their 'Money In The Bank' show pass off without any drama, as numerous new champions were crowed in a shocking turn of events.

However, Evans would have the last laugh. With Lynch thrown straight back into the fire, warring with her nemesis, Charlotte Flair, Evans turned back down the runway and nailed Lynch with a right hook when the referee's back was turned. A dazed Lynch staggered to her feet and, after a brief exchange, Flair hit her with a big boot (in truth they botched it and she hit a whole lot of air) and pinned Becky for the title.

A decent surprise but that wasn't the end of it. Flair and Evans started beating the crap out of Lynch after the match had ended, only for Bayley to come to Lynch's rescue. After clearing the ring, Bayley's attention turned to a certain item she had won earlier in the show. The Smackdown superstar had emerged victorious in the women's money in the bank match, which opened the show, and now, with Flair lying motionless in the ring, she chose to strike while the iron was hot and successfully cashed in the briefcase.

ANYTHING CAN HAPPEN LIVE on @WWENetwork...

The men's money in the bank match was the night's main event but they started minus one competitor due to the fact Sami Zayn was taken out by a mysterious attacker earlier in the show. The match was incredible, as expected, but low and behold, there was more drama to come.

After a few minutes of everyone making one last, desperate attempt to climb the ladder and unhook the MITB briefcase, Ali found himself alone at the summit and certain of victory.

Just when you thought ... again ... he was out of WWE ... again ... they pulled him back in! Having lost the WWE Universal Title at Wrestlemania less than two months ago, Lesnar  is now in possession of the MITB briefcase, entitling him to a title match whenever he pleases. 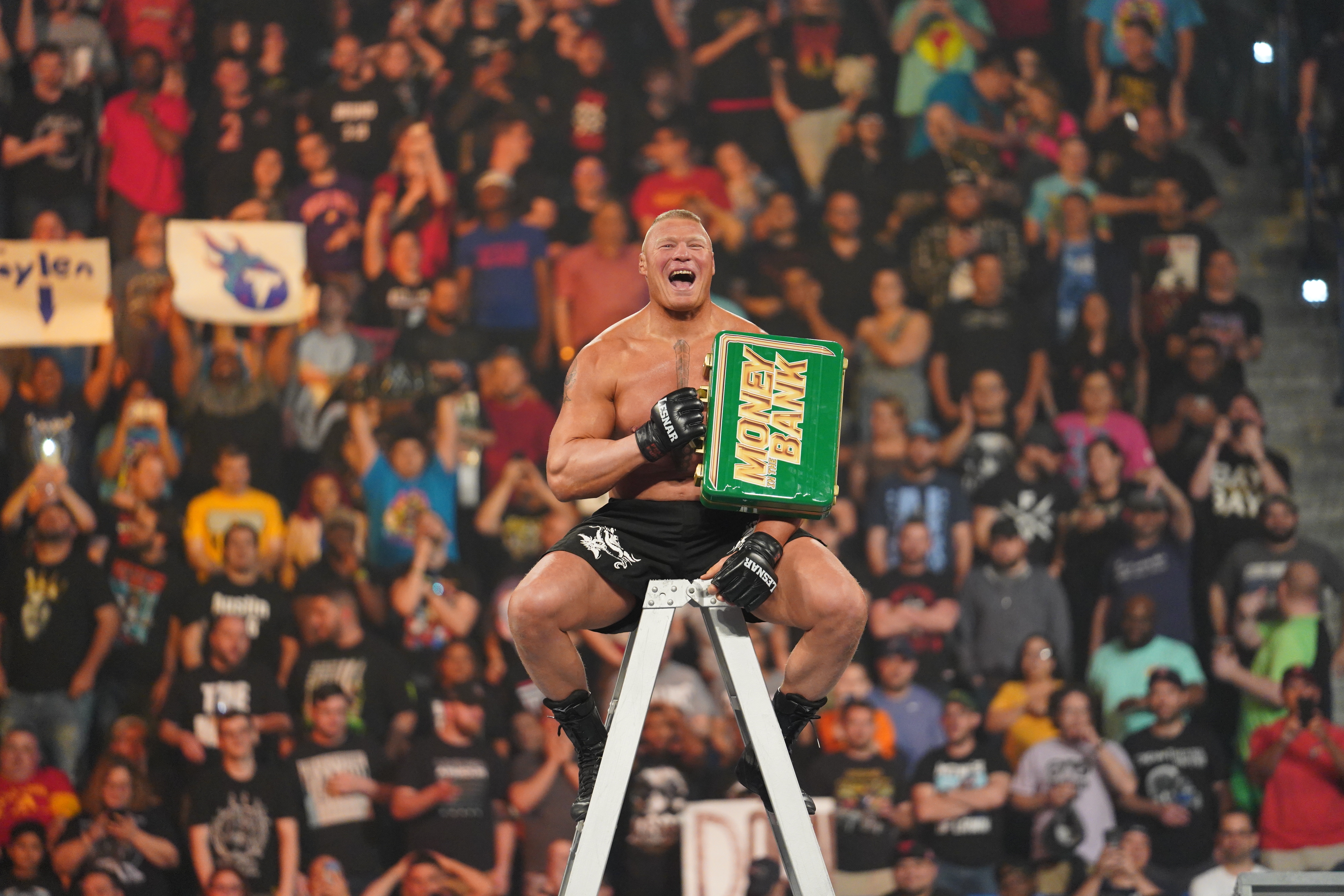 While Sunday night's swerve made for a great moment, it's rumoured that Lesnar will use the briefcase to challenge Seth Rollins to a championship match at 'Super ShowDown' in Saudi Arbia, which would really ruin the element of fun that a surprise cash-in could deliver. Anyhow, WWE were tasked with a tough challenge in trumping the Game of Thrones finale and no one can accuse them of not pulling out all the stops.

Gaming
4 weeks ago
By Ryan Carrick
The Latest WWE Video Game Looks Very Different
American Sports
1 month ago
By Gary Connaughton
Sheamus Reveals He Once Had Backstage Fight With WWE Star Over Rent Money
American Sports
1 month ago
By Ryan Carrick
Is AEW A Real Alternative To The WWE?
Popular on Balls
Snooker
16 hours ago
By PJ Browne
John Higgins Makes The First World Championship 147 In Eight Years
3