Irish 1500m runner Andrew Coscoran says he has relished every moment of his Olympic experience, despite seeing his dream fade away in Tokyo during his semi-final.

Coscoran came 10th in his race despite almost reaching his personal best in a strong field.

The Balbriggan native clocked up a time of 3:35.84 - just 0.18 outside his personal best - but it was not enough to see him reach the final.

"I did well to get into the semis,” he told RTE Sport after his race. “But I’m surprised. I ran 3:35.8 there and that’s pretty good but I was still way off.

'The standard is just insane!' - @Andrewcoscoran enjoyed his first #olympics semi-final and had a word for fans back home
'Balbriggan is a class... Everyone should check it out'#Tokyo2020 #RTESport

"The standard was just insane. There are some class guys in there and I was happy to mix with them.

"I feel like people might think I’m disappointed but I’m just tired. I’m actually pretty happy, but I’m a bit surprised and tired that 3:35.8 gets you nowhere near the front.

10th for Andrew Coscoran with another brilliant run, just outside his PB with a time of 3:35.84.

Won't be enough to qualify, but what an Olympic debut ????#TeamIreland #Tokyo2020 pic.twitter.com/imR3Ta4uoX

This has been Cocsoran’s first ever Olympic Games.

"It’s been a huge learning [experience]," he added.

This is my first experience of a world senior event. I have competed in European indoor events, but this is the first one on the world stage and I made the semis.

I’m chuffed and over the moon. I think going forward hopefully I get some of the bigger races.

I struggled to get into some of the big races this season so hopefully I can be knocking at the door, and they’ll let me in this time.

At the end of the day you can start worrying about tactics when you are fit enough. As you could see there, I couldn’t because I wasn’t fit enough.

I didn’t have to use tactics because I was holding on for dear life. But you have to be fit enough to do, and I’m still looking to improve that.

I’m getting better every day, so hopefully next year I’ll be fitter and hopefully be able to use some tactics.

And on Tokyo, he added: “It’s class. I’ve loved it. Obviously, it’s a bit stunted with Covid measures and stuff but it’s still great craic.

“All the Irish are great. Everyone who is left is over there cheering me on and it was class.”

He also thanked his support at home, finishing off with this note: "Balbriggan is class. It’s a lovely spot and everyone should check it out." 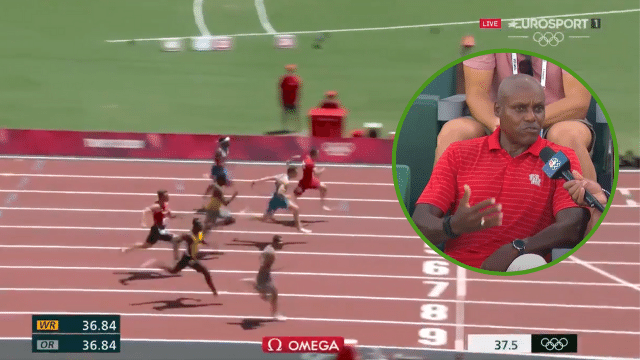