"It was tough, it was weird," says Ann-Marie McGlynn about the Olympic qualification heartbreak she suffered last year.

At the Cheshire Elite Marathon, the Offaly native finished an agonising four seconds outside the standard required for Tokyo when she ran 2:29.34.

"After Cheshire, I came home," says the 42-year-old, speaking at the launch of the Irish Life Dublin Marathon and Race Series, Runners' Support Squad.

"My kids, Lexie and Alfie, they just don't understand it. They were like, 'It's OK'. It's nice to come home to that, get up the next and you do the school run. We did a couple of days of that. The calls and messages were coming in, and it was hard. I think I just shut down my phone.

"Me and my coach, we just decided we'd go to Austria to give it another go. It was always going to be hard. It was a month out. We tried that.

"You just had to put it behind you. There's no point dwelling on it. As my Daddy says, maybe I wasn't meant to be there."

Her son Alfie, and a serious illness which he suffered a decade ago, is one of the reasons she got back into running. McGlynn ran up to under-23 level but then took a step back from the sport for seven or so years, feeling her results were not satisfactory. 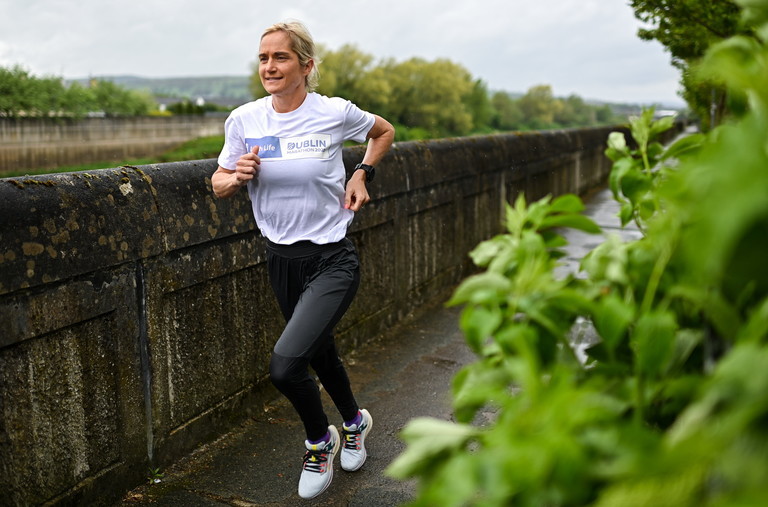 "I moved up to Strabane in county Tyrone with my now husband – that’s where he is from," she explains.

"To cut a long short story, Alfie got ill and I just got back into my running to lift myself up. It turned out to be the worst strain of bronchiolitis and his lung collapsed when he was three weeks old. That’s not what you want.

"He was baptised in hospital. It was something I never ever thought would come to my door. You read about it but you think 'no' and then it comes. It definitely knocked us. [My husband] Trevor was a lot stronger than me and I just couldn’t see pass the doctors who told me that it didn’t look good. Thankfully running help me.

"I got fitter and Alfie got stronger thankfully. Now he has me running after him every evening to football, GAA, and he does a little bit of athletics. To look at him now, you wouldn’t think [he was ill]. I am thankful for that.

"Once we got Alfie home from intensive care I decided I would keep up my running because I started to love it again. It is amazing – you put a pair of trainers on and you go out. It doesn’t cost anything and you can just switch off, fresh air." 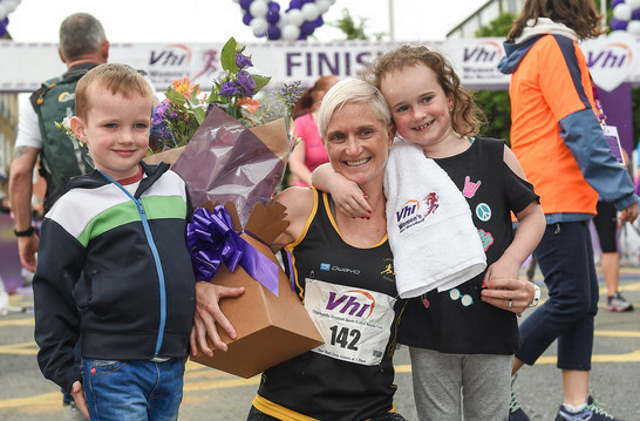 Though now in her early 40s, McGlynn - who works part-time doing sports massage - is in the form of her life.

"My coach Emmet Dunleavy, he's got it down to a T. Less is more with me. We don't go redlining. We stay under threshold, and it seems to work for me. With that kind of training, I'll have another few years in me definitely.

"It's not about huge miles. I can't do 120 miles a week, and there's no point in me even trying. If I can stick at 90, and build a really good aerobic base, it will keep me going another while.

"I am very good at switching off. I am not one of these people that has to run every day. When I am given a day off I take it."

This summer will partially help mend the heartbreak of 2021. She qualified for both the Commonwealth Games and the European Championships. McGlynn chose to run the marathon at the latter in Munich this August as it is a team event. She also hopes that her great form will continue for another two years, and take her to the Olympic Games in Paris.

"We'll try and stay until that, and see if I can get those rings. It's not the be all and end all. I'm fit and healthy, and still running. I can’t see me ever stopping it like I did when I was 23 or 24."

See Also: Dublin Marathon Must Adapt To A City Which Has Changed 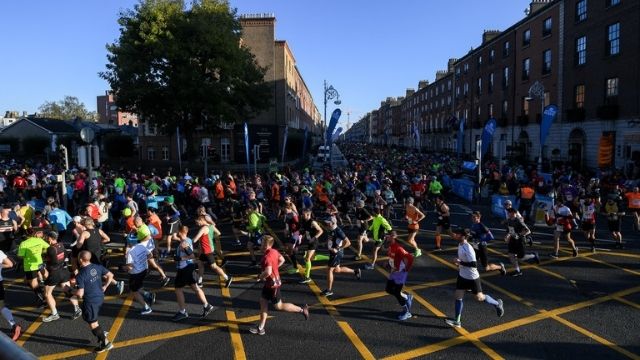