There was an absolutely phenomenal athletics performance from Belfast at the weekend as 12-year-ol Emer McKee ran a 16.40 5km time at a race at Downroyal racetrack.

By all accounts, this is the fastest time ever run by a 12-year-old girl for the distance. The previous world record for the 5m for the age group is believed to be 17.16 Florida by runner Annabella Veltcheva.

This appears to be a WORLD RECORD for a 12 year old (unconfirmed).

The previous best was 17.16.8 by Annabella Veltcheva (USA) in Clermont, Florida. pic.twitter.com/NmBzrMAPCz

A thrilled McKee told the BBC she ran an even faster time a few weeks back.

"A couple of weeks ago, I ran at Victoria Park and did 16:37 so when the races started [after lockdown] I was so pleased because I was still in my peak form."

McKee runs for the Willowfield Harriers in East Belfast.

Though its unusual to see runners as young as McKee running in 5km races, the East Belfast prodigy has been active on the running circuit in Northern Ireland. She finished second place in the women's running of the Champion Chip Ireland Running Series Event 6 back in September, finishing with a time of 18:04.

She is definitely a name for the future. 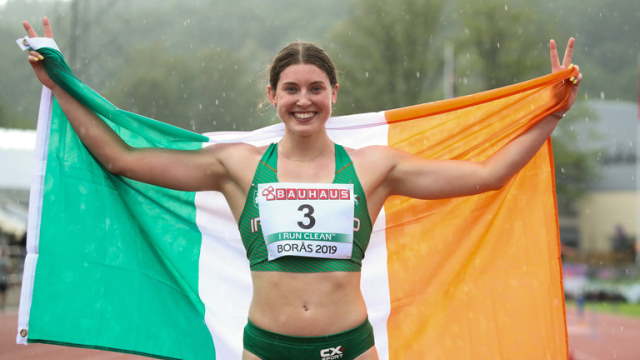