2018 was a momentous year for Irish athletics. It was one where young stars shined and our big senior names mixed it with Europe's best.

At the Olympic Stadium in Berlin on August 9th, Thomas Barr created a moment of history for Irish athletics when he became the first Irishman to win a medal in a sprint event at the European Championships.

A leap from the Waterford man, metres after crossing the line in the 400m hurdles final to claim bronze, was one of joy; one of a realisation that the promise shown two years earlier in the Olympic final was beginning to be fulfilled.

He was also named Irish Athlete of the Year.

Watch as Thomas Barr held on to take a bronze medal in the 400m hurdles at the European Athletics Championships #rtesport pic.twitter.com/tanLZMr9bB

Middle distance and long distance races have traditionally been the spots in the schedule of major championships to which Ireland has looked for its medal hopes. 2018 saw another landmark moment in a change for Irish expectations.

At the World U20 Championships in Finland, the Irish women claimed a thrilling silver in the 4x100m relay final.

A team of Molly Scott, Gina Akpe-Moses, Ciara Neville and Patience Jumbo-Gula, along with the injured Rhasidat Adeleke, ran 43.90 - the third fastest time ever by an Irish team - as they finished behind Germany.

Ireland came home with two silver medals from that World U20 Championships in July. After the relay silver was won on the Saturday, there was another claimed on the Sunday.

That was by Finn Valley AC high jumper Sommer Lecky. The 18-year-old cleared a magnificent 1.90m - a new Irish U20 record - to take the medal behind Belarus' Karyna Taranda.

The jump was also the second highest ever by an Irish athlete, 5cm below the Irish record of Deirde Ryan.

Lecky was also named Irish Junior Athlete of the Year.

Incredible jump from Ireland's Sommer Lecky at the World U20 Championships! She's over at 1.90m for a new Irish U20 record. pic.twitter.com/orEK6hNf8q

Sarah Healy claims double hold at the European U18 Championships

The Irish women's team topped their section of the medals table at the European U18 Championships in Gyor with three golds and a silver.

Responsible for two of those golds was one of Irish athletics most exciting prospects: Sarah Healy.

On the Friday night of the championships, Healy won the 3000m in a championship record time of 9:18.05.

Sarah Healy produced a final kilometre of 2:57 to win the 3000m title at the European U18 Championships in a championship record of 9:18.05. pic.twitter.com/KvbJX22X4E

Another gold in the 1500m would follow on the Sunday evening in another championship record time of 4:18.71.

Aged just 15, Rhasidat Adeleke won one of Ireland's three gold medals at the European U18 Championships in Gyor back in July.

The Tallaght AC sprinter - who had won silver in the same event at the European Youth Olympics a year earlier - ran 23:52.

That time made her the ninth fastest Irish woman ever over the distance.

Sonia O'Sullivan's daughter, Sophie, raced at her debut championships during the summer. It would end up being memorable for reasons more than being her first time to pull on the Irish vest.

Just 16 at the time, Sophie won silver in the 800m at the European U18 Championships in Hungary, finishing behind highly-rated British athlete, Keely Hodgkinson.

This was Sophie's mother watching the race.

Watch Sonia O'Sullivan live every moment of Sophie's silver medal-winning run in the 800m final at the European U18 Championships last night! pic.twitter.com/v7mwL52NKH 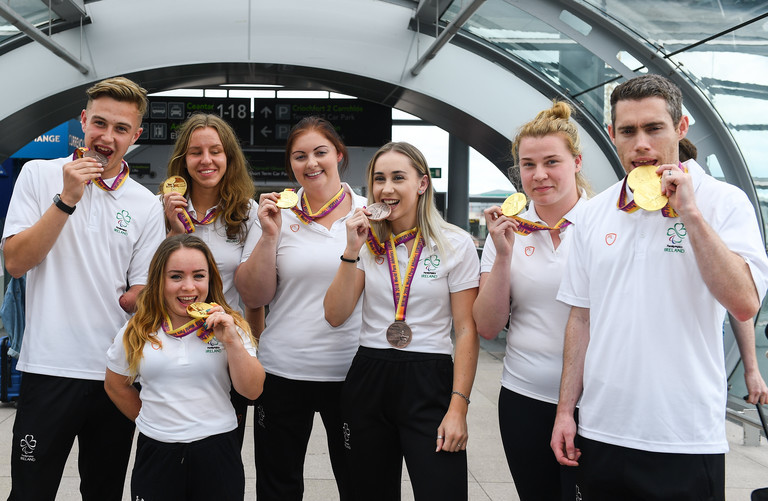 Irish athletes arrived home from the European Para Athletics Championships in Berlin with a commendable nine medals won by seven athletes. It was a marked improvement on previous competitions.

The Irish medallists were:

Leon Reid was a disappointed figure immediately following the European 200m final in Berlin. After going stride for stride with gold medallist, Ramil Guliyev of Turkey, in the semi-final, Reid finished seventh in the final.

With a little bit of perspective, perhaps the 24-year-old's frustration will have lessened. It was an incredibly quick race, one won by Guliyev in 19.76, a championship and national record for the current world champion.

Reid making the final was made all the more notable considering that a week before the race, it still wasn't known if he could run for Ireland.  The Bath-born sprinter's transfer of allegiance from Great Britain only came through on August 3rd with the championships getting underway on August 6th. It was the end of a two-year long process for Reid and the start of another chapter in a remarkable life story. 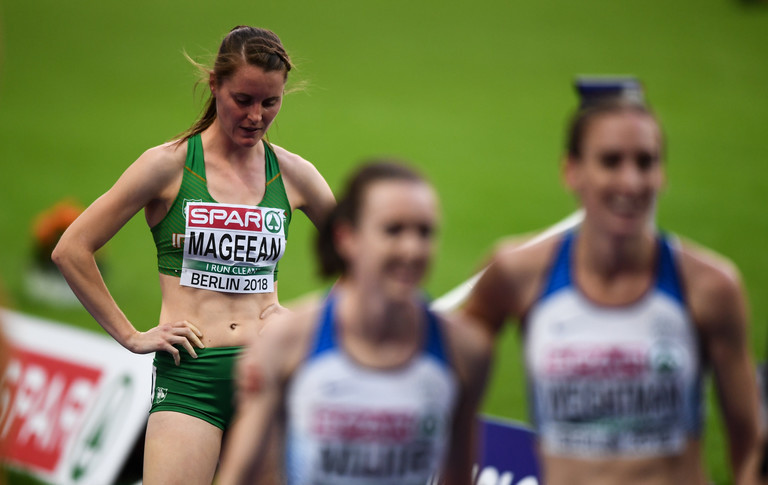 Just a metre or two regularly prevent the celebration of incredible efforts by athletes, in their own minds and by the public. Unfairly, near misses which saw runners give it their all, but fail to bring home a medal, can be forgotten.

In the 1500m final at the European Championships, Ciara Mageean left everything on the track as she finished fourth, edged out of the silver and bronze positions by Poland's Sofia Ennaoui and Great Britain's Laura Weightman, respectively, as Great Britain's Laura Muir easily won the race.

Two years earlier in Amsterdam, Mageean had won bronze in the same event. The interim had seen her form waver but in Berlin in August, she was back mixing it with the best.

It is fourth for @ciaramageean in the 1500-metre final. Her 4:04.63 left her just outside the medals behind winner Laura Muir of Great Britain #Berlin2018 #RTEsport pic.twitter.com/eQfF3FLd9W

The latter two times also made her the fastest Irish woman ever over the two distances and the first Irish woman to hold both the 100m and 200m records in more than 40 years.

Sinead Diver does not run for Ireland, she does so for Australia. Born in Mayo, she moved to Australia in 2002. The now 41-year-old only took up the sport in 2010 following the birth of her first child.

Despite the late start to her career, Diver has competed in the Marathon at two World Championships for Australia.

There was the time Sinead Diver - age 41 - ran 2.25.19 in the Melbourne Marathon, winning the women's race and setting a course record in the processpic.twitter.com/UNSxZEa6H3

In October, she won the Melbourne Marathon, setting a new course record and winning $40,000 for herself in the process. Her time of 2:25.19 is also the second fastest marathon ever run by an Irish woman. Only Catriona McKiernan's national record of 2:22.23 is quicker.

See Also: 10 Sensational Moments From A Historic 2018 For Irish Boxing