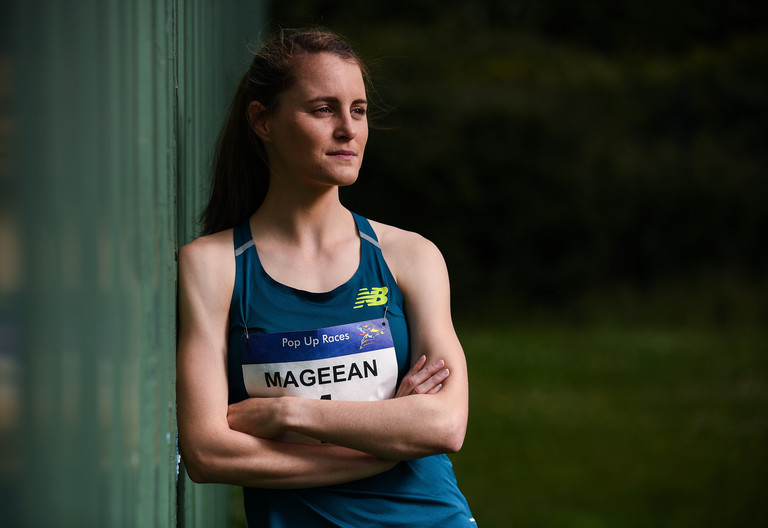 Last week, Ciara Mageean returned to the athletics world after injury, and she impressed running in the Diamond League in Rome. Mageean now qualifies for the World Championships which will be taking place in London this August. She ran her second-fastest 1500m time, and finished in 10th place.

Speaking of 10th place, she discussed the case of British runner Lisa Dobriskey and the controversy surrounding doping in athletics on Off the Ball last night. Dobriskey ran in the Women's 1500m final in London 2012, in which she finished 10th. Subsequently, six of the top ten runners later failed drugs tests, giving the men’s 100 metres final at the Seoul Olympics in 1988 a run for its money as the dirtiest race in history.

Effectively Dobriskey may as well have finished in 4th place. For Mageean, she believes that a drug test is nothing to fear, and praised the Irish Sports Council for the job they do with the athletes. In fact, when she sees a tester coming to her door, she will happily invite them in for a cup of tea.

The likes of the Irish Sports Council do a fantastic job with testing us. Irish athletes are tested regularly, and we are happy to be to tested. Clean athletes want to be tested. Whenever I see the testers at my door, I’m like, ‘Come in, would you like a cup of tea?'

I’m happy, I finished my European Championships, had a medal, I couldn’t wait to go and see my family. I got tested straight after and the lady was like, ‘I’m so sorry, you have been selected for testing.’ I was like, ‘Do not apologise to any athlete for bringing them to a drugs test. You’ve given up your time.’

This woman was a volunteer, you’ve given up your time to come to my sport to insure that us athletes are clean, and I am more than happy to walk down a corridor with you and supply a cup of pee.

The International Association of Athletics Federations (IAAF) introduced a new rule this year which will try and crack down on athletics who gain world records but may have been using performance-enhancing drugs to achieve. Now, anyone who breaks a world record, will have to have been subject to at least six previous tests and have to be tested at the time as well.

Mageean hopes that this will make some countries 'buck up' their opinions to drug testing.

It’s something that’s a huge issue of contempt with all of the clean athletes. You see times tumbling, and you see fast, fast times being posted, and I wish I could watch the sport and think ‘that’s fantastic’, but quite often it’s tinted with ‘hmm I wonder’. But, that’s sport.

Mageean will not compete for Ireland in the European Team Championship in Finland later this month, but instead will be focusing on preparing for the World Championships in August.

You can listen to the full interview on the Newstalk website.

Ciara Mageean Off the Ball athletics