Ciara Mageean Lays Out Reality Of Being A Drug Tested Athlete

The few minutes that people see on the track is the part of the iceberg above the water in an athlete's career. There is so much more going on that we do not get a chance to view.

The reality includes being drug tested regularly and being on a whereabouts system so the testers know where to turn up.

"I have been tested three times in the last three weeks and I was glad of it," Ciara Mageean told Balls at the launch of Circle K’s “Here for Ireland” initiative.

Don't get me wrong, sometimes you're a bit, 'Oh my goodness'.

I was in my boyfriend's house in Kells - his granny was being buried on that day - and I got drug tested at 6am. It's not the tester's fault - they are told to come. They didn't know my boyfriend's granny has passed away and that the funeral was on that day. All I could do was apologise to the family because I'm the oddball that gets called for pee and blood.

Even there yesterday, I was staying with my boyfriend - I only get to see him once a month - and six o'clock in the morning, there was the call. People don't really realise about that part but it is disruptive to your life. I just wanted to stay in bed and cuddle my boyfriend that I never get to see.

I'm happy to be tested and I'm happy that they are investing that money there. I'd never take it out on the people that come to my door. They are doing me a good service by coming to test me. I might be a little grumpy when I open the door - I think most people are at 6am.

At the World Championships in Doha earlier this month, the 27-year-old from Portaferry, Co. Down finished tenth in the 1500m final.

Though there have been medals in other years, it was still the best season of her career. Mageean ran a personal best of 4:00.15 in the final. That was still just over eight seconds behind gold medallist Sifan Hassan.

The Dutch athlete, who won the race in the sixth fastest time ever for the distance, was trained by Alberto Salazar prior to his suspension for doping violations. It left a cloud over her achievements which also included winning the 10,000m. Hassan is the first ever athlete to complete that double at a single World Championships or Olympics. 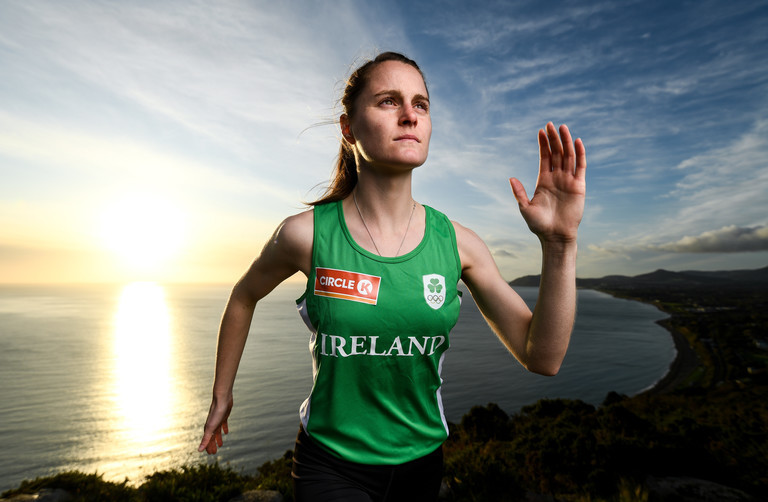 "It is hard as an athlete when you go out in a race and you do wonder, 'In that field, how many people are clean and not clean?'" said Mageean.

"For me, I came tenth in the world and I'm proud of that, I'm happy with that. I want more. I had an interview with Cathal [Dennehy] and he told me that she (Hassan) ran 3:51 and I couldn't believe it. If anybody heard the interview, I was like, 'She wha? 3:51?' I didn't think it was possible to go out in a championship race and race that all on your own at the front.

"I met Steve [Vernon] straight away and he was happy. I did have a few choice words to him that I won't repeat because I don't want it written down. Ultimately, it was saying, 'What do I have to do?'

All I can say is, ''What can I possibly do myself? Within my realm, what would I dream of?' A 3:55 would something absolutely amazing. It's probably more realistic to beat Sonia's national record [3:58.85]. If I could get down to 3:57, I would walk away from my athletic career extremely happy. I'll never get to 3:51 as a clean athlete.

"I'm very happy to say that I will try my absolute best to be as fast as I can as a clean athlete and represent Ireland with pride; to walk off the track knowing that I've done everything that I can and that I can be proud of it as an honest athlete."

Circle K customers can use the Circle K app or their loyalty tag in-store to generate digital coins that Olympic and Paralympic hopefuls can use to fuel their journey to the Tokyo 2020 Games. To support Ireland's athletes, simply download the Circle K app.