Ciara Mageean was out for a run on Tuesday when it hit her: She'd made mistakes on Sunday but was better off making them this year than next when a spot in the Olympic final and medals might be up for grabs. There's time to learn and ensure she doesn't hit the same potholes again.

The 28-year-old is in the form of her life. In three races so far this season, she's set two national records.

A month ago in Bern, a day after she dropped down from altitude training and in what was supposed to just be her season opener,  she became the first Irish woman to run under two minutes for 800m, beating Rose-Anne Galligan's record.

Earlier this month at the Diamond League meeting in Monaco, she broke Sonia O'Sullivan's record for the rarely-run 1000m.

As she lined up for the 1500m in Stockholm on Sunday, there were real expectations that she might break O'Sullivan's 25-year-old record for the distance but it didn't happen. She tailed off the leaders on the second lap, finishing 12th in 4:10.99 as Laura Muir raced to a world leading 3:57.86.

"Unfortunately, Sunday was an off day for me," Mageean said at the launch of ‘Girls Play Too: Inspiring Stories of Irish Sportswomen’.

"Quite often, it's in hindsight that you realise there were a few indicators that showed me and my coach that I was just a bit tired going into the race on Sunday.

"I was probably on such a high off the back of my previous two performances. I didn't realise how much they could take out of me both physically - running the fastest times that I've ever ran - and emotionally.

"I didn't recover quite as quickly as I would have hoped from the last two performances." 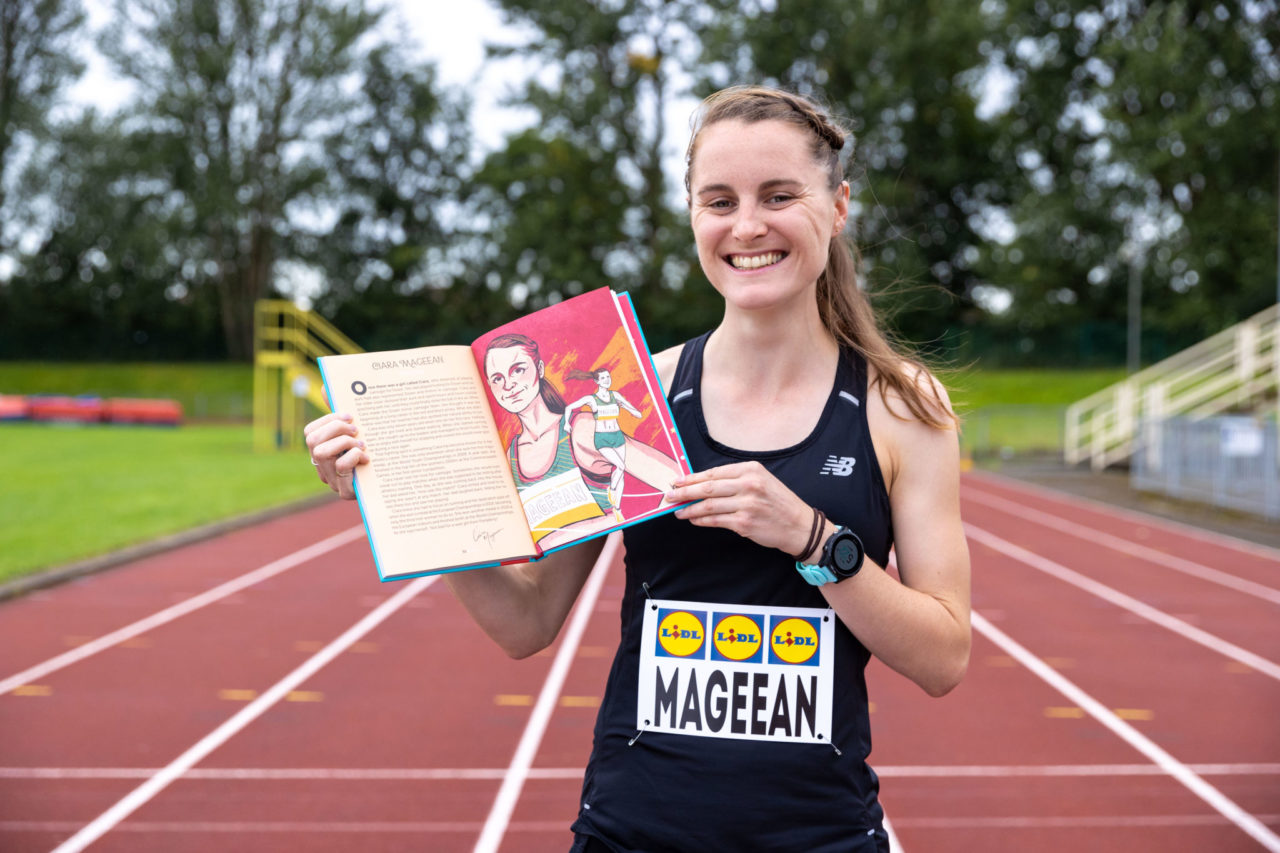 Lidl Ireland ambassador, Ciara Mageean celebrates the launch of ‘Girls Play Too: Inspiring Stories of Irish Sportswomen’, the first ever collection of stories about Ireland’s most accomplished sportswomen written by RTÉ Sport broadcaster, Jacqui Hurley. Sure to inspire the next generation of Irish female athletes, the book is available exclusively in the retailer’s 163 stores across the country for €12.99.

While Mageean was running in Stockholm, the Irish National Senior Championships were on in Dublin. With no major international championships taking place this summer, and so no need to qualify through the nationals, Mageean discussed not running with Athletics Ireland, instead taking the opportunity to compete on the continent.

Breaking two minutes for 800m was a "life's ambition ticked" for the Down native. It also means invitations for top class 800m races may be on their way to her inbox. This season, she plans to run three more races: Ostrava, Berlin and Rome.

The 1000m race saw her on the heels of top class opposition, only finishing behind 2017 1500m world champion Faith Kipyegon and 2018 European champion Laura Muir.

"I have a lot of confidence from those two races and how I felt in them," Mageaan said.

"That four-minute barrier is getting closer and closer. I believe I can go under four and I'll keep having an eye on Sonia's record.

"I know what my aims are. I didn't go into the previous races trying to beat the national record, I just went out to run hard.

"It makes me chuffed to see Sonia tweet after I get one of her records. It's quite humbling because she's an idol of mine. It's not something that's come as a shock for me. I've been aiming for this for a long time.

"It's been a really interesting month of racing for me. I've always believed that I could compete with the best in the world. A lot of the time, there's that sense you have of a strength inside but you can only justify it from the performances that you've done. My performances up to that point didn't show that I could be top five in the world, even though I believed that one day I could.

"The previous two races showed me that the physical proof is there. I probably shook a few cages and set the cat among the pigeons with some athletes that they realise, 'Ciara is a threat. We can't take her for granted anymore'.

"It reassured me that the thing I believed for so long, there's actual tangible proof that I can be up there and compete against the best in the world."