Emer McKee broke her own age group world best for 5k on Sunday. The 12-year-old, who runs for Belfast club Willowfield Harriers, finished in 16.27 at the Lisburn Festival of Running.

She took an incredible 13 seconds off her previous record which was set at the Down Royal racecourse in April.

The young athlete spoke to BBC in April about how she started running and why she loves the sport.

"Normally I'm just running as fast as I can and just waiting for it to be over," she said.

"I started doing Parkruns and I then joined the running club when I was nine and everybody there was really nice and supportive and friendly.

"All my coaches have helped me to just keep at it. I think what I love most about running is that I get to run with loads of my friends in the running club."

Prior to Emer setting the new mark in April, the previous record was 17:16, set by Annabella Veltcheva in Florida in 2017. 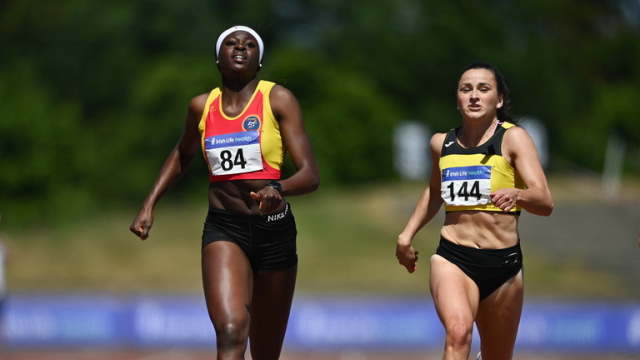