Fionnuala McCormack finished fifth in the Valencia Marathon on Sunday. The 37-year-old also smashed her personal best by just under three minutes.

McCormack ran 2:23.58, breaking her previous best marathon mark of 2:26.47 which she recorded two years ago in Chicago.

The run makes her the second fastest Irish-born woman ever for the marathon. She moves ahead of Mayo's Sinead Diver who runs for Australia. Only Catherina McKiernan's 2:22:23, which she ran 23 years ago in Amsterdam, is faster.

Apologies to Irish running fans! Got so excited out there I forgot one of your greats Catherina McKiernan ? Commmenting solo for 3 hours means this can happen! But what a run by Fionnuala ? 2.23 is brilliant ? @Cathal_Dennehy

McCormack will have just a week to recover before she competes again. She is scheduled to run at the European Cross Country Championships, which are being held in Dublin, next weekend.

Fionnuala McCormack ?? finishes an excellent fifth in the Valencia Marathon in a lifetime best of 2:23:58. ?

And next weekend she is due to make her 17th appearance at the SPAR European Cross Country Championships! ?#FingalDublin2021 pic.twitter.com/IsDLnO0wY3 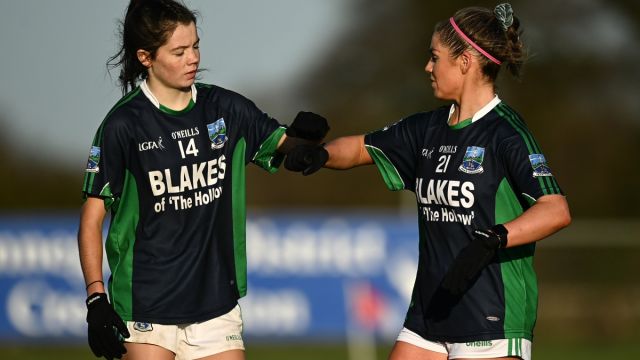 Athletics
1 week ago
By PJ Browne
Israel Olatunde Now Second Fastest Irishman Ever Over 60m
Olympics
2 weeks ago
By Balls Team
The Top 20 Irish Sporting Moments Of 2021
Athletics
1 month ago
By Eoin Harrington
In Pictures: Ireland U23s Claim Stunning Team Win In European Cross Country Championship
Popular on Balls
Hurling
1 week ago
By Balls Team
A Tribute To GAA Players Who Looked Significantly Older Than Their Age
Rugby
2 days ago
By Colman Stanley
The Fascinating Journeys Of The 2012 Ireland's U20 Rugby Team
Football
1 day ago
By Gary Connaughton
Some Pundits Are Revelling In Rafael Benitez's Everton Sacking
32