Hagos Gebrhiwet briefly thought he had won the 5000m at the Lausanne Diamond League meeting on Friday night. His celebrations were cut short when he realised that the had not won 20m but instead had another lap to run.

The Ethiopian won bronze in the event at the Rio Olympics. He is also a World Championship silver and bronze medallist over the distance.

The 25-year-old hit the front on the back straight of the penultimate lap - what he believed to be the final circuit. Compatriot Yomif Kejelcha chased him hard. 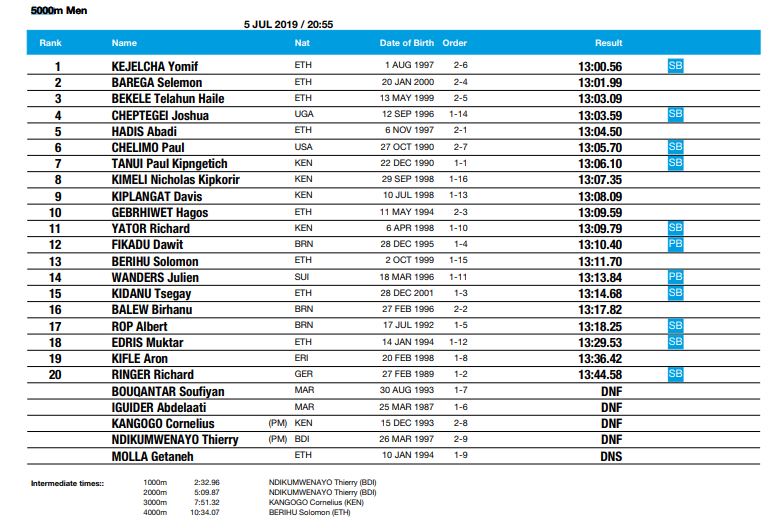 After crossing the line and waving to the crowd, it soon hit Gebrhiwet that Kejelcha and others were continuing to run.

Gebrhiwet hits the front at the 12:10 mark below.