Skeletor Sean carries the hopes of a nation...

Irish competitors Sean Greenwood and Jan Rossiter are in action today at Sochi. 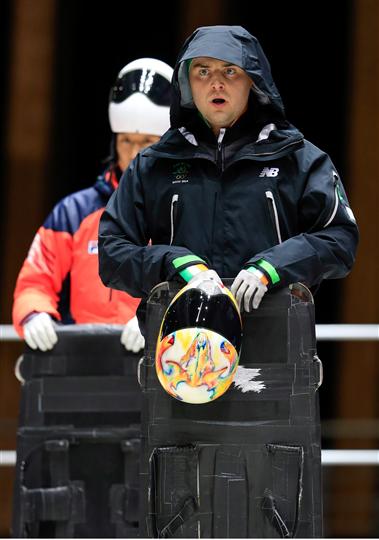 The hopes of a nation rest on the shoulders of Sean Greenwood, who takes to the track in the skeleton competition at Sochi from 12.30PM this afternoon (Irish time).

Greenwood is a North Vancouver native who wears the tricolour speedsuit thanks to his mother Sibéal Foyle of Newcastle, Co Galway. He trains at Whistler, which hosted the sliding events at the 2010 Olympics. He took up the sport in 2008 after one too many shoulder injuries from rugby.

The Irish number one is ranked 21st of 26 in the competition, which will be four heats over two days. The top 20 racers will progress to heats three and four.

As we have already seen, skeleton is the national winter sport of Ireland, along with watching the English football in the pub, and freezing one's balls off in St Conleth's Park or similar.

At the other end of the adrenaline scale, Cork's Jan Rossiter (@oldmanJan) competed in the cross-country skiing 15K classic at 2.00PM local time. He finished 82nd. 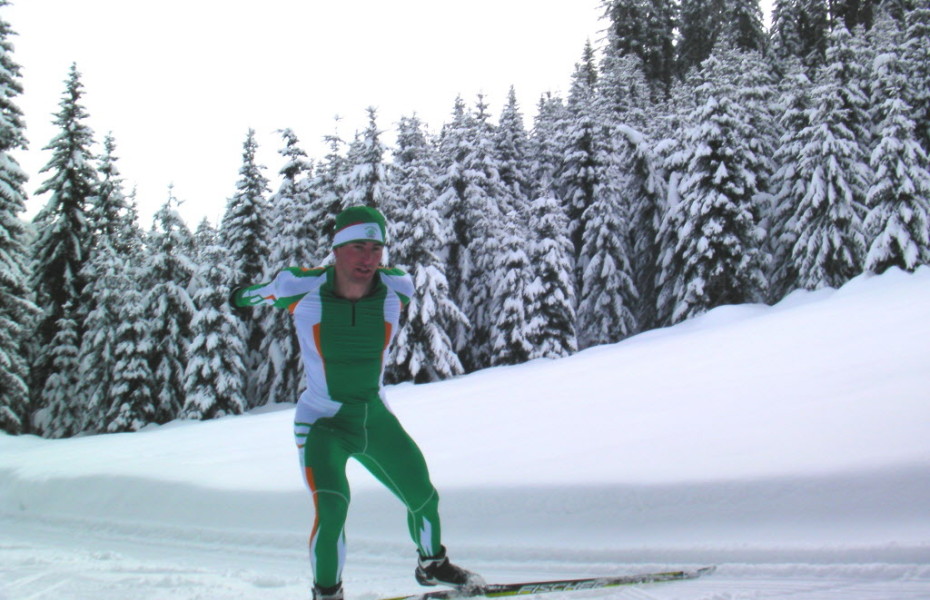 Athletics
7 years ago
By Paul O'Hara
Irish Success At Sochi... Kind Of - Phil Lynott Inspires World Record Routine
Athletics
7 years ago
By Paul O'Hara
Irish Snowboarder Seamus O&#039;Connor Through To Semi-Final At Sochi
Athletics
8 years ago
By Eugene Fogarty
Pictures: Rob Heffernan Collects His Gold Medal In Moscow
Popular on Balls
Golf
17 minutes ago
By Jonathan Byrne
Sky's Ryder Cup Holograms Are Freaking People Out
GAA
39 minutes ago
By Donny Mahoney
Much Has Changed Since Jack O'Connor Last Managed Kerry
Golf
1 hour ago
By Jonathan Byrne
Bryson DeChambeau Hit One Of The Most Audacious Drives In Ryder Cup History
Golf
3 hours ago
By Eoin Harrington
Shane Lowry Made A Brilliant Start To His First Ryder Cup Round