The U20 European Athletics Championships got off to a good start for Ireland on Friday, with Rhasidat Adeleke's blazing 100m gold - and things only got better on Saturday with three more gold medals for the Irish.

She followed that up by getting the party started on Saturday, with a second gold medal in the 200m. The Dubliner took a second dominant win, in her sixth race in the space of just three days, to take the first ever 100m-200m double at U20 level for Ireland.

Reminder: she did this after racing six times in three days 🤯pic.twitter.com/Nve24oyE9B

That was only the beginning, though.

His burst of speed towards the end of the home straight was hugely impressive, and a good day for Ireland was only getting better.

It's Ireland day on the track! 🇮🇪🇮🇪🇮🇪

The Irish athletes were in full swing now, and just ten minutes later came the 3000m.

16-year-old Nicholas Griggs from Tyrone ran a stellar close to the race to take home the fourth gold medal of the championships for Ireland, which leaves the Irish team top of the medal table going in to the final day.

A fourth gold medal for Ireland 🇮🇪 in just over 24 hours in Tallinn!

📈 That title also takes Ireland to the top of the medal table! 🥇🥈🥉#Tallinn2021 pic.twitter.com/eW6zVbknYx

Some going for such a youthful athlete in this age group.

The future has long seemed bright for Irish athletics, and the incredible results on day three in Tallinn will have Irish sporting fans very excited for the future prospects at senior level.

The medal table at the U20 European Championships makes for pretty reading at the moment 👀 pic.twitter.com/e5Z7JnIwA2

With Sunday's action seeing more Irish athletes in action, there is a chance that even more medals could be added to the tally, but it's safe to say that the gold medal haul has already made this an immensely successful championships for Ireland. 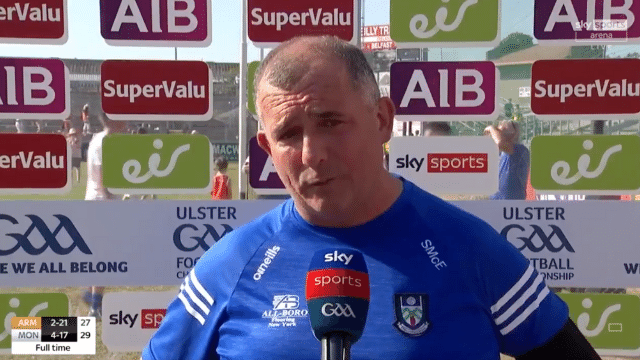