Athletics
May 1, 2021
By Gary Connaughton

The Irish 4x400metre mixed relay team have booked a spot at this summer's Olympics in Tokyo after a stunning run in Poland this evening.

Their time of 3:16:84 also smashed the previous Irish record.

The team were taking part in the heats at the World Athletics Relays in Chorzow, running in the third heat just after 8.30pm Irish team. Hopes were high that they could put in a strong showing, with Olympics finalist Thomas Barr lining up alongside Phil Healy, Chris O'Donnell, and Sharlene Mawdsley.

They faced the likes of Brazil, the Dominican Republic, and Great Britain in 'Heat 3', with a top two finish needed to guarantee a place in tomorrow's final.

Ireland started the race well, with Chris O'Donnell within touching distance of the leaders after the opening lap. Phil Healy then powered on to take the lead in the race, something Sharlene Mawdlsey managed to maintain in the third lap.

What an incredible run by @philhealy2 and the entire Ireland 4x400m mixed relay team who are through to the World final tomorrow & have also secured Olympic qualification!@TomBarr247 @sharlenem229 @cfccod pic.twitter.com/5atI1G8Lvz

Thomas Barr would run the final leg of the race, and while he would lead up until the final 50 metres or so, he would ultimately finish in third place.

However, their time of 3:16:84 was enough to secure a place in tomorrow's final as one of the fastest losers. In the process, they also smashed the Irish record and booked a place at the Olympic games.

As this was by far the fastest heat, it also gave Ireland the fourth fastest time overall. That would suggest they are in with a medal shout tomorrow.

Here's what the Irish quartet of @cfccod, @philhealy2, Sharlene Mawdsley & @TomBarr247 had to say after booking their place in Tokyo in the mixed 4x400m.

An Irish relay team in the Olympics. You really love to see it!

SEE ALSO: Irish Sporting Moments From The Last 10 Years That Are A Tonic To Today 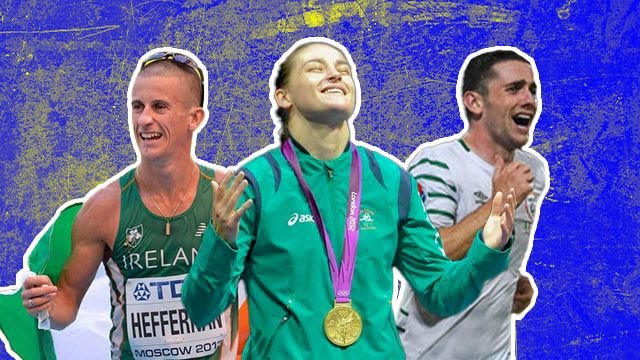