Karsten Warholm smashed his own 400m hurdles world record by an astonishing 0.76 as he won the gold medal at the Olympic Games on Tuesday.

The Norwegian ran 45.94, finishing ahead of America's Rai Benjamin in second and Brazil's Alison dos Santos in third.

Warholm, the reigning world champion, went out hard but was tracked by Benjamin all the way to the home straight. After both jumped the penultimate hurdle, it briefly looked as though it was the American who was going to take over, but Warholm responded and sprinted away to the finishing line.

In early July, Warlholm broke Kevin Young's 29-year-old world record of 46.78 which had been set at the Olympic Games in Barcelona.

"To be honest, it's the greatest race in the history of athletics," David Gillick said on RTÉ.

"That's the consensus that I'm hearing from a lot of people around here. What we've just witnessed, some would have thought impossible - to see someone, over 400m hurdles, run 45 seconds. This is a day that's going to be talked about for years, unless one of these lads decides to break it again." 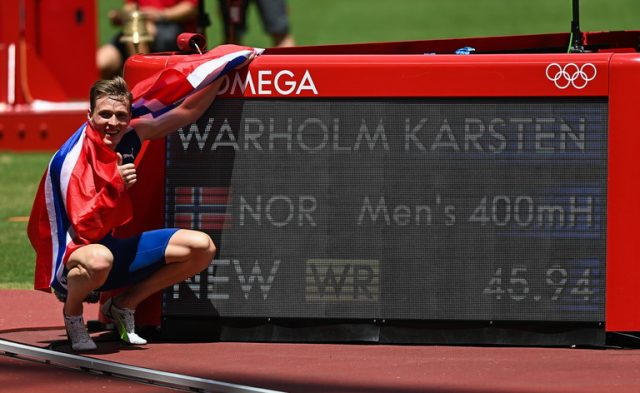 3 August 2021; Karsten Warholm of Norway poses after setting a new world record, of 45.94, after winning the men's 400 metres hurdles final at the Olympic Stadium during the 2020 Tokyo Olympic Games. Photo by Ramsey Cardy/Sportsfile

Warholm called it a "crazy" moment.

"It’s by far the biggest moment of my life," he said.

“I’ve been training like a fucking maniac. I struggled to sleep last night because I had this special feeling in my chest. It’s like the feeling I had as a six-year-old on Christmas Eve. It’s a feeling you think you’ll never have again as you get older. But I had it last night.

"I was so focused on getting that last medal in my collection and now it’s all complete. I need to set myself new goals, I don’t think I’m done yet." 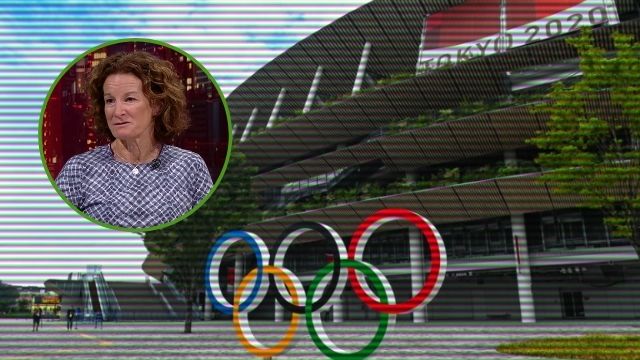