More than two years after starting the process of switching his international allegiance from Great Britain to Ireland, Leon Reid may finally make some progress on his application.

Reid's application has been blocked by an IAAF freeze on athletes switching countries. That pause was due to the high number of athletes changing allegiance to countries to which they had no credible ties.

That could not be said of Reid whose birth mother was from Belfast and foster mother is from Enniscorthy. Reid wants to honour his birth mother by running for Ireland.

At an IAAF meeting in Buenos Aires in July, the matter will be discussed. A working group has already set out a number of recommendations and the IAAF council has agreed on a number of principles upon which new regulations will be built.

- Evidence that countries are offering full citizenship and associated rights

- The provision that an athlete can transfer only once

- No transfers take place before the age of 20.

By the time of the meeting, it will have been three years since Reid last ran for Great Britain. So, there is a chance he could run for Ireland at the European Championships this summer should his application be accepted.

Earlier this year, Reid won 60m and 200m gold for while running for Menapians AC at National Senior Indoor Athletics Championships in Abbotstown. 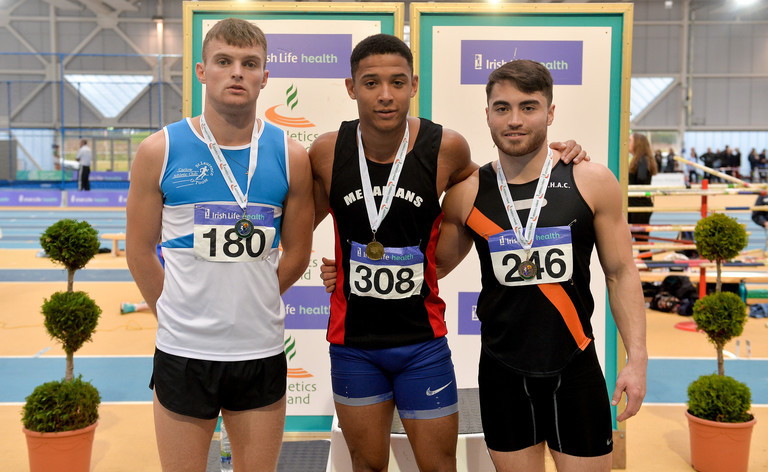 A week ago, Reid won a surprise 200m bronze for Northern Ireland at the Commonwealth Games. After coming fourth in the final, Reid was promoted to the podium following the disqualification of initial winner Zharnel Hughes.

Following the race, BBC analyst and athletics legend Michael Johnson called for the IAAF to sort out Reid's situation.

"Hopefully, they can get that sorted quite soon," said Johnson.

"Given how loose the IAAF was with the allegiance transfers in the last several years for not so noble reasons, I would hope that they would take a look at this and do something about it and give him the opportunity to make a legitimate allegiance transfer so that he has a country to run for."

Leon Reid: The English-Born Sprinter With A Dream Of Running For Ireland

GAA
1 year ago
By Michael McCarthy
Our Favourite Pieces Of Sportswriting On Balls.ie In 2018
30