'Huge Questions Were Asked After Berlin. We Had An Honest Discussion'

When Marcus Lawler crossed the line at a little after 8pm local time on Thursday evening, he didn’t turn around. Premature celebrations were not in his plans.

"I didn’t want to look back because I wanted to wait until the confirmation came up on the screen."

The result soon did pop up at the Stadio San Paolo (home of Napoli football club), bringing with it affirmation for the years of work he and his mother had put in.

The Carlow IT student - also a proud Carlow man - had just finished third in a high quality field in the 200m final at the World University Games. It was a flash of pure joy.

"I wanted to attack the bend - and while they got away from me - I did slingshot off the bend into the straight," says Lawler.

"That was the best part of my race. The last 120m, I just finished so strong.

"You have to stay relaxed because when you tighten up, the shoulders come up towards the ears and the knees don’t lift as high as you want. You’re not moving efficiently.

"I found myself behind but I didn’t panic. I could feel myself reeling in the Japanese guy."

The 24-year-old is coached by his mother Patricia, herself a sprinter of note. In the minutes after the race, INPHO photographer Tommy Dickson captured what was an emotional moment for the mother and son team. 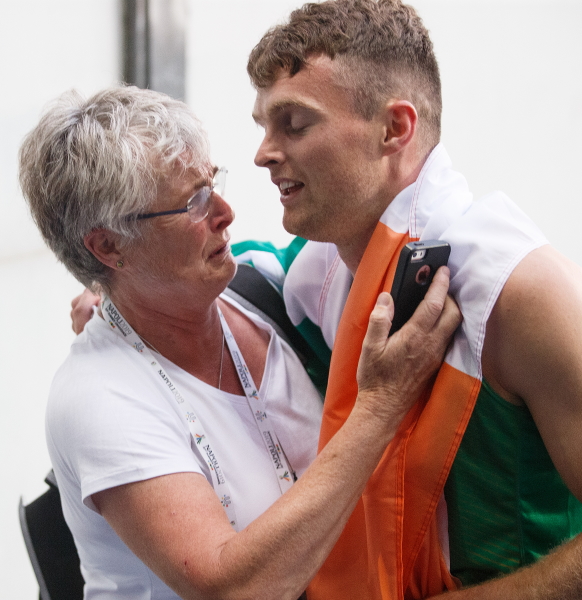 Along with being her son's coach, Patricia cares for Marcus's grandmother. As anyone who has cared for an elderly family member knows, it is a full-time job in all but name and remuneration. She also works as a barber doing house calls.

"The work she’s put into me is unbelievable," says Lawler.

We’ve been trucking along for I don’t know how long.

The first major championships we had was 2011 at the European Youth Olympics. She’s been there since then and it never clicked for us.

I was delighted for Mam because of the work she’s put in. It’s just shown that her plan works. I had a quiet confidence that we could do it.

The medal was won while staying local. Lawler has just finished at Carlow IT after six years of study. It has been his base along with the odd day in Kilkenny and at the National Sports Campus in Abbotstown.

Support has also come locally. Autoimage Carlow have provided him with a car and Quickpark with a place to put it while he's flying around Europe for races; Carlow GAA and IT Carlow, along with Athletics Ireland and Student Sport Ireland, helped fund his trip to Italy for last week's championships. For an athlete trying to realise his dreams, it all helps.

At last year's European Championships in Berlin, Lawler exited disappointingly in the first round. Just three weeks earlier, he had set a new 200m personal best of 20:40.

"There were huge questions after Berlin last year," he discloses.

"We all sat down, the whole team we have around me. We had an honest discussion."

"We threw a lot of things out there, a lot of possibilities," says Lawler.

"The people around me said, not harsh, but straight things to me, things that I could improve on - 'Was I leaving every stone unturned?'

"I was slightly unlucky in Berlin in that if I was in another heat and ran the same time, I would have been through to the semi. I might have squeezed a bit more out of myself but the bottom line is I didn’t. I needed to come in the top three and I didn’t do what was asked of me.

"I’m a year older, I’m a year stronger, a year better. I learnt from it. It was a huge experience to be out there." 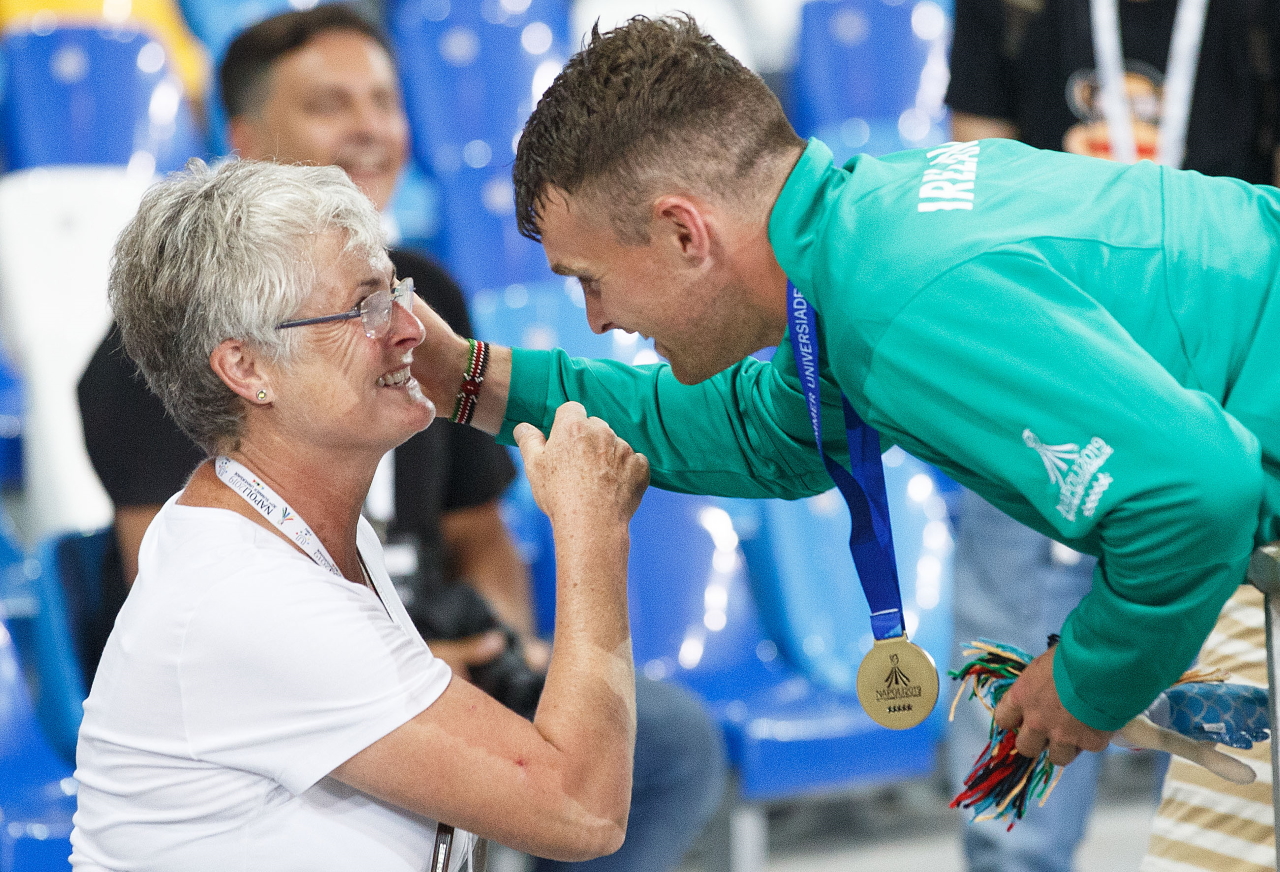 Next up are the National Championships at the end of the month. The 200m could be the race of the weekend as it may feature four of the top ten fastest Irish men ever over the distance: Leon Reid, Stephen Gaffney, Lawler and possibly Aaron Sexton, the Bangor 18-year-old bound for the Ulster Rugby Academy.

For Lawler, the medium-term hope is that his first international podium finish will help him get noticed by race promoters.

"It’s been hard this year to get into races that I’ve wanted to get into," he says.

"I don’t have a race agent. I’m fighting for myself.

"Hopefully, the medal will help me get into a few more big races against quality opposition."

See Also: How Olympic Dreams Were Crushed For One Of Ireland's Most Exciting Athletes