Marcus Rehm broke his own world record while winning gold in the T64 long jump at the European Para Athletics Championships in Poland on Tuesday.

The German jumped 8.62m in the third round, beating his previous best - set at the European Championships three years ago - by 14cm.

"I feel amazing. To get the world record is always great. I did it a few times already, but it still feels special. I think it went well for me today," said Rehm, who has twice won long jump gold at the Paralympics.

"This season was really well for me already. I had two competitions and in the first one, I was just one centimetre shy of the old world record. I am consistent at the moment and I need to stay healthy to keep the success coming."

With a leap of 8.62m, it's yet another world record for the astonishing Markus Rehm ?#Bydgoszcz2021 pic.twitter.com/1D1ZuD98Cy

Rehm, who also jumped 8.46m in the second round, finished ahead of Dimitri Pavade of France in second and Marco Cicchetti in third.

The T64 category is for athletes with a below the knee limb deficiency who compete with a prosthesis.

Ireland won its first medal of the championships on Tuesday evening with Greta Streimikyte taking gold in the T13 1500m. Streimikyte broke the European record on her way to victory.

???Medal Alert???@_MaryFitzG wins bronze for Ireland. Fantastic debut European performance from the Kilkenny Shot Putter. She threw 7:35m with her third throw to comfortably claim the ?. 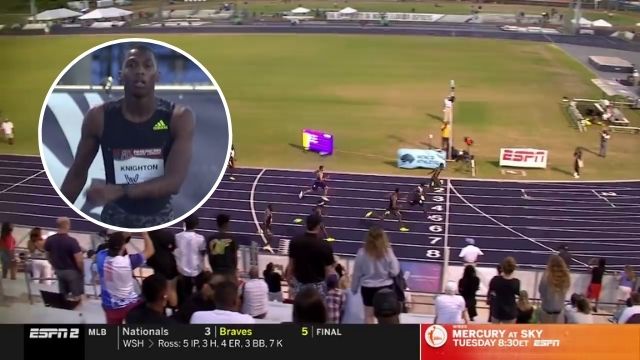