The Donegal man ran 1:44.71 in Castellon, finishing second in the race and, crucially, 0.49 inside the Olympic qualifying time.

Congrats @markenglish_ on your New 800mtrs record??. I borrowed it off Marcus O’Sullivan 26years ago,he borrowed it from Niall O’Shaughnessy....Noel Carroll & Ronnie Delany & that’s the last 70yrs of 800mtrs in ??it gave me great pride and many opportunities.?

Mark English has broken the Irish 800m record with a 1:44.71 in Castellón, Spain this evening. The time takes 0.11 off the record held by David Matthews since 1995?

English ran the qualifying time with just hours to spare before the IOC's deadline. The 28-year-old chose not to compete at the National Championships in Santry at the weekend and instead ran in Leverkusen on Sunday aiming to set an automatic qualifying time. He did not want to leave qualification to the uncertainty of the ranking system which had him on the bubble of booking a ticket to Tokyo.

He finished just short of the required standard in Germany and so stepped up to the mark once again on Tuesday.

Brilliant 800m run from Mark English in Spain. 1:44.71 qualifies him for the Olympics AND it's a new Irish record by 0.11! pic.twitter.com/ql1RUAjpPT 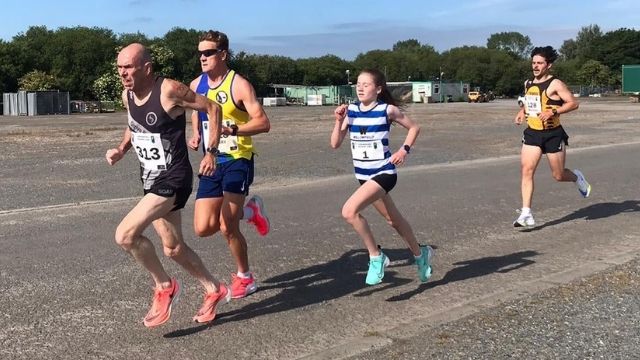