Diver started among the leaders but after 10km a pack of 12-15 broke away at the head of the field. With 10km to go she was in 20th place but continued to pass those who could not keep up pace with the eventual medal winners.

While this is her first Olympics, Diver has run 3 world championship marathons for Australia and this result improved on her previous best of 14th in Doha in 2019.

She qualified for the 2015 World Championships and sought selection for Ireland but didn’t meet Athletics Ireland’s elevated requirements. Having lived in Australia since 2002, they offered her a chance at a major championships and she felt she couldn’t turn them down.

Fionnuala McCormack was best of those representing Ireland today with a fine 25th herself in her fourth Olympics. It was a tremendous run considering McCormack had given birth seven months ago. Aoife Cooke was unfortunately forced to retire early on in the race in the gruelling conditions. 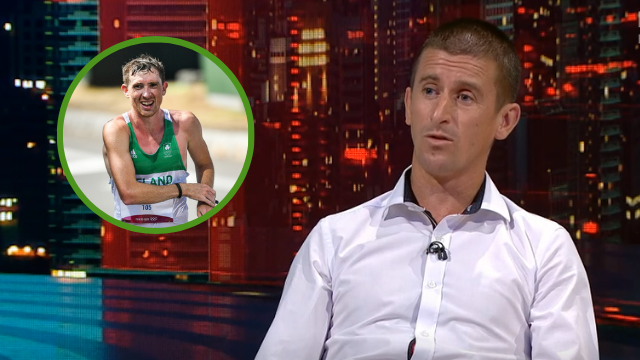 Olympics
5 months ago
By John Dodge
The State Of Play For Irish Olympic Sport - How Are We Fixed For Paris 2024?
Olympics
5 months ago
By Gary Connaughton
Olympic 100m Champion Admits Brit's Doping Verdict Made Him Smile
Athletics
5 months ago
By Andrew Dempsey
Andrew Coscoran Blown Away By Olympic Semi-Final Standard
Popular on Balls
Football
2 days ago
By PJ Browne
Ireland's Lee O'Connor Says It Was An 'Easy Decision' To Leave Celtic
Football
1 day ago
By Eoin Harrington
Quiz: Name Every Player To Score In A Champions League Final
52