It was her second fastest time ever over the distance as she won convincingly from Hanna Hermansson of Sweden in 2:02.66 with Freitas Marta Pen of Portugal third in 2:03.02.

This rounds off an incredible run of form by the Dubliner who has run three of the fastest times of her career in the space of eight days.

A week ago, she set a New Irish U23 800m record running 2:01.01 in Rovereto, Italy finishing third in a top class international field. That time puts her sixth on the all-time Irish list.

She followed that up with 2:02.12 at the PTS Meeting in Samorin, Slovakia on Friday. That now ranks as the third fastest time of her career. 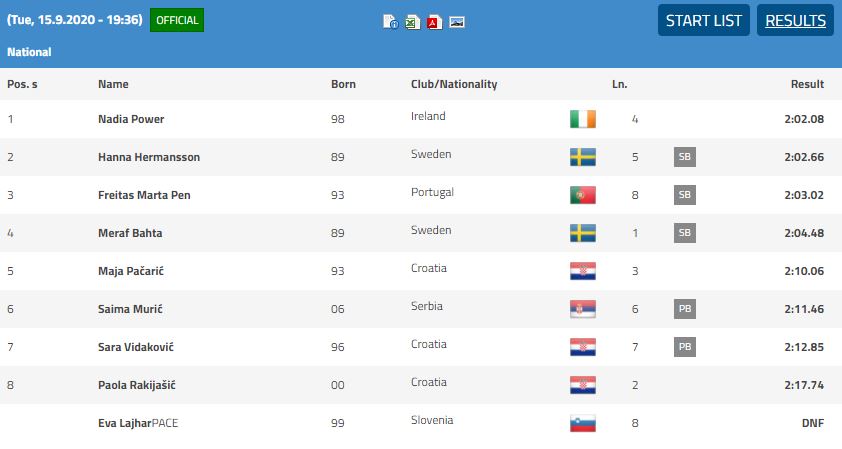 Irish 1500m champion Paul Robinson was also in action at the meeting in Zagreb. The Kildare man ran a season's best of 3:38.26 as he finished in tenth.

Olympian Thomas Barr finished off his season in a positive manner with a third place and season’s best of 50:00 at the Gala De Castelli meet in Switzerland. The race was won by France’s Ludvy Vaillant in 49.22 with David Kendziera third in 49.67.

In the last 7 days , @NadiaPower6 has ran a lifetime best of 2:01.01, set an U23 National Record,posted her three fastest times ever, along with three podium finishes and now🥇in Zagreb.Seriously impressive &consistent!

See Also: Ciara Mageean Has Proved She Can Compete With The Best In The World 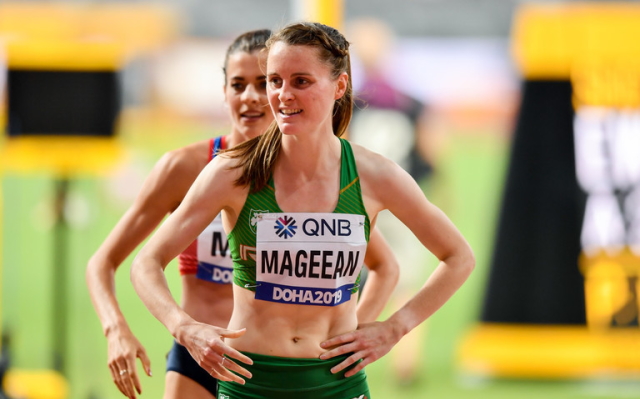