OPINION: Why We Should Consider Lifting The Ban On Doping

Martin O'Reilly is a writer on bioethics and believes that the debate on doping is less cut and dried than it appears....

Most fans of sport think that performance-enhancing drugs should be prohibited, and that any athlete who gets caught taking them should be suspended or even banned from competition. Some of the most notorious villains in sport, down through the years, have been involved in high profile drugs scandals: Ben Johnson, Lance Armstrong, Barry Bonds, Marion Jones, and Justin Gatlin.

Fans and critics alike have also long suspected that the use of performance enhancing drugs is widespread. A few weeks ago, the Sunday Times and German broadcaster ARD published a joint investigation on doping in athletics, which suggested that around a third of medallists at the Olympic Games and World Championships between 2001 and 2012 have recorded suspicious tests. There are, of course, other reasons to suspect that doping is widespread: of all the podium finishers in the Tour de France between 1996 and 2010, around 80 percent are suspected or proven to have used banned substances; and a few years ago, the Australian Crime Commission reported widespread use of doping.

Yet the World Anti-Doping Agency (WADA) and several other sporting bodies continually embrace a code of “zero-tolerance” against doping. The former Olympic champion Sebestian Coe, who was recently elected as the new president of the International Association of Athletics Federations (IAAF), for instance, said that there’ll be “a zero-tolerance to the abuse of doping”.

Though, some believe that Coe, WADA and others are fighting a losing battle. Firstly, the incentives for athletes, in terms of money and glory, are too high and the chances of getting caught are relatively low. Secondly, new drugs are always being developed and some are very difficult to detect. Thirdly, some criticise the current anti-doping rules because they’re ad hoc, contradictory and grounded on false assumptions.

One of these critics is the Oxford University bioethicist, Julian Savulescu, who says that doping should be made legal – so long as it’s safe and doesn’t go against the spirit of the sport. He proposes that instead of attempting to test whether someone has doped, we should concentrate on whether they’re risking their health. At present, things are the other way around: the focus is on cheating rather that harm. Savulescu wrote last year that WADA’s war on doping is “based on a fanatical, quasi-religious crusade against any kind of substance used to enhance performance”.

According to WADA, substances and methods should be banned when they meet at least two of these three criteria: (1) when it enhances performance; (2) when it poses a danger to health; (3) or when it’s against the spirit of the sport.

Needless to say, it doesn’t make much sense to ban something just because it enhances performance. For instance, certain diets, training methods, equipment and clothing are all forms of enhancement, but we don’t normally ban them. Other performance-enhancing substances, like caffeine and creatine, are also legal.

However, it’s often said that doping is harmful and it puts the health of athletes at risk. It’s true that doping can be harmful, but not always; the risks of agents like EPO and steroids can be mitigated if they’re taken in small quantities. Indeed, Savulescu and Norman Fost, who’s a professor of Pediatrics and Bioethics at the University of Wisconsin, claim, contrary to popular belief, that the risks of doping have been vastly overstated. In fact, a study in 2013 showed that French Tour de France cyclists had a 41 percent lower mortality than the French male population as a whole, in spite of what we know about the widespread use of doping in professional cycling. 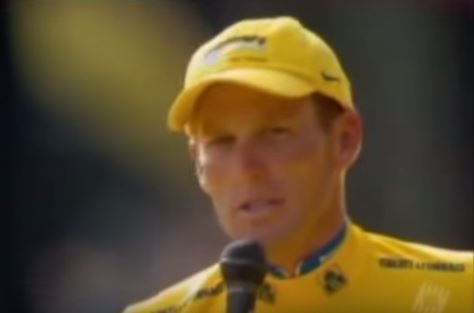 Some may hold that even small potential risks would be a sufficient reason to ban all forms of doping. But then nearly everything we do has some degree of risk. Drinking too much water can be harmful, so can over-training. Besides, we don’t ban sports like NFL, boxing, rugby and skiing, which arguably pose more health risks to athletes than doping.

It’s doubtful also that doping is necessarily contrary to the spirit of sport. Physiological doping agents like EPO and steroids harness natural physiological processes; they don’t give athletes any shortcut route to success. Competitors use them because it allows them to train much harder and to recover from injuries much faster; the substances themselves won’t magically bring about success. Tyler Hamilton excellently illustrates this point in his memoir, The Secret Race: 'EPO granted the ability to suffer more; to push yourself farther and harder than you’d ever imagined, in both training and racing. It rewarded precisely what I was good at: having a great work ethic, pushing myself to the limit and past it'.

What’s more, no one really believes that training facilities, equipment design, or video technology for study purposes, corrupts the essence of sport. In track and field, for example, athletes run on superfast track surfaces, sprinters use starting blocks to enhance acceleration, and pole-vaulters now use fibreglass poles to achieve greater height. What makes performance-enhancing drugs different?

To be sure, there are certain things that would go against the spirit of sport that ought not to be permitted: having engines on racing boats would obviously go against the integrity of rowing; or putting jetpacks on swimmers’ backs would be contrary to the spirit of swimming. And, possibly, forms of mental doping that would help athletes overcome fear, anxiety, or nerves should be banned also, since they could undermine the need for determination, bravery and prowess – all of which are integral aspects of sport. Luckily, the substances used for these kinds of enhancements are somewhat easy to detect. But, as I’ve said earlier, normal physiological forms of doping, which could allow athletes to recover better from injuries and have prolonged sporting careers, don’t seem to violate the integrity of sport in this manner.

The risks of performance-enhancing drugs have been exaggerated, and it’s questionable that policies of zero-tolerance can be successfully enforced. Removing the ban would have other benefits too: less cheating and the narrowing of the gap between the cheaters and honest competitors. In light of all this, perhaps it’s time we considered lifting the ban on doping.