Ireland's Fastest Woman Ever Reaping Benefits Of Move To Waterford

Phil Healy is in the form of her life. It's an indisputable fact.

The latter two were also the Irish records - she's now the fastest Irish woman ever over 100m and 200m.

"I was tagged in a tweet earlier that it's the first time in 40 years that a woman has the 100m and 200m records," Healy told Balls just a day after breaking the 200m record at the Cork City Sports earlier this month. Michelle Carroll was the last woman to achieve the feat Healy mentions.

That 200m run made her first Irish woman to dip below 23 seconds for the distance, bettering Sarah Reilly's 17-year-old mark of 23.02.

"The signs have always been there. Like, I've been in a training block for the last four weeks. I've been saying to my coach Shane McCormack, 'Just let me race', but obviously I had to finish out the block.

"Conditions were not ideal, there was a strong headwind on the bend. So I was like, 'Right, this might not happen.'

"I had a really quick Canadian outside me and I knew if I ran her down on the bend and just transitioned off, quick time would be possible.

"It was exciting and the atmosphere was absolutely super."

An effervescent character made all the bubblier by her recent exploits, the 23-year-old believes there are even faster times in her future.

When she broke the 100m record at Morton Stadium in June - beating the previous record jointly held by Ailis McSweeney and Amy Foster at 11.40 -  she did so in what was supposed to be a warm-up run for the 400m later in the evening. Five weeks earlier, she had run 11.16 but the wind was well over the legal limit at 3m/s.

"I was saying to Shane that I wanted a run out to practice pacing. We were looking at the weather and conditions were looking ideal for the 100m as well. We said we'd have a blowout before the 400m race and take it into Geneva that weekend as well.

"Sometimes, it's hard to get yourself up for such a low key race when there's hardly anyone there.

"It was just exciting to jump in and break the record, under the radar." 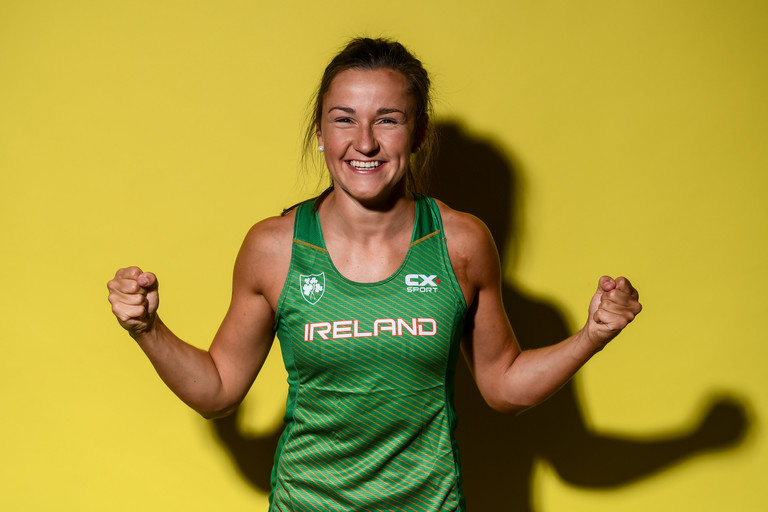 Shane McCormack has been her coach since late 2013. For the majority of that time, the two worked remotely; the athlete in college at UCC and the coach based between Wexford and Waterford.

While it worked, it was not an ideal dynamic. That changed this year when Healy moved to Waterford to start a part-time Masters course at WIT.

"Cork ran its time. What we achieved in Cork for four years was absolutely super be we were remote.

"He might have seen me every second week, sometimes it was once a month.

"When I didn't have a group there, he just made it work. It just shows how talented he is in getting me motivated and getting the best out of me. We went to major championships every single year and we overachieved to a point for our set-up.

"This year, I moved to Waterford and I'm reaping all the benefits of that."

That closer contact with her coach has put the accelerator pedal down on her career.

Shane sees everything. He can make the tweaks - if he wants to add something in or take something back.

If I was in Cork, I was just running the session that was on paper, basically, and racing with the stopwatch as my coach.

We could be timing a rep now and the time may not be good but he'd see different aspects to it. His eyes are on me, seeing what form I'm in and if he has to add something in or pull something back. He's made lots of tweaks throughout the season. He makes the big calls for me. He'll decide if I'm racing or not.

It just makes everything so much easier having the whole training group around. The majority of them are lads. It gets them to step up because they don't want to be beaten by me in training. I also have them to chase.

Next year will be the final one of her Masters in Waterford but she won't be leaving the city. Healy can see herself staying there for next few years at least.

"It's what works. We've a great team around us between physios, psychologists, nutritionists, physiologists - there's a great team. Shane is the main leader, controls everything.

"He knows what works for me, what doesn't work, the right times to bring people in and the wrong times."

These are exciting days in Irish athletics. Records are being broken and young talents are winning medals at international level. The Irish women's U20 4x100m relay team won silver at the World Championships in Finland earlier this month. 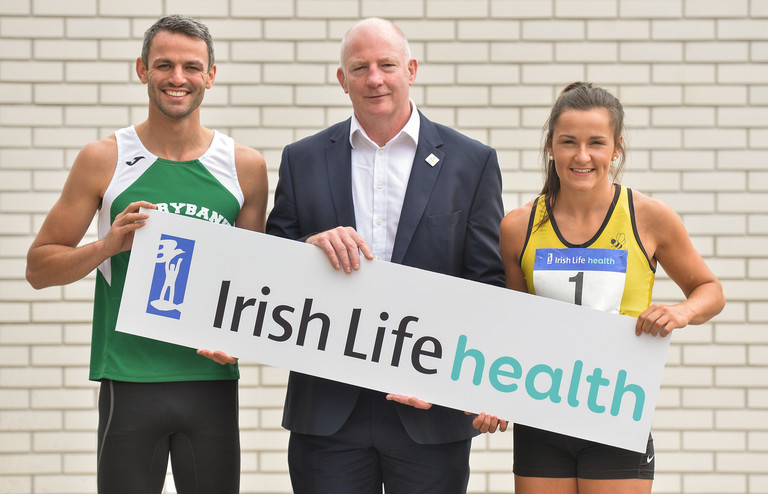 Healy and her sister Joan ran the relay with two members of that medal-winning team at the Diamond League meeting in London last weekend. She will do so again at next month's European Championships in Berlin.

"Now, they see a new target at 11.2. It gets everyone to step up and everyone to work together building into the relay, everyone working as a unit."

The 100m and 200m will be Healy's races in Berlin as she chooses to forgo the 400m. That distance - one she has previously called her preferred event - is a long-term objective.

"It's an absolute speed event and becoming more so. It's all about getting through 200 as quickly as possible.

"If you build on the speed across the 100m and 200m, you'll obviously have more in reserve to come home in the last 200m and be comfortable going through in the first 200m.

"Capitalise on the speed that we have at the moment and transition that into the 400m in years to come."

Phil Healy was speaking at the launch of the Irish Life Health National Senior Track & Field Championships which takes place this weekend, July 28 and 29, at Morton Stadium, Santry.

GAA
10 months ago
By PJ Browne
'I Love Speed. Liam Challenged Me To Bring Some Element Of That To The Team'
Previous Next