POLL: Who Should Be The Final Representative On Cork's Mount Rushmore?

As part of Balls.ie's Cork Week, we are carving out a Cork Mount Rushmore.

At the moment, we're looking at sculpting the faces of winners into the Slieve Miskish Mountains in the Beara Peninsula although if this becomes unfeasible there is talk of giant sculpture floating up the Lee.

Yesterday was the GAA representative. Balls can now project that Christy Ring has seen off the spirited challenge of Jimmy Barry Murphy to join Roy Keane and Ronan O'Gara on Mount Rushmore.

Today is 'other' sportspeople and here are the nominees. 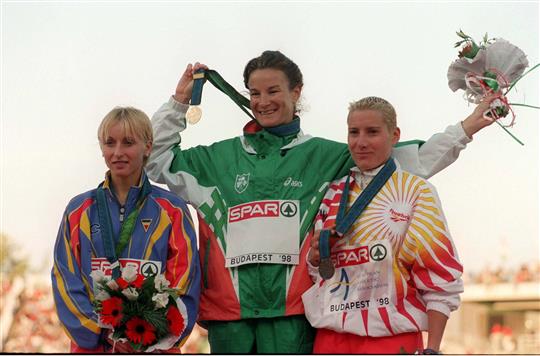 For those born in the 1980s, a demographic which accounts for a hefty portion of our readership, Sonia was part of their childhood. One of those people known universally by their first name. There is no clearer marker of intense fame. Thanks, in part, to the disappearance of the women's 2000m from track and field, she remains a world record holder to this day.

The daughter of a former Cobh Ramblers' goalkeeper, she shot to national prominence at the Barcelona Olympics in 1992, finishing in 4th place behind two ex-Soviet runners (then competing under the very short-lived CIS banner) and Canadian runner Angela Chalmers, who beat her to the bronze. The following year brought a silver medal in the World Championships at 1500m. Soon, we were looking at gold medals.

She won gold at the 1994 Europeans, breezing past Scottish runner Yvonne Murray in the final 200. Her finest hour came the following year in Gothenburg, when she won gold in the 5000m beating 10,000 winner Fernando Ribeiro into second spot.

Then came the trauma of Atlanta, the most depressing Olympics Ireland has ever endured and the greatest disappontment Sonia ever suffered personally. Her career appeared to be on the wane. But after two quiet years, she bounced back memorably at the European Championships, winning golds at both 5000 and 10,000m.

All eyes were trained on the Olympics. In the final, she appeared in prime position for the gold, with only her old foe, the slight blonde Romanian Gabrielle Szabo, in front of her. Unlike two years earlier, Szabo dug in and just had enough to pass the finish line ahead of O'Sullivan. Still, a silver medal was some reward after the harrowing events of Atlanta, a games which, but for sickness, would have represented her peak.

Last year, a statue was unveiled of her in her hometown in Cobh.

Ireland's only ever double Olympic gold medallist. (Well, until 1996 anyway...)

Born in Kanturk in 1905, O'Callaghan excelled at every sport he tried. In particular, he played Gaelic football to a high level, his uncle Tim Vaughan having already lined out for Cork in the 1890s.

The Tipperary Star write that on first seeing a hammer being thrown, O'Callaghan sourced an old canon-ball from in Macroom Castle, fitted a handle and a wire onto it and began training for the hammer throw on his family farm.

By 1927, he was a national champion. Ireland had a formidable reputation in the hammer throw in the early twentieth centuries. Irish hammer throwers - the famous Irish Whales - had dominated the event in the very earliest years of the 20th century. However, they typically won their medals under an American flag. These ferociously nationalist athletes won buckets of Olympic medals, and one of their number was almost responsible for causing an international incident by failing to dip the US flag for King George at the 1908 Olympics in London.

But O'Callaghan was the first to win under the Irish flag. An outsider in Amsterdam in 1928, he threw 168'7 on his second throw, taking him past the mark set by Swedish leader Oissian Skoeld. It was Ireland's first gold at the Olympic Games.

I hope by Berlin that the Irish will have five or six (gold medals), instead of a couple.

A world championship gold medal winner and a belated Olympic medallist. Heffernan has been consistently near the summit of world race walking in the past decade.

His first top ten finish on world scene came in the Worlds in Osaka, Japan in 2007. In the early part of this decade, the medals started to arrive, even if they were slow in being delivered.

Twice in his career, he has been upgraded to a medal position after the disqualification of Russian dopers. He believed he had finished 4th at both the 2010 European Championships and the 2012 London Olympics. Years later, he would receive notification that Russian medallists from those races were under investigation. He would be upgraded on both occasions.

In March 2016, the Court of Arbitration for Sport formally stripped the Russian winner in 2012 of his gold medal and disqualified him from the race. Heffernan was bumped up to third and has entered the record books as an Olympic bronze medallist. He became Cork's third Olympic medallist. 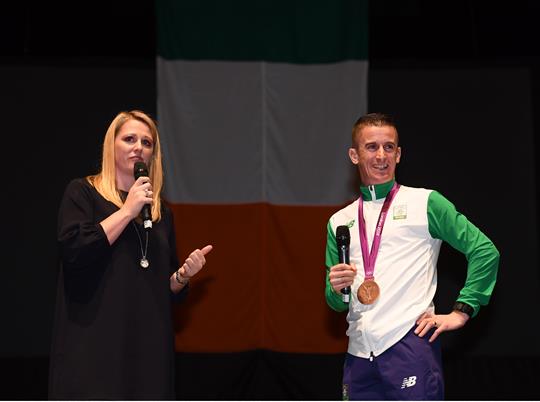 In between, he won the gold medal in the 50km walk in 2013 - in Moscow of all places. His finest hour and the moment when he properly was accepted among the first rank of Irish athletes. Race walkers have often been overlooked.

Speaking to Balls.ie for Cork Week, Donal Lenihan cited Rob Heffernan as the Cork athlete from the modern day he admires most.

In the modern day, the one fella I really admire most and probably hasn't got the credit he deserves, is Rob Heffernan. You look at the consistent level of performances he's had in an unbelievably grueling sport. It's not one of the sexiest sport to be watching. Thrilled that he eventually got his bronze medal from the 2012 Olympics. I think he's an unsung hero of Cork sport. It was great to see him get that Olympic medal even if it was three or four years delayed.

The world's greatest ever horse trainer came from Cork. A 2003 Racing Post poll to find the greatest influence in horse racing history was won by O'Brien.

A giant of both national hunt and flat racing. He trained six horses to win the Epson Derby, and won three Grand Nationals in a row with three different horses.

He collected numerous Cheltenham Gold Cups with Cottage Rake and Knock Hard. He won three Champion Hurdles in a row with hatton's Grace.

Only one horse has won the UK Triple Crown since the end of the Second World War. Vincent O'Brien's Nijinsky won the lot in 1970 and no horse has done it since. In his later years, he formed a glorious partnership with the great Lester Piggott.

While associated with Ballydoyle in Tipperary, the location of his famous stables, O'Brien was born in Churchtown in Cork.

The Napoleon of the Ring. His peak was reached in the same century of Napoleon's death. McAuliffe, whose achievements may be lost on most milennials, was World Lightweight Champion in the late 19th century (1886-93) and has been inducted into the The Ring Boxing Hall of Fame and the World Boxing Hall of Fame.

To get his name carved on Mt. Rushmore, his campaign may need an army of historians taking to social media tonight in an attempt to persuade the current generation of his worth. We need John A Murphy and co. to come into their own here. 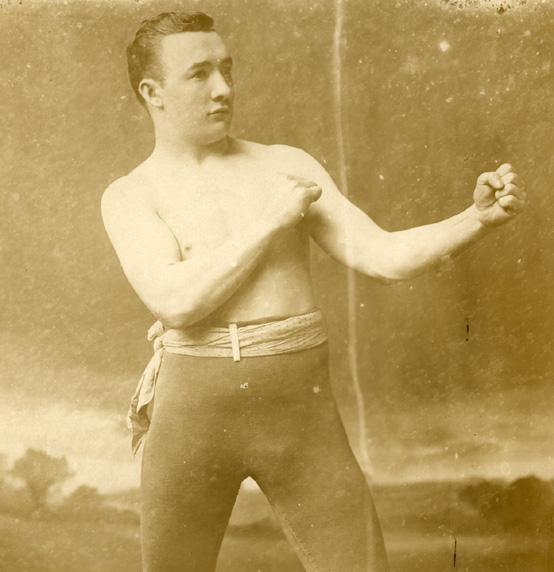 Born in Christchurch Lane in Cork in 1866, he emigrated to America in the 1870s. At 20, he was world lightweight champion after knocking out Billy Frazier.

Like Rocky Marciano, he retired undefeated. In 30 bouts, he won 25 with the other five being declared draws.

As the Irish Examiner wrote last year, McAuliffe was a "dedicated humanitarian. He opened soup kitchens and lodging houses for the destitute and homeless around his home in New York city."

In retirement, he worked as a bookmaker. He died in Queens in 1937.

Our sculptors will have their work cut out to carve two O'Donovan heads into Cork's Mt. Rushmore. Imagine if they decided to carve the two President George Bush's into the American Mt. Rushmore.

We toyed with the idea of only selecting one of them, as RTE have. But we didn't have the heart to do it.

As all bar customers of Virgin Media are aware, they became national superstars during the Olympics. Ireland's finest rural comedy duo since D'Unbelievables. This rather obscured the scale of their achievements.

After fourth place finishes in 1976 and 1996, Ireland finally had an Olympic medallist in rowing. Neville Maxwell choked up in the RTE studio.

The brothers' cheerful but shoulder shrugging reaction to this achievement was total Cork. They noted that they'd to get out of Rio sharpish because Mick Conlan had threatened to box the head off them if they didn't win gold.

Lastly, we've chosen to nominate a modern Cork sporting icon. First attracted national headlines in 2006 for her exploits in Moscow and Gothenburg. She won gold in the 60m hurdles in the world indoors in the Russian capital, continuing Ireland's strong tradition in indoor events.

Hampered by injury, she failed to make it into the final shakeup in Beijing. But she recovered to enjoy one of her best years in 2010. In between, she ran a personal best in the 2009 World Championships in Berlin, finishing in 4th and just outside the medals. She broke that record again, setting a new one at the European championships in Barcelona. 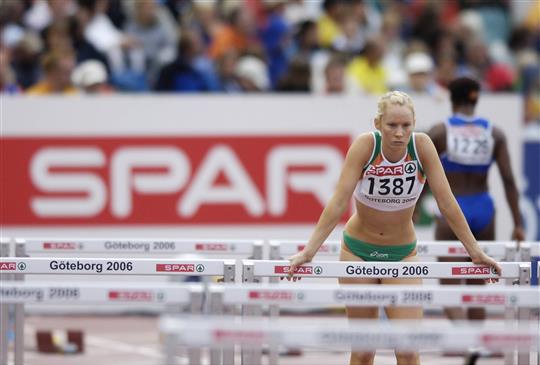 She joined very august company in 2010 when she became the fifth Irish athlete to be selected to represent Europe in the IAAF Continental Cup. Her predecessors include John Treacy, Eamonn Coghlan, John Doherty, and Sonia O'Sullivan.