Rhasidat Adeleke has stormed to gold at the U20 European Athletics Championships this afternoon, destroying the field in her 200-metre final.

The Dubliner was the heavy favourite entering the final in Estonia, hoping to complete an impressive double after her gold medal finish in the 100-metres yesterday.

The 18-year old looked very comfortable during her semi-final earlier in the afternoon, easing up as she reached the line.

So smooth, so controlled! 🙌@rhasidatadeleke 🇮🇪 moves one step closer to the sprint double with the fastest time in the 200m semifinals.

The 100/200m double had not been achieved at this championships since 2011, when future European medalist Jodie Williams accomplished the feat.

Plenty of pressure was on Adeleke to match that today, but she certainly didn't disappoint.

She would win the race in a time of 22.90, smashing her own Irish 200m national record in the process. What's more, she even looked as though she could have pushed herself much harder towards the end.

The previous mark was 22.96, which she set earlier this year.

Six races in three days? No problem for @rhasidatadeleke! 👌

Adeleke becomes the first athlete since Jodie Williams a decade ago to win a 100/200m double at the European U20 Championships! 🥇🥇#Tallinn2021 pic.twitter.com/6nZrVyPKF4

The gap between Adeleke and the rest of the field was astonishing. 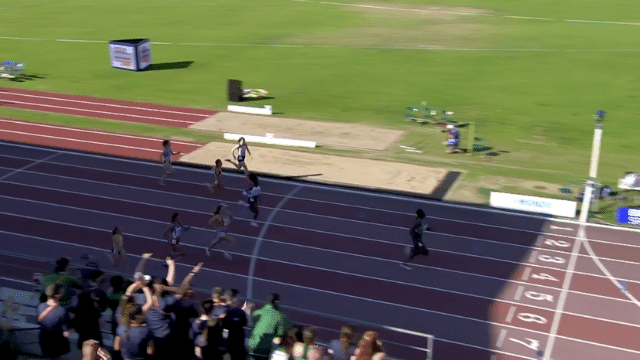 This is just the latest achievement in what has already been a massively impressive career for Adeleke. She has already won gold at Youth Olympic and European U18 level, as well as a Irish senior 100m title.

That is not even to mention her exploits during her first year at the University of Texas.

A young athlete with a huge future. 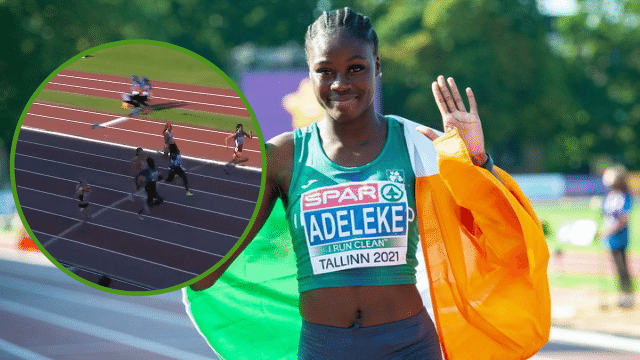