This weekend around Ireland, many people ran the hardest marathon of their life. Running 26.2 miles is a great challenge for most mortals. Doing it all alone, without runners to pace you and loved ones and randomers on the side of the road to shout you on, is an even more daunting slog. Yet we live in changed times and for many, training for a marathon over the past few months has provided a wonderful sense of structure and purpose, even if this year's KBC Virtual Dublin Marathon was unlike any other.

Sean Hehir was one of the elite Irish runners who took on the 'virtual' challenge this year. Hehir, of course, is of the best marathon runners in the country, having won the 2013 iteration of Ireland's premiere marathon. But this year's run was about much more than trophies. Hehir was in a serious road accident back in December and there must have been moments during his rehab when he wondered if he'd be anywhere near the starting line come October bank holiday.

Sean explained the accident to Mark McCadden of The Star over the weekend:

'I went out for a run and the next memory I had was waking up in the hospital later that night with my wife, sister and a good friend of mine who’s a Garda at the bottom of the bed.

'I was out for close to nine or 10 hours. I had a lot of facial breaks, lacerations, broken shoulder, concussion, memory loss, bruising up and down the body... you name it.

'It was very challenging for the few months after that.'

Yet the Clareman finished with the fastest time of anyone running the virtual Dublin marathon, finishing with a massively impressive time of 2:21:43. And while he might have failed to extend his streak of eight consecutive sub-2.20 marathons, we imagine he was pretty pleased with how yesterday's run turned out. 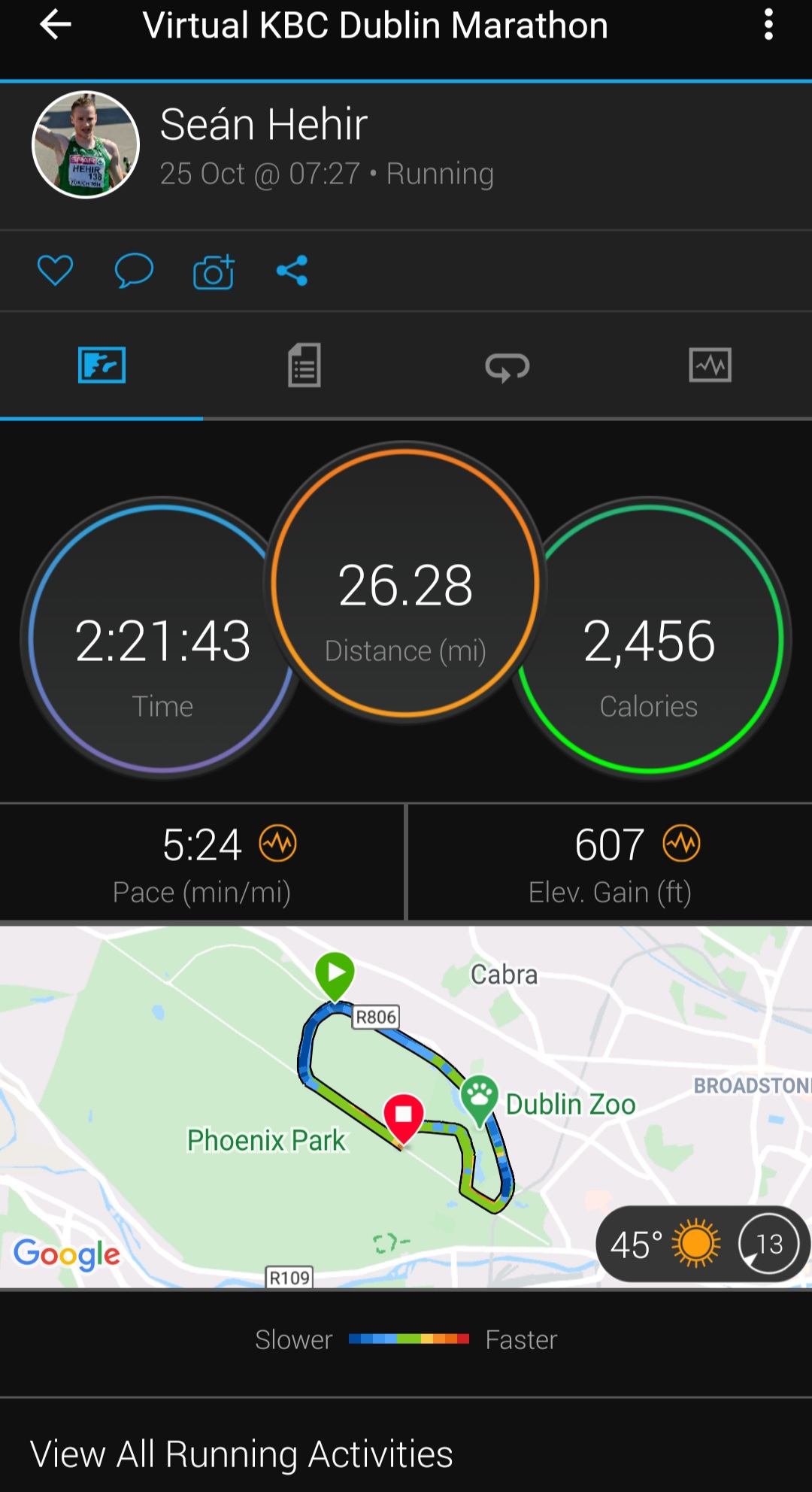 'No sub2:20 but no complaints,' he tweeted after the run. Mary Walsh, who runs with Raheny, ran the fastest women’s time with 2:57:47. Well done to everyone who took on the challenge of a virtual marathon. 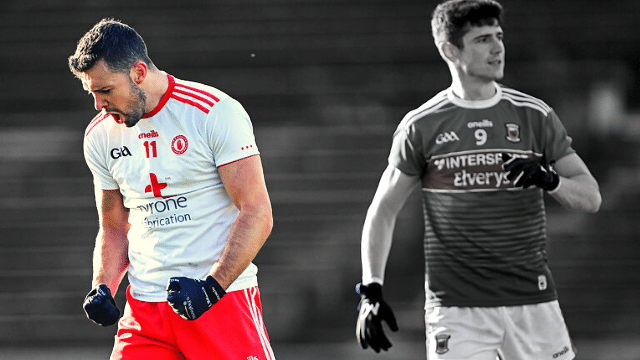