"I'm already saying soccer!" says Sean Roth, scolding himself that he's picking up what he considers American slang. His annoyance is allayed when told we flit between calling the sport both football and soccer in Ireland. Still, "We'll call it football," he says.

Roth has been in Kentucky since August. Despite his worries, little twangs of an Irish accent are strummed more than any American, and a German one still dominates.

The 23-year-old, born in Düsseldorf to a mother from Tipperary and a father from Germany, is Ireland's best pole vaulter right now. Earlier this month, competing for the University of Louisville, he broke Brian McGovern's nine-year-old Irish indoor record by 9cm with a 5.31m vault in Virginia.

"It was actually unreal," he says about an effort which was also a new school best.

"There was so much space, and I was like, 'Wait, what? This is 5.31m!' It was really surprising. I enjoyed the feeling.

"I tried to keep down my emotions to be able to take the next height too. I was in good shape. If I didn't have the injuries, and the cramps the week beforehand, I would have tried to get even higher. We were at 5.46m after that. I just did one jump and I realised, 'Nah, my body's not ready for that'."

Given the three weeks he had prior to setting the record, it's surprising that his body was able for anything other than laying on a physio's table. In mid-January, while crossing the street from the university library to his accommodation, Roth was hit by a car.

"I wasn't paying too much attention, jay-walking," he says.

I saw that the lights were red for the cars, and I started walking. Then there were two trucks blocking the road for me to see if there was another car behind that.

This cab came racing onto me. I was like, 'Oh, shit!' I took a leap and the car hit me by my waist. The windscreen hit me - I was really, really lucky. I was very fortunate to be able to walk away from that.

I had a cut on my hip, but for the amount of impact it was, that was really lucky. I managed to crack the glass, did a turn and landed on the grass. The next day, I had whiplash.

I was out [of training] for a day. We did a lot of rehab, tried to figure out if anything was broken or if I had a concussion.

The only issue was that I tried to compete three or four days after that, and that's when I managed to roll my ankle because it was too much. You live and learn: next time I get into a car crash, I'll try to take it easy for a while!

The heights needed to break Irish records have always been in the back of Roth's mind. On his list of aims for 2020 - what was supposed to be an Olympic year - was breaking the Irish outdoor record of 5.36m, also held by Brian McGovern.

Roth was just 12 when the possibility that he could wear the Irish singlet was raised. He still remembers that dinner table conversation with his mother, Jayne, who suggested he could join Dundrum South Dublin AC.

"We started thinking about the possibility of ever going international, and who would I compete for; it was pretty clear that I wanted to find that way back to Ireland, and be able to compete for Ireland," he says.

"That first connection was made in that conversation. I was like, 'Oh my God, that would be so cool'. I grew up speaking English. That was another thing that reminded me that I'm not only German, I'm also Irish.

"My mum loves Ireland. She really misses it. She always gave us a glorified version of Ireland. Since then, I knew that, 'I'm Irish as much as I am German', even though I've never lived there.

"I think it's a feeling. You don't necessarily have to live somewhere all your life to feel like you are part of Ireland. I'm happy to see Mum be so full of emotion when I wear the Irish uniform. "

Roth grew up doing multiple sports - football, field hockey, judo. "It wasn't really where I wanted to be as an athlete," he explains.

"I was very ambitious. I made a shift away from team sports into single sports.

"I was pretty bad at the beginning. I did decathlon. High jump and pole vault were the ones I was pretty good at but pole vault was definitely the one I was best at. I kind of stuck with it. I was really fortunate to be close to really good coaches.

"I was training with Bo Kanda Lita Baehre who's one of the best athletes up there right now. Since I started, I wasn't as good as him, because he's just mad.

"I just really enjoyed pole vaulting. I loved the flying part. I loved the energy. The challenges. It was just so different from everything that I'd done beforehand.

"I never really thought of myself being good at it, I just wasn't bad at it."

After finishing his undergraduate degree in Cologne, Roth was left with a choice: Get a full-time job and give up his ambition to progress as a pole vaulter or find another way.

"America was the only one where I saw the capability of continuing studying, and evolving in pole vault," he says.

"That's exactly what I wanted to do. It was a decision of three or four months to make that move.

"I reached out to universities and Louisville was the absolute best match. I didn't even go for a visit! I just got on the airplane, and was like 'I'm here!' That's how I landed in Louisville, Kentucky. There's no way I regret this move. It's probably the best thing I could have done.

"Back home in Germany, I went to university in Cologne. I had to work, not full-time, but student jobs. I did that for three-and-a-half years until I finished my undergrad.

"I only had practice for two hours, five or six days a week. Most of the time, I was on the train, travelling from Cologne to Leverkusen, from Leverkusen to Düsseldorf. That was all my day, going to university, and then being home for 20 minutes, and then having the next thing going on.

"Here I have two things: university and track. I spend a lot of time with our athletic trainer. We have a strength and conditioning coach, we have a mental coach, a psychologist, a nutritionist. You reach out to them and then work with them for weeks as much as you need them."

Roth is doing a two-year MBA programme. He trains in the morning or afternoon and studies in the evening. It's a hot house for his pole vault ambitions; as close as he could get to being a professional without going professional.

"The Americans are good at creating speed, creating power," he says.

"My technique from Germany was decent. I never had a problem with that. The problems I had were I wasn't fast enough or strong enough. This is what we're working on here, making that speed and power transition into my technique.

Like every other athlete, the Olympics are his big aim. A jump of 5.80m would get him a ticket to Tokyo, but there is another way.

"There's a five or 10 per cent possibility of making 5.80m but [World Athletics] changed their rules.

"I might be able to jump 5.60m or 5.70m, and still be high enough in the rankings to actually qualify for the Olympics.

"This is probably a far stretch. Just because it's my passion, I don't see the reason to stop. I could go to a nine-to-five job instead, but this is what I really want to do.

"You work really hard on really small things, and then those small things add up to bigger things. That is what makes you the better athlete. That's an inspiring thing, and that's what I enjoy doing." 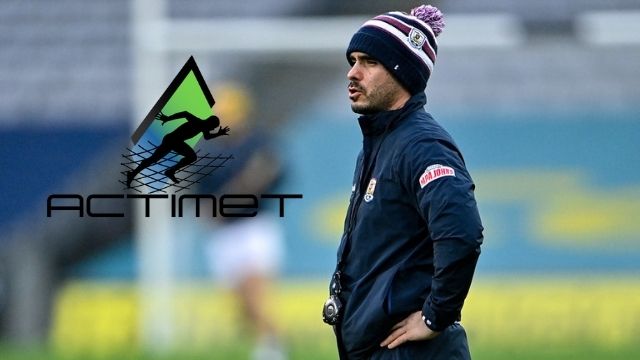 Athletics
11 months ago
By PJ Browne
'The One I Get The Most Is, 'How Can You Be Irish When You're Black?''
Previous Next